Built circa 1840, the Cowan-Ramser House is one of the oldest surviving Greek Revival residences in Eufaula. Although the home was last used as Mr. Colonel White & Sons Funeral Home, the house was originally built as a private residence for William Cowan, who was one of Eufaula’s earliest physicians. Cowan and his wife had eight children, three of whom tragically died young. They also raised his wife’s orphaned brother. The couple’s daughters married wealthy district attorneys or state senators. One of Cowan’s sons served as an officer during the Civil War. In 1859, after Cowan’s death, one of his sons inherited the property. A few years later, in 1862, tragedy struck after a member of the Cowan family known for sleepwalking fell from the porch balcony becoming paralyzed. After the Civil War, the property was sold to Jacob Ramser, a Swiss furniture craftsman. While living in Eufaula, Ramser got married, became a member of the city council, and held the position of mayor as well as superintendent of education. Ramser and his wife had four children. After he died in 1892, his son inherited the property.

The Lewis family purchased the property around 1948 and the house was renovated for use as Colonel White’s Funeral Home (later White and Sons Funeral Home). For decades, the Lewis family operated a funeral business downstairs and lived upstairs. When Colonel White passed away, they decided to close the funeral business. His wife continued to live in the house until she died in 2004. In 2017, a windstorm damaged the roof and broke several windows. The storm damage was exacerbated by Hurricane Michael a year later. Today, the house is owned by a family member living in Florida. The old home suffers from severe water intrusion and deteriorates further with each passing day. The owners have applied for an emergency loan from the Alabama Trust’s Endangered Property Trust Fund, but this loan cannot cover the costs. The Eufaula Heritage Association is supporting the restoration of the house. In 2019, Places in Peril listed the house to provide statewide awareness of the ongoing issue. 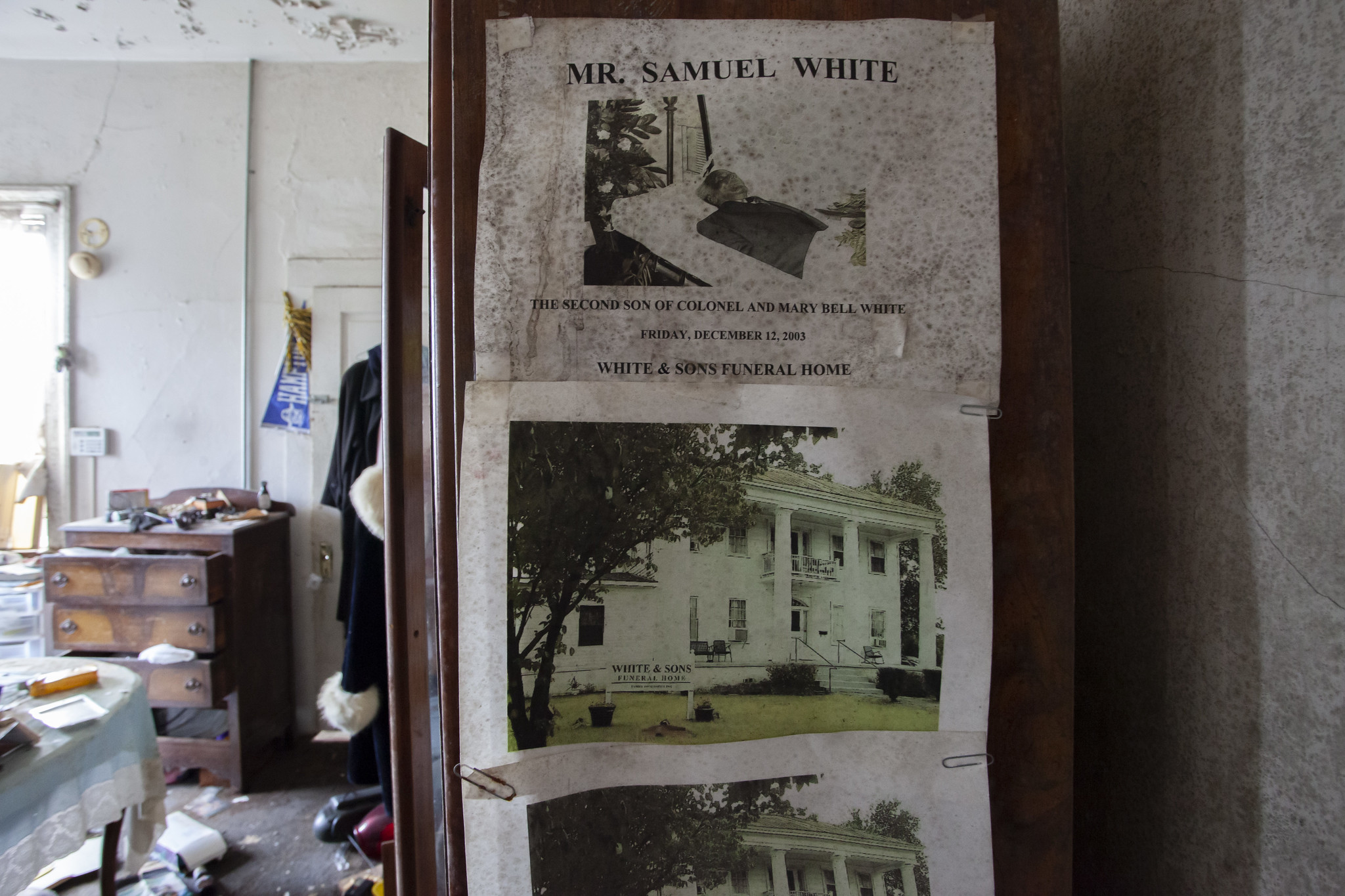 You can find me on Facebook, Instagram, Twitter, and TikTok. For more abandoned places from across Alabama, check out my books Abandoned Alabama: Exploring the Heart of Dixie and Abandoned Birmingham. If you would like to receive the Abandoned Southeast blog in your email, sign up below or on the main page.