Reverend George L. Pike grew up in a small Southern Baptist church where he became a Christian as a teenager. By the time he was in his late 20s, Pike was ordained into the Church of God. In 1966, at the age of 37, he founded his non-profit organization in Olive Branch, Mississippi under the chartered name of Jesus Christ Eternal Kingdom of Abundant Life, Inc. Pike’s organization set up training and ordination for those entering the ministry. Over 80 churches internationally grew out of the organization.

In 1970, George Pike moved to Monroe, Georgia. He purchased a 70-acre tract of land that he named Little Bethlehem, affectionately referred to as the “The Home of the Soul.” Pike soon after began to build his international headquarters for world evangelism. Little Bethlehem is not affiliated with any specific denomination. George Pike focused his message and ministry on the final book of the King James Version of the Bible, “The Revelation of Jesus Christ.” The basis of his message is that God reveals Himself to humanity through shapes, symbols just as society uses letters, numbers, and sounds to define, describe and prove theory and understanding. Pike’s sole purpose was to spread the gospel of Jesus Christ to all humankind.

The chapel was constructed in 1970 by George Pike and his fellow church members. He solely depended on donations from the congregation to build the church. Over time, the building became a patchwork of materials and equipment. It was not uncommon for several hundred people to attend church services at Little Bethlehem. The church grew to become a home for dozens of families from all over the United States. Only a small number of members or residents were from the local area. The actual residents on the property were made up of missionary families from dozens of states, including New York and California. There were even some families from other countries, who had or were in the process of becoming U.S. citizens. 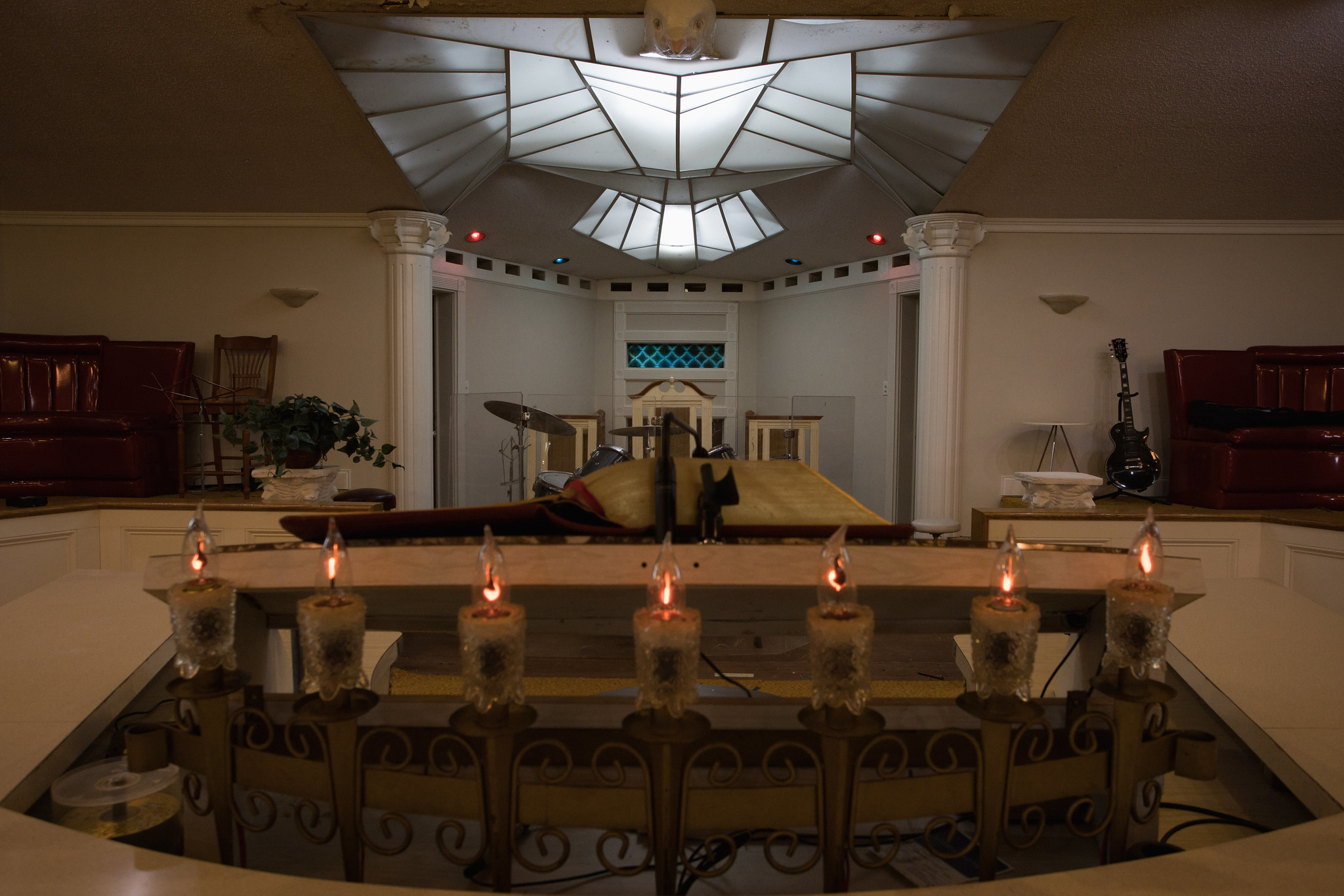 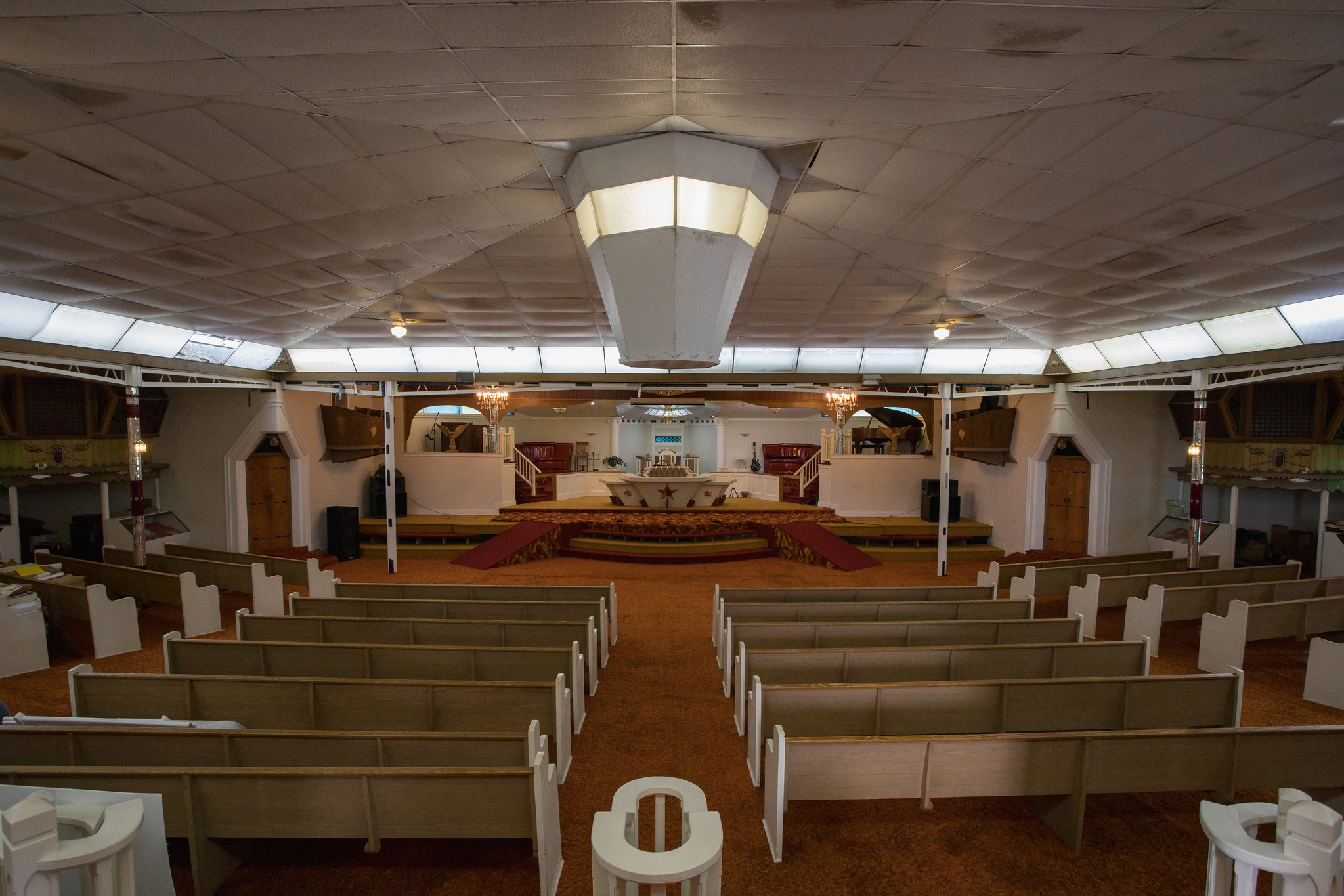 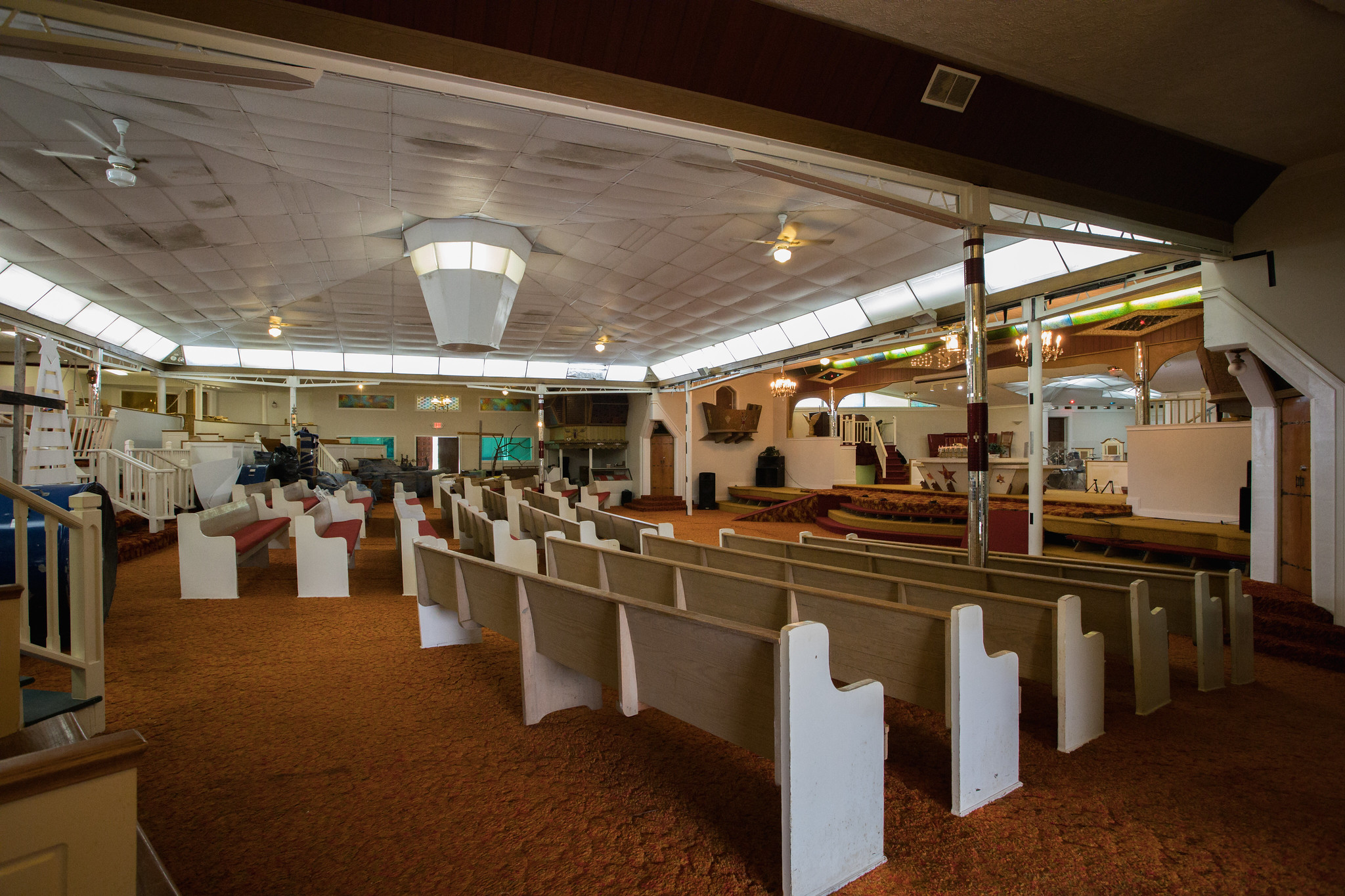 The local townspeople were not accustomed to Pike’s charismatic ministry. His unconventional style and old school Southern Baptist teachings were polarizing to some, while others revered Pike as a prophet. During the late 70s and early 80s, the church experienced its most substaintial growth when three churches rom different states relocated to Little Bethlehem after hearing Pike speak at a revival. Soon after, rumors began to swirl about George Pike and his ministry.

There were rumors Pike would take the congregation’s money and only give them back what he thought they needed to live on. However, it is untrue. In fact, George Pike never handled or involved himself with the financial responsibilities of the church. He was known to never carry cash or credit cards. The men of the church would gather for weekly open meetings where decisions were made on funding, missionary, or religious endevours of any sort. The men would volunteer to carry out these tasks. They would use fundraisers or contribute from their funds to further whatever endeavors had been voted and agreed upon.

Beyong the rumors of hoarding money, there were also salacious rumors that George Pike had physical relationships with chosen women of the church. Perhaps, these rumors were fueled by local townspeople who viewed Pike’s church as a Jim Jones cult-type movement or maybe from the church’s strict dress codes. A security team was created by church members to protect Pike’s family and also to prevent Little Bethlehem from being overrun with visitors.

The church also had a strict code of ethics between males and females. Fellowship between male and female adults were mostly limited to church gatherings or group settings. Strict rules and guidelines that included dress codes, language, conversation or unsupervised, and unmonitored fellowship were in effect daily. The majority observed these rules on a rigorous and religious basis. There was zero tolerance for any infidelity by anyone, especially the pastor and leaders of the church. Any drug use, alcohol, dishonesty, or physical abuse were grounds for expulsion and ex-communication for those involved.

George Pike envisioned an open-air market at Little Bethlehem. In 1975, He built a six-sided bank known as The Reserve to be the center of the market. Church members could sell handcrafted items, healthy food, clothes, and dry goods, all at deeply discounted prices. Teller windows on the sides of the bank would have been where people came to pay for their products, deposit, or withdraw money. The nearby concrete pillars were the beginning stages of a roof that would cover half of the market. Neighbors joked that the posts were “soul launchers”, for launching the souls of Pike’s congregation into outer space.

The market operated on what Pike called Script currency, a form of paper money that was sold at equal dollar value to U.S. currency, also redeemable at any time for U.S. currency. The only individuals allowed to purchase the Script currency were church members. Pike believed this prevented non-members from having access to the community economy.

A member of Pike’s congregation once confused a blank check from The Reserve with a check from his business account with a public bank. He mistakenly paid a bill to an outside vendor with a check from The Reserve. The check cleared all the way to the Federal Reserve in Atlanta. Since it was not part of their banking currency clearing system, the FBI came to Little Bethlehem to investigate. Upon their arrival and meeting with George Pike and others, the FBI concluded that as long as the members did not use their currency or checks outside of the privately owned community businesses, then it was legal. The FBI told Pike that he could link The Reserve with the Federal Reserve so that the checks could be used at public businesses. However, Pike declined and the markets continued, with extra caution and emphasis being placed on not allowing Script currency or checks to be presented to outside businesses.

The large house at Little Bethlehem was named “The Father’s House” since it was built for George Pike by members of the church. Construction on the house started in the early 1980s. After ten years of work, there are many areas of the house that remain unfinished. Plans included adding an additional story. The spiral staircases doubled as fire escapes from the upstairs living quarters. There is also an area that was left reserved for an elevator.

The certificate of occupancy was granted in 1996. However, it is still under construction today. The blueprints for the house show it in a much more elaborate state than what has been built so far. Now referred to as, “The Manor” and “The House of DAVAD,” the home is currently lived in by one of Pike’s sons and his family. Reverend George Pike never actually moved into the home. Instead, he remained in the smaller house next door. Pike dedicated the large house as a guest house.

Reverend George L. Pike passed away unexpectedly on June 10, 1996. He is buried in a star-shaped mausoleum on the property. Church leaders began construction on the crypt in the same month Pike died. However, it was not complete until 2002-2003. George Pike’s son, David, became a senior pastor after his father’s death. He later resigned in 1999. Little Bethlehem changed hands and pastors numerous times afterward. In 2013, David Pike was invited back to pray the closing prayer and say the final words at the closing of the church. After the church closed, Little Bethlehem was left abandoned.

In 2016, David Pike and other church members purchased all of the assets and proprietary rights from the original non-profit through a corporation he started. Today, he maintains a residence at Little Bethlehem and hopes to preserve his father’s legacy.

For more photos of Little Bethlehem and many other locations across Georgia check out my book, Abandoned Georgia: Traveling the Backroads.