The Clay Theatre is a two-story Art Deco style theatre located at 326 Walnut Street in Green Cove Springs, Florida. There is a common misconception that the Clay opened in 1916 as the Palace Opera House, they shared the same owner. The Palace Opera House was located about a block away at 420 Walnut Street. Built in 137, the Clay Theatre and its construction marked the end of the historic development in the commercial sector of town. 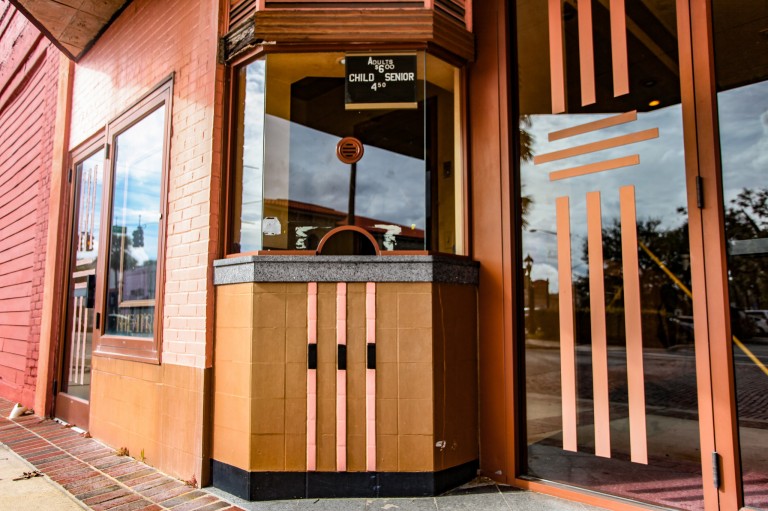 During the late 1940s, Green Cove Springs seemed to expand overnight due to the United States Navy and its fleet of 600 ships that relocated to the nearby Naval Air Station. Taxis filled the streets, shuttling sailors to the city’s many restaurants and bars, and especially to the theatres. The Clay Theatre was so busy during the 1950s that another theatre, the Cove Theatre, was built next door to accommodate an influx of customers. The theatres would play several blockbusters a night and were quite busy during the weekends. When the local Catholic church needed a larger venue for mass, the generous manager at the Clay offered the use of the building, and a Midnight Mass service was held.

The original balcony was remodeled and converted to another screen in 1992 with 224 seats downstairs and 78 upstairs. The second screen allowed for two movies to play simultaneously. The Clay Theatre closed in 2009 and was put up for sale after the owner’s health declined. Two brothers leased the theater in 2012. Their marketing focused around having the lowest movie ticket prices in Clay County, but that wasn’t enough. After being open eighteen months, the Clay Theatre closed permanently in 2014. 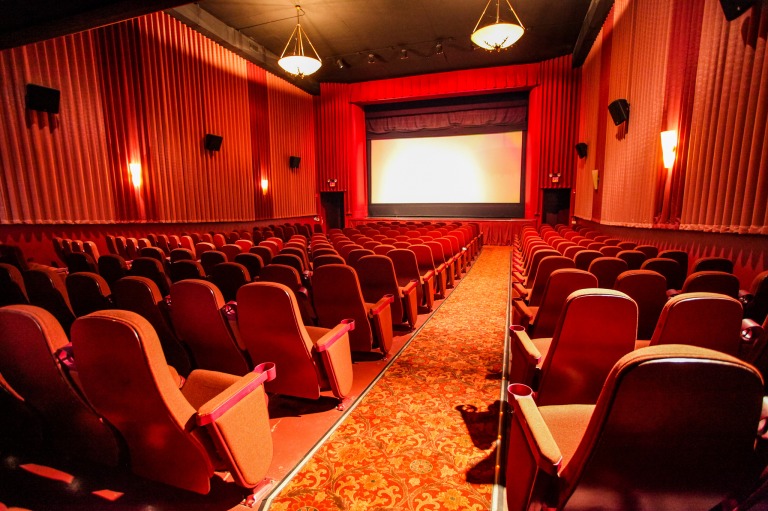 In 2017, the historic landmark was purchased by the Clay Theatre Events group, a husband and wife team, who are using their extensive contracting experience to revitalize the building. Initially, the couple wanted to reopen the theatre, but after crunching numbers, they realized it would have to be sold out for the movies to make a profit. To complicate matters, movie distributors would not allow the Clay Theatre to show new releases due to its proximity to the Fleming Island 12 theatre. This factor led to the decision to renovate the space into a premier wedding and event venue which is set to open in May 2019. You can follow their website here for renovation updates. 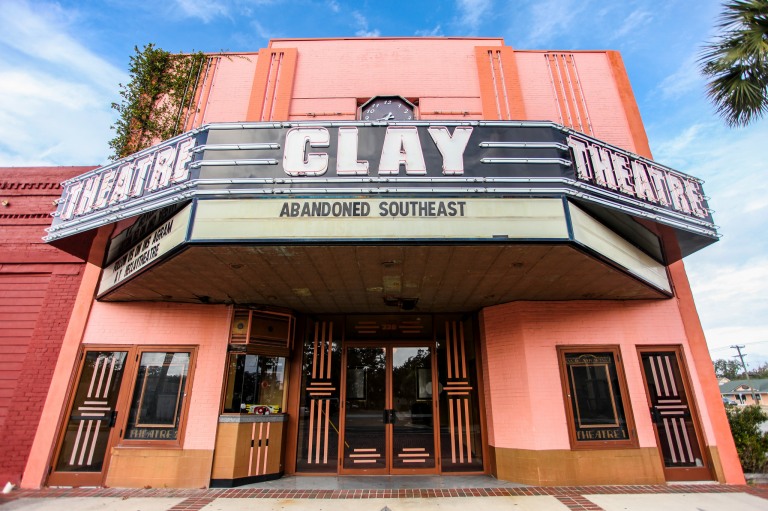