The McRainey house was the first in Baker County to have indoor plumbing, electricity, and three bathrooms. Pumping water to the second floor proved to be difficult due to a lack of pressure in the pipes. There is a brick cold storage house with eight-inch thick walls located behind the house, considered a marvel for its time. The home is rumored to have hidden doors that go to secret panic rooms and large murals on the walls.

Malcolm Archibald McRainey was married and had two children, Neal Duncan, and Malcolm Angus. At the time of his untimely death in 1914, the house was considered to be “one of the most handsome country homes in Southwest Georgia.” McRainey lived and died a man of significant repute and wealth. After his death, the house was passed down to his eldest son, Malcolm Angus McRainey. M.A. McRainey married Effie Holt. The couple never had any children of their own. When Malcolm Angus McRainey died in 1958, he left a lifetime estate to Mrs. Effie Holt. His will stated that upon her death, the property would revert to the McRainey descendants. Later on, Effie Holt remarried Charles Fulgham, and they adopted a daughter.

Mrs. Effie and her family eventually had to move out of the McRainey house and into a trailer next door due to Mr. Fulgham’s failing health. One day while the couple was at a doctor’s appointment, the McRainey house was robbed. Thieves stole all of the antique furnishings and even the decorative trim in the house. Many of Mrs. Effie’s items were taken or destroyed in the robbery. The thieves were never caught and left Mrs. Effie untrusting of anyone that would come near the property. She was known to pull a gun on anyone that stopped to take a look at the derelict mansion. Mrs. Effie passed away last year, and the home is now owned by McRainey descendants who are working to preserve and renovate the old house. 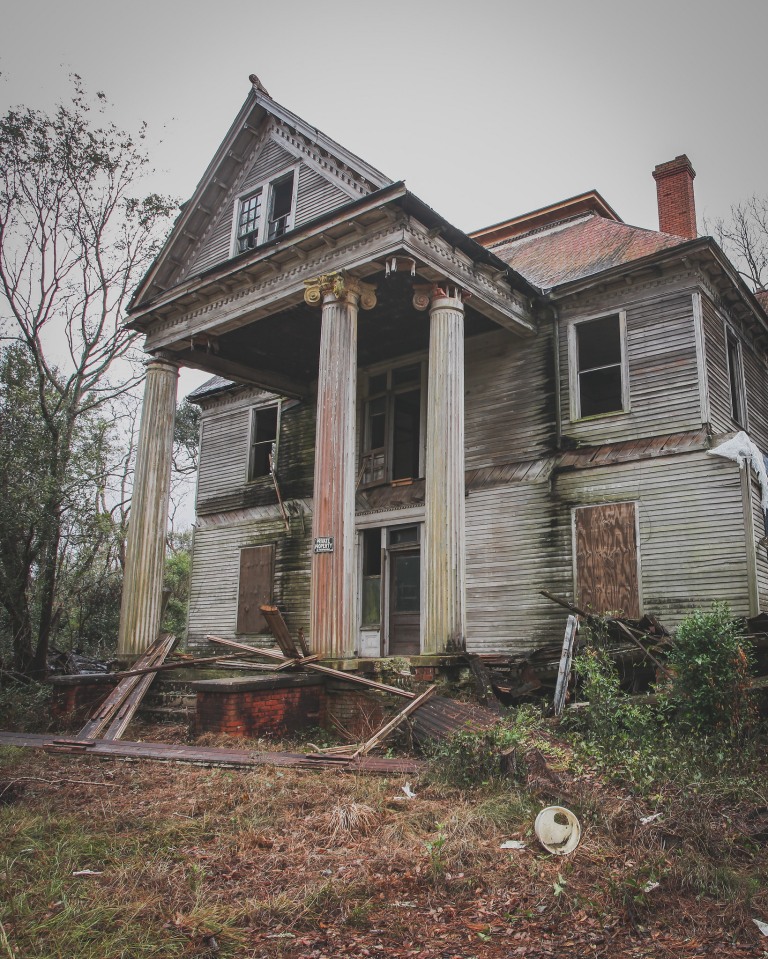