A hundred miles outside of Atlanta, forgotten antebellum homes dot the landscape throughout Hancock County, Georgia. However, there is one estate where the former owner is buried in the backyard. This sizeable two-story farmhouse was initially built by a prominent cotton farmer sometime between 1917 and 1919. The original owner sold the house in the 1930s to another family who ran a nearby mercantile store. They lived in the house for decades as an extended family. A family wedding reception was held in the home in 1939. The house was last renovated sometime in the 1950s before being sold to Dr. John McCown.

By 1960, Hancock County had become one of the poorest counties in the United States. Regardless of federal changes, segregation of all sorts continued throughout the South. Although African-Americans made up 90% of the county’s population, none held any political office in the county. 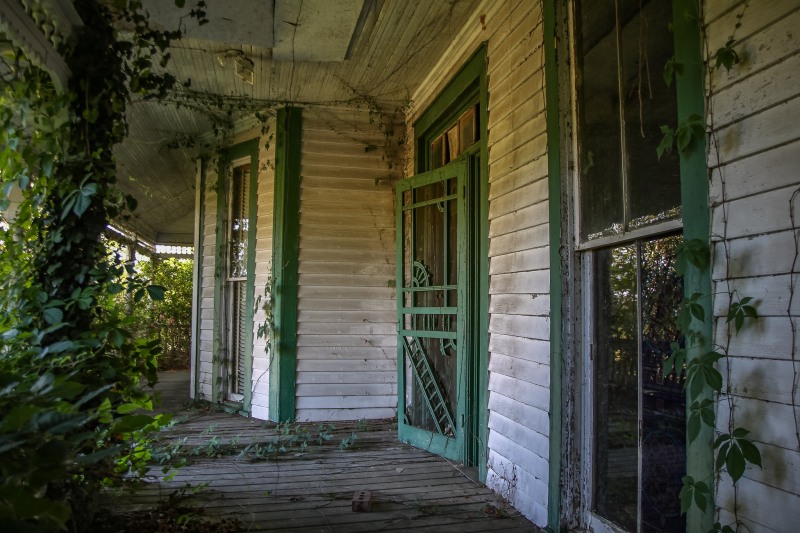 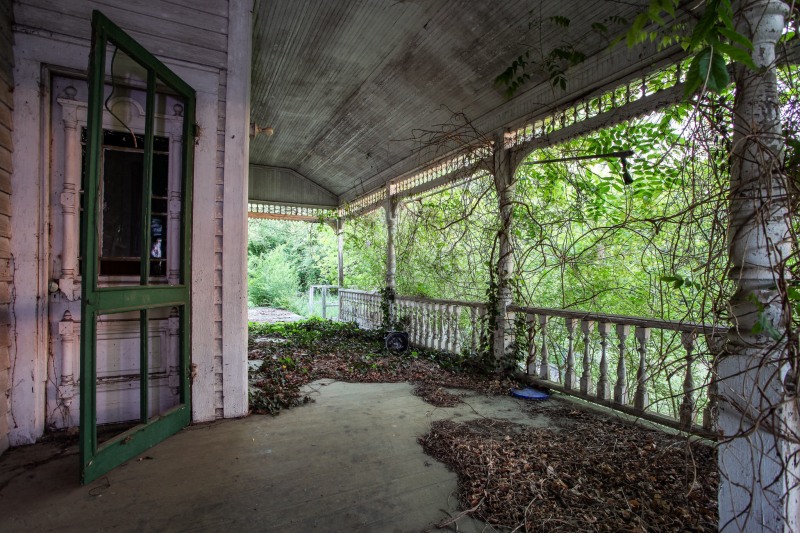 John McCown, a 33-year-old civil rights activist, moved to the area and purchased the home in 1967.  As executive director of the Georgia Council on Human Relations, McCown initially came to Hancock County to assist in black voter registration. McCown realized through his involvement in local politics that white county leaders would consistently vote against improvements when the issues at hand involved or benefited the black community. He decided that the community needed to be more involved in the local political process, and there needed to be a black majority on the county commission.

Despite his best attempts, John McCown was perceived as an outsider by a majority of the white community. They felt that since he was not from the area, he did not understand how things functioned in the county — many of the county’s political deals were made behind closed doors. McCown’s direct nature of public intimidation and exposure generated a sense of fear among the white community. 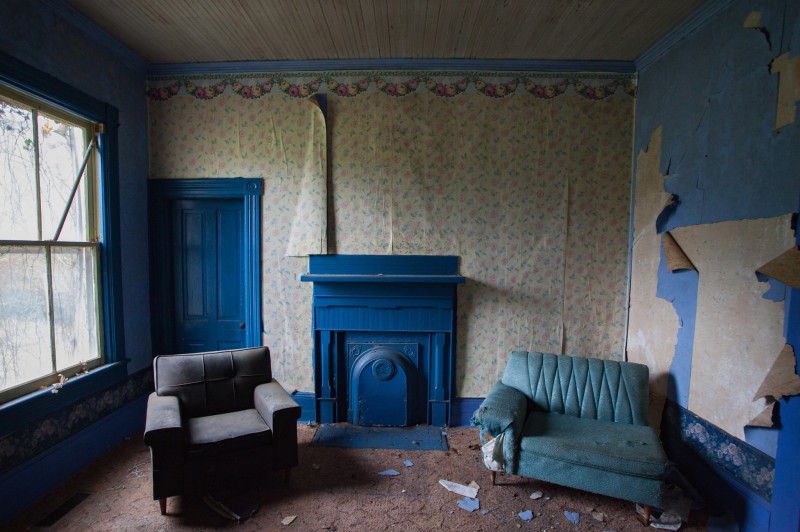 As a founder of the East Central Committee for Opportunity (ECCO), John McCown was able to successfully entice federal and private grant money to invest in the county’s future. One of the primary objectives was a Head Start campaign for the youth of Hancock County. McCown began an investigation of the Federal Housing Administration (FHA) as to why so few blacks were granted loans for housing. Procedures were changed, and they began receiving FHA loans after the investigation found biased practices in Hancock County. 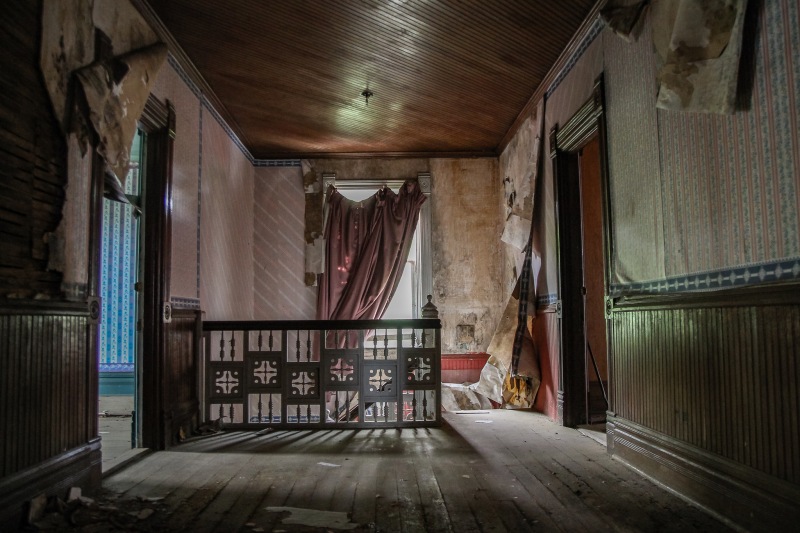 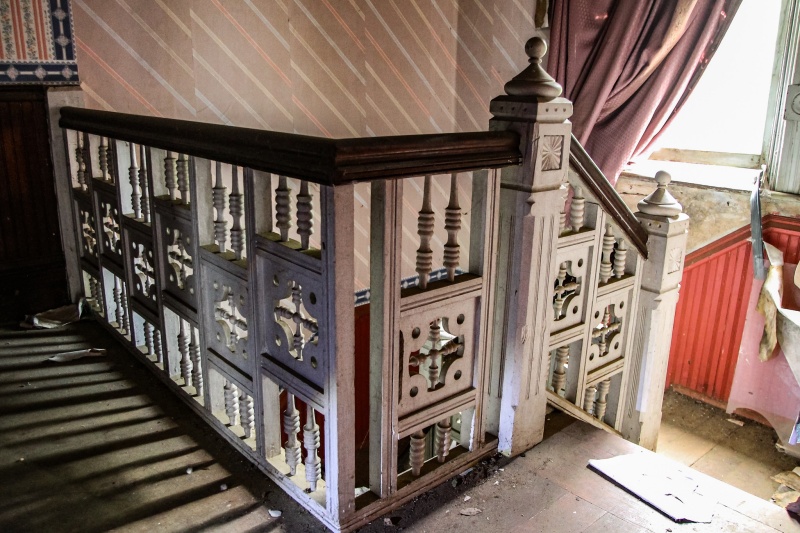 John McCown’s crusade resulted in Hancock County receiving over $8 million in grant funds. Some of the funds were used to build a catfish farm, which at one time was the largest in the state. He also facilitated the building of a 150-unit low-income housing project and a cinder block plant, all located within the county. Some people referred to McCown as a con artist, but others revered him for being able to obtain large sums of money to a desperately poor area.

In 1969, McCown and other civil rights activists became an integral part of the racial fight regarding the integration of the all-white Sparta High School. African-Americans had been previously relegated to the overcrowded, less funded Hancock Central High School. Tensions in the county reached a boiling point in 1974. Rumors that the black community was stockpiling weapons in hopes of a civil uprising led the Mayor to order ten submachine guns for his six-member police force following reports of gunfire throughout the countryside.

McCown responded by purchasing 30 submachine guns and creating pamphlets advertising the “Hancock Sporting Rangers” as a “hunting club” and encouraging the purchase of firearms. McCown also started a boycott of white businesses that would continue until an agreement was reached.

A wave of arson swept throughout the community. In response, former Governor Jimmy Carter made a visit to the small town in hopes of defusing the racial tension. Carter served as a mediator. With his influence, both sides ended the arms race and relinquished all of their submachine guns. Within a few years, Carter would use his skills in public relations to become elected 39th President of the United States.

John McCown was a polarizing figure. He was well respected by the black community, thought of as a ‘Black Jesus.’ Others viewed him as a menace to society. Most of McCown’s dreams of economic power fizzled. His projects were mismanaged and the money disappeared leading to state and federal investigations. The county was still poor even though McCown was a wealthy man. Maneuvering through a variety of shell corporations, he was able to gain control of many properties and hundreds of acres of land before his death. 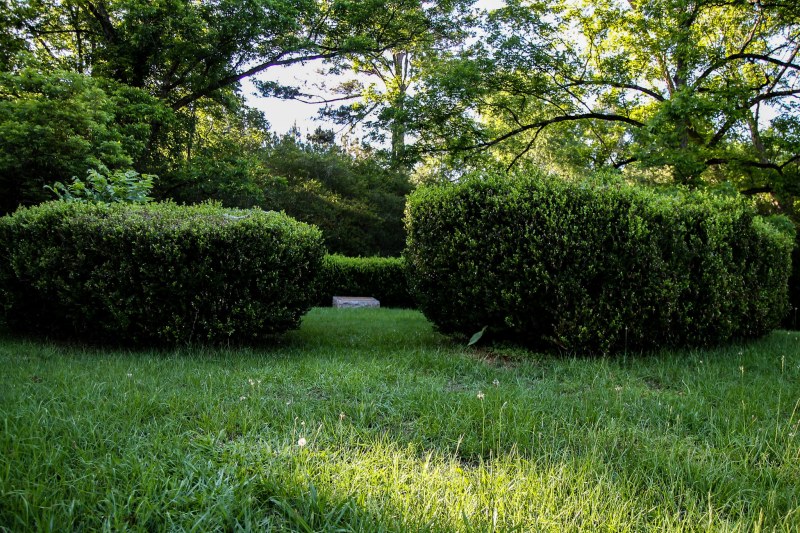 On January 30, 1976, John McCown’s leadership came to an abrupt halt. After news that funding had run out and he was being terminated as CEO of ECCO. McCown spent the night drinking with friends at the bar he owned in town. Early the next morning, a drunk McCown decided to take a ride in his single-engine Cessna with three friends. McCown did not own a pilot’s license and simply took off. Thirty minutes later, the plane went down in a forest close to his home. Miraculously, one passenger was thrown from the plane and survived the crash. Unfortunately, McCown and two other passengers, still strapped in their seats, were discovered deceased.

An investigation found McCown had a blood alcohol level of 0.198, nearly twice the legal limit to drive a car in Georgia. The NTSB found no mechanical failures or malfunctions in the plane. The ownership of the aircraft led to even more financial scrutiny since it was registered to a black college in Mississippi, which had awarded McCown an honorary law degree. Regardless of McCown’s death, a federal investigation into ECCO continued. With indictments of perjury and defrauding the federal government, McCown was not indicted. However, individuals within his organization were convicted. Many of them pleaded out and were able to return to their jobs within the county.

In 2015, the property was sold by the county to a private owner. For the last five years, the house has fallen into further disrepair. Recently, architectural elements from the house have begun to disappear. Rumors float around town that the house will be stripped and soon demolished. If this is true, it is a sad ending to a beautiful home that could be saved.