The Thomas Jefferson Hotel is a 19-story building, completed in 1929 at 1629 2nd Avenue North in Birmingham, Alabama. Originally it was built as a 350-room luxury hotel. The building has gone through numerous name changes throughout the years; including the Cabana Hotel, Leer Tower, and currently Thomas Jefferson Tower. The Thomas Jefferson Hotel was planned and developed by the Union Realty Company, headed by Henry Cobb. The company was organized in November 1925 in the office of architect David O. Whilldin, who prepared the design for the $1.5 million project. Work began on the site in May 1926, however, progress was halted in April 1927 due to a failed financier.

Construction resumed in July 1928 after a new holding company was formed. Budget costs ballooned to $2.5 million before The Thomas Jefferson Hotel opened on September 7, 1929. The hotel’s opening week hosted nightly banquets and dances, featuring an orchestra from New York City. The hotel was stocked with 7,000 pieces of silverware, 5,000 glasses, and 4,000 sets of linen.

The Thomas Jefferson Hotel had an ornate marble lobby, a large ballroom, and a rooftop mooring mast intended for use by blimps. The ground floor incorporated room for six storefronts, with a billiard hall and barbershop located in the basement. The ballroom and dining rooms on the second floor extended out onto a roof terrace over the hotel lobby.

In 1933, a $35,000 renovation increased the lobby space and second-floor ballroom by merging the retail shops. The Thomas Jefferson Hotel advertised rooms from $9 to $18 per night and multi-room suites from $18 to $35 per night. All the rooms were air-conditioned and included a private bath, radio, television, and easy listening music known as Muzak.

The Stirrup Cup lounge opened in October 1940 inside the Thomas Jefferson Hotel. The lounge was the first bar in Birmingham to serve draft beer, having brought kegs from Tuscaloosa the day the law changed to allow it. 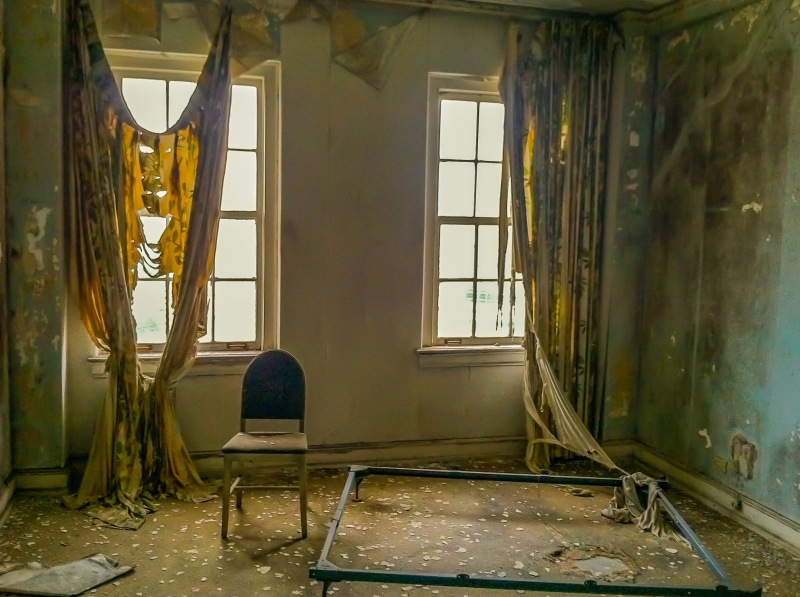 The Thomas Jefferson Hotel was a showplace with unparalleled amenities. When the employees were not carrying luggage and serving guests they operated a popular side business at the hotel. Bellboys would buy “Pensacola Rye” from the nearby police station to sell to hotel guests. In an age of Prohibition, clever methods were used to cater to thirsty guests. 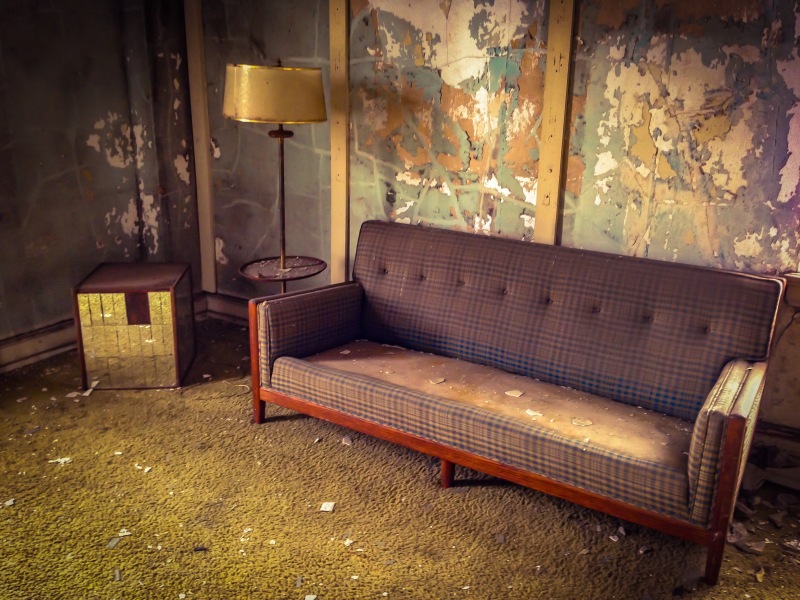 Legendary Alabama Head Football Coach, Paul ‘Bear’ Bryant, reserved a suite while he was in Birmingham for the Iron Bowl at nearby Legion Field. Former Alabama Governor George Wallace also reserved a suite at the Thomas Jefferson Hotel when he visited.

In 1951, Birmingham City Commissioner Bull Conner dug up an old city ordinance prohibiting posts on sidewalks, resulting in the Thomas Jefferson Hotel removing the posts that held up the front marquee. By the early 1960s, the hotel was put up for sale. Buyers were reluctant due to the ongoing racial tension in the city.

The 1970s marked a period of decline for the aging hotel. It was sold and renamed the Cabana Hotel in 1972. The original ornate carpets were replaced with shag carpets and drop ceilings were added. The economy was struggling and a shift to the opposite side of the town left older hotels, like the Cabana, struggling. By 1981, the hotel had suffered from two fires and was a $200 per month apartment building with fewer than 100 residents. The Cabana Hotel closed on May 31, 1983, by city health officials who deemed the building uninhabitable; due to bad plumbing, insufficient lighting, and failure to upgrade to city fire codes. 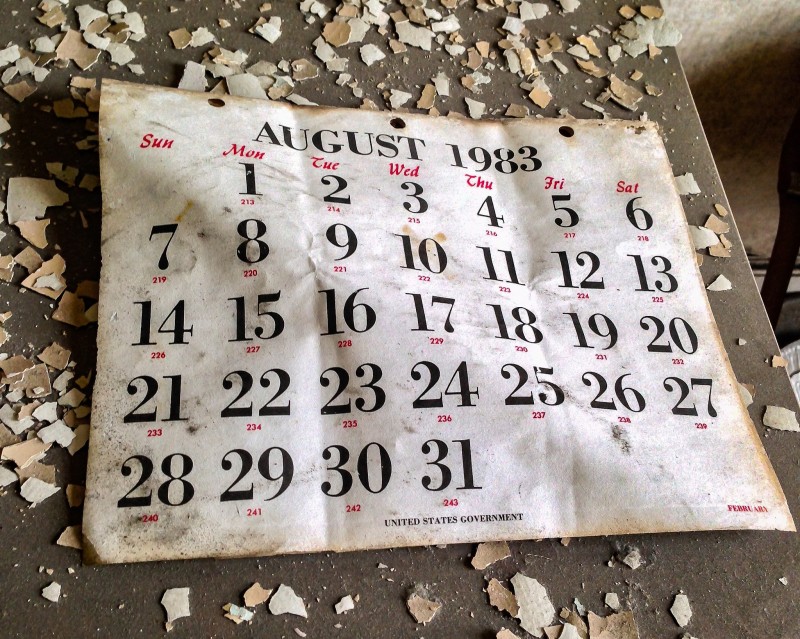 In 2005, the Leer Corporation of Modesto, California announced a $20 million renovation and formed Leer Tower Birmingham LLC. The proposed plan would convert the building into upscale condominiums, named Leer Tower. They installed a new “Leer Tower” signage on the rooftop hoping to create some marketing hype. The sign was illuminated on August 30, 2007. 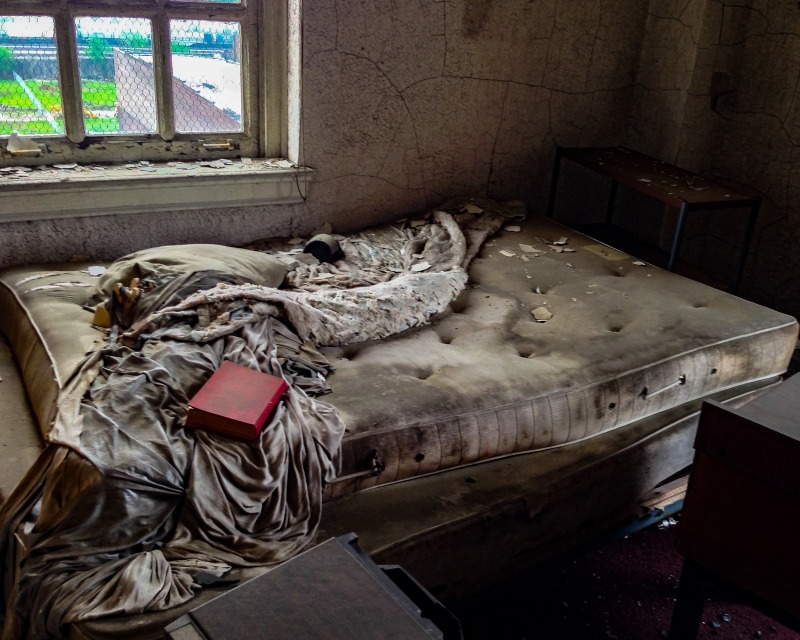 Ongoing efforts to secure the building were unsuccessful. Vagrants were living throughout the abandoned hotel. Subsequently, the basement was flooded with several feet of water from an underground stream, causing further disrepair.

In 2012, a nonprofit corporation, Thomas Jefferson Tower Inc., began raising funds in hopes of buying the building. They planned to renovate the building to be a mix-use development with a hotel, apartments, and retail shops. These efforts were ultimately unsuccessful.

The following year, in August 2013, the property was acquired by TJ Tower LLC, a group of investors from New Orleans and Little Rock. The former hotel would be one of the first projects in Alabama to utilize the new state and federal tax credits to redevelop historic structures. A $30 million renovation started in February 2015. 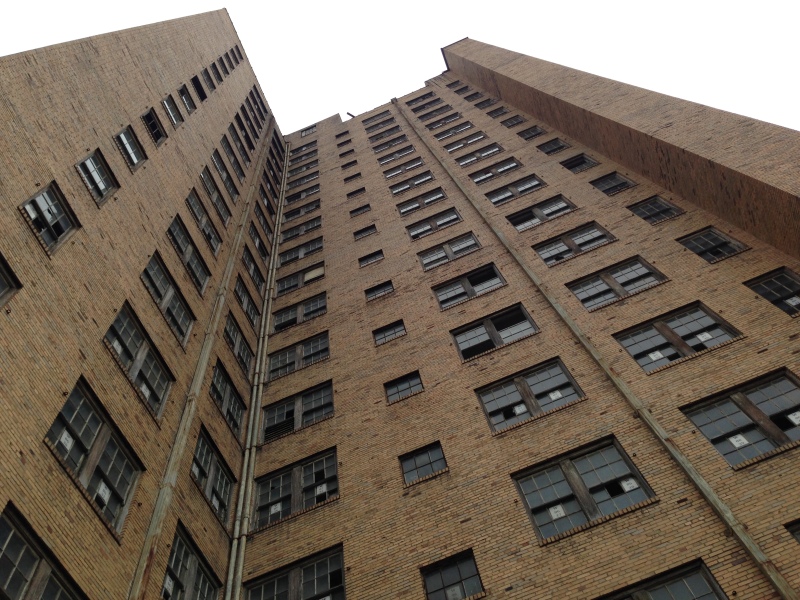 The Thomas Jefferson Hotel was converted into 96 apartments, of which about 74 are one-bedroom units. The lobby, second-floor ballroom, and event space were all restored; including the never-used mooring mast on the roof. The first residents moved into the newly named Thomas Jefferson Tower in December 2016. Keeping with the original design, there is no 13th floor.