In the late 1870s, at the peak of the American Aesthetic Movement, a wealthy businessman named Legare H. Foster purchased a rural 11-acre lot in Madison, Georgia. The property was the former home of the Georgia Female Academy, which burned to the ground during the Civil War, leaving only the foundation. In 1883, Foster built a 5,000 square foot mansion atop the foundation of the burned college.

The home was considered by local newspapers to be the most elegant country home in Georgia. Each of the eight main rooms featured 14-foot ceilings and a fireplace. The first floor features black walnut built-in cabinets, stenciled ceilings, and wainscoting. The downstairs pocket doors open to reveal the library. In 1889, Robert Usher Thomason purchased the Foster-Thomason-Miller House. Thomason updated the color scheme throughout and repainted the exterior. In 1916, he added indoor plumbing and electricity. It was also the first house in Madison County to have a gasification system. For the next ninety years, Thomason descendants occupied the home. In 1978, the Millers purchased the mansion from Thomason descendants and immediately began restoring the house to its original glory. 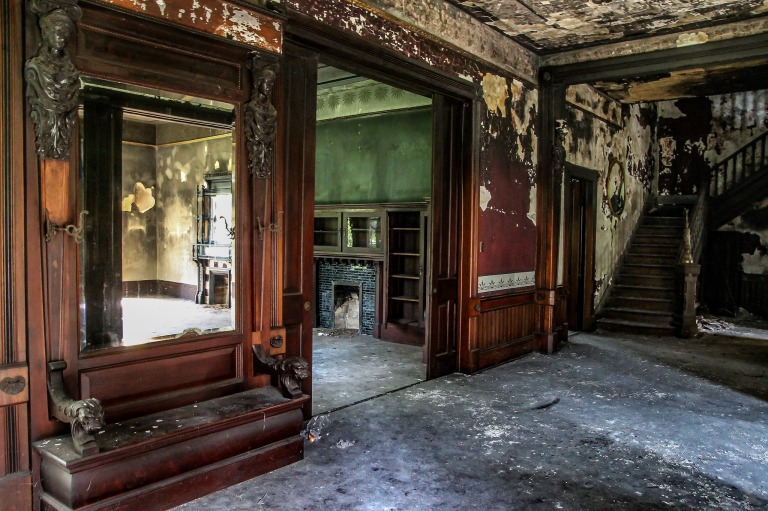 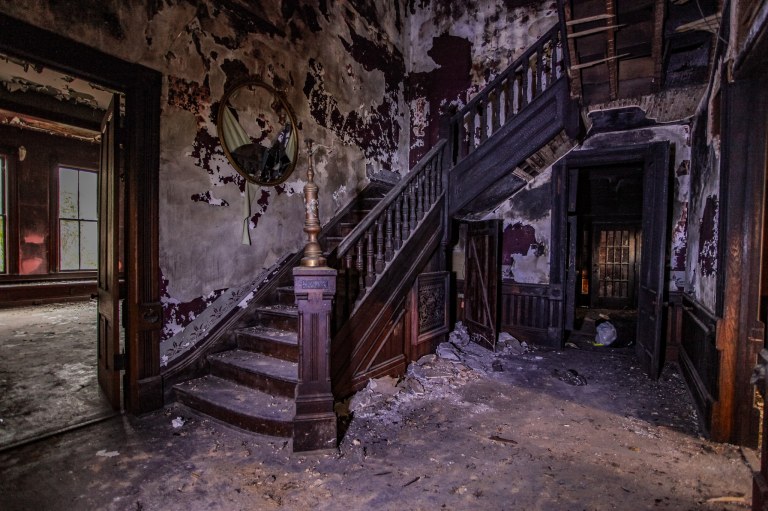 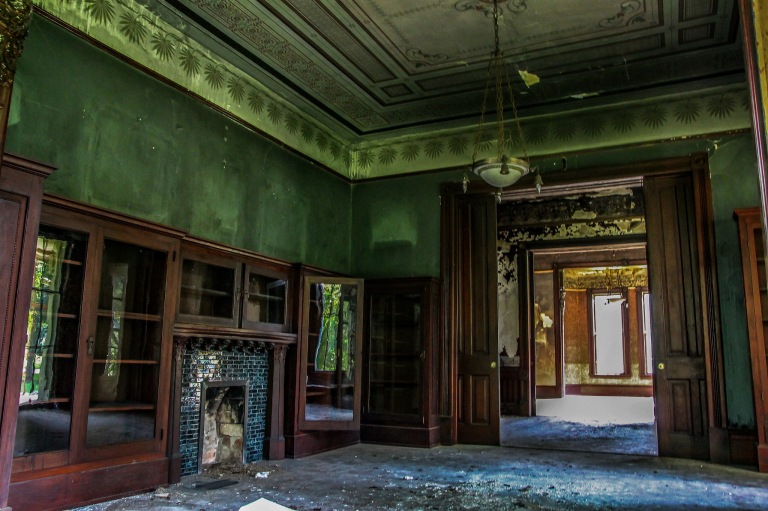 The meticulous restoration garnered awards and was recognized by the Georgia Trust for Historic Preservation in 1986. The Millers collected antique furnishings to recreate the American Aesthetic Movement interior. The house was the only home in Morgan County ever to win such an award. The photos below are from after the last renovation. 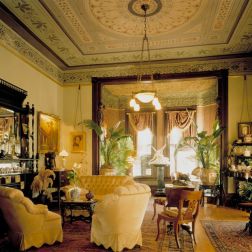 In 2001, a fire significantly damaged the rear addition of the house. The central portion of the house suffered primarily smoke and water damage. The Foster-Thomason-Miller House has sat vacant ever since. Even in its current state, a majority of the gorgeous 133-year old interior remains intact. The house was listed for sale in 2015 for $459,000. By 2017, the house was off the market and in dire need of stabilization. 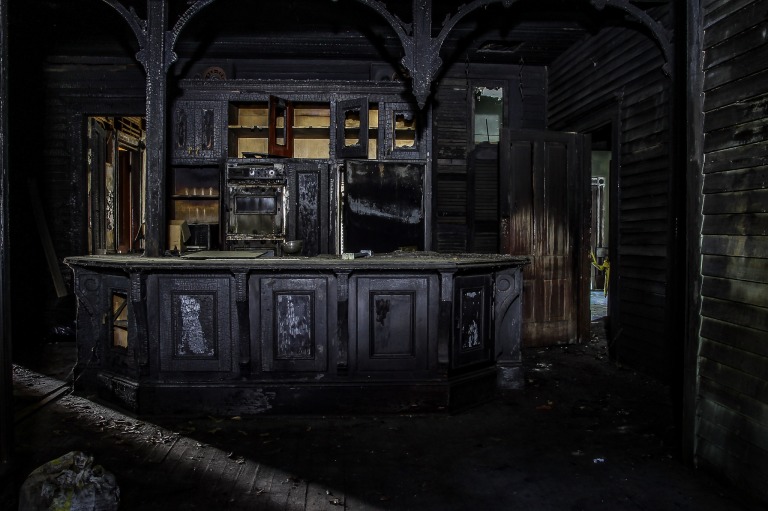 The Foster-Thomason-Miller House and property were listed on the Georgia Trust for Historic Preservation’s “Places in Peril” list in 2018. In May 2018, the house and an adjacent empty lot were sold to the Madison-Morgan Conservancy, a local non-profit aiming to protect historical sites. The Conservancy has stabilized the house and is currently listing the property for sale to a conservation buyer who will agree to rehabilitate the building to specific standards. The property is listed on the National Register of Historic Places, making it eligible for significant tax credits. The asking price for the Foster-Thomason-Miller House is $449,000. 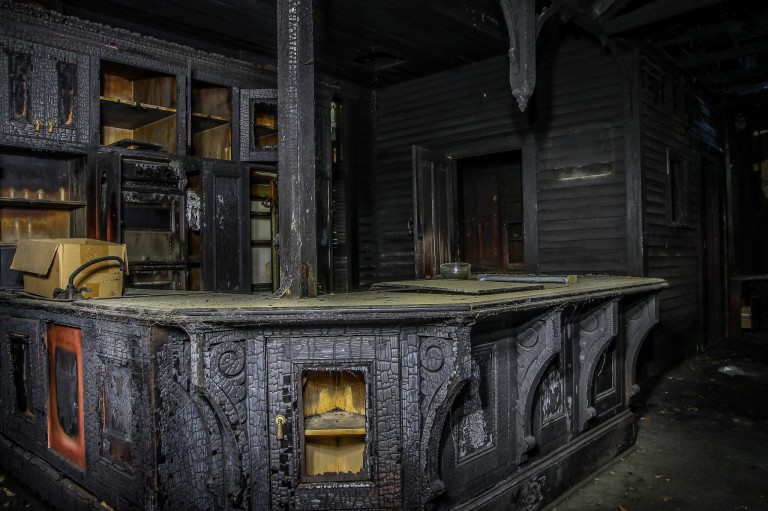 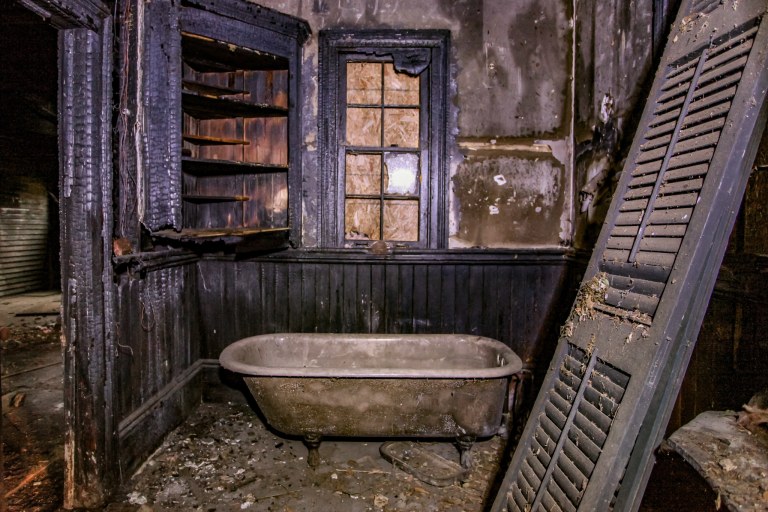