Built as a side-wheel diesel excursion boat for New York’s Seaport Line, the ship was completed in 1985 by Offshore Shipbuilding of Palatka, Florida. It was modeled after the turn-of-the-century steamboats from Hudson River & Long Island Sound. The boat was christened as the M/V Andrew Fletcher and would ferry passangers around New York Harbor on 90-minute cruises with a narration of the harbor’s history.  In the 1990s, the Andrew Fletcher was converted into a gaming boat by Jacksonville naval architects DeJong and Lebet.

The ship’s website described the Diamond Royale as being “the finest casino cruise vessel” with two floors of Las Vegas-style gaming. The ship was outfitted with 240 slot machines and 18 tables for roulette, blackjack, craps, and poker. According to a grand jury indictment, the floating casino ferried passengers from the Bull River near Savannah on illegal gambling cruises.

In November 2011, agents from the U.S. Immigration and Customs Enforcement and Coast Guard, armed with search warrants, boarded the casino cruise ship. Federal agents seized more than $986,000 in cash onboard and an additional $6 million from the alleged illegal gambling proceeds. The prosecutors also wanted to seize the boat itself. This was not the first time that Diamond Casino had been in trouble with authorities. A few months prior, federal agents performed a raid on the casino’s headquarters, seizing laptops and documents. 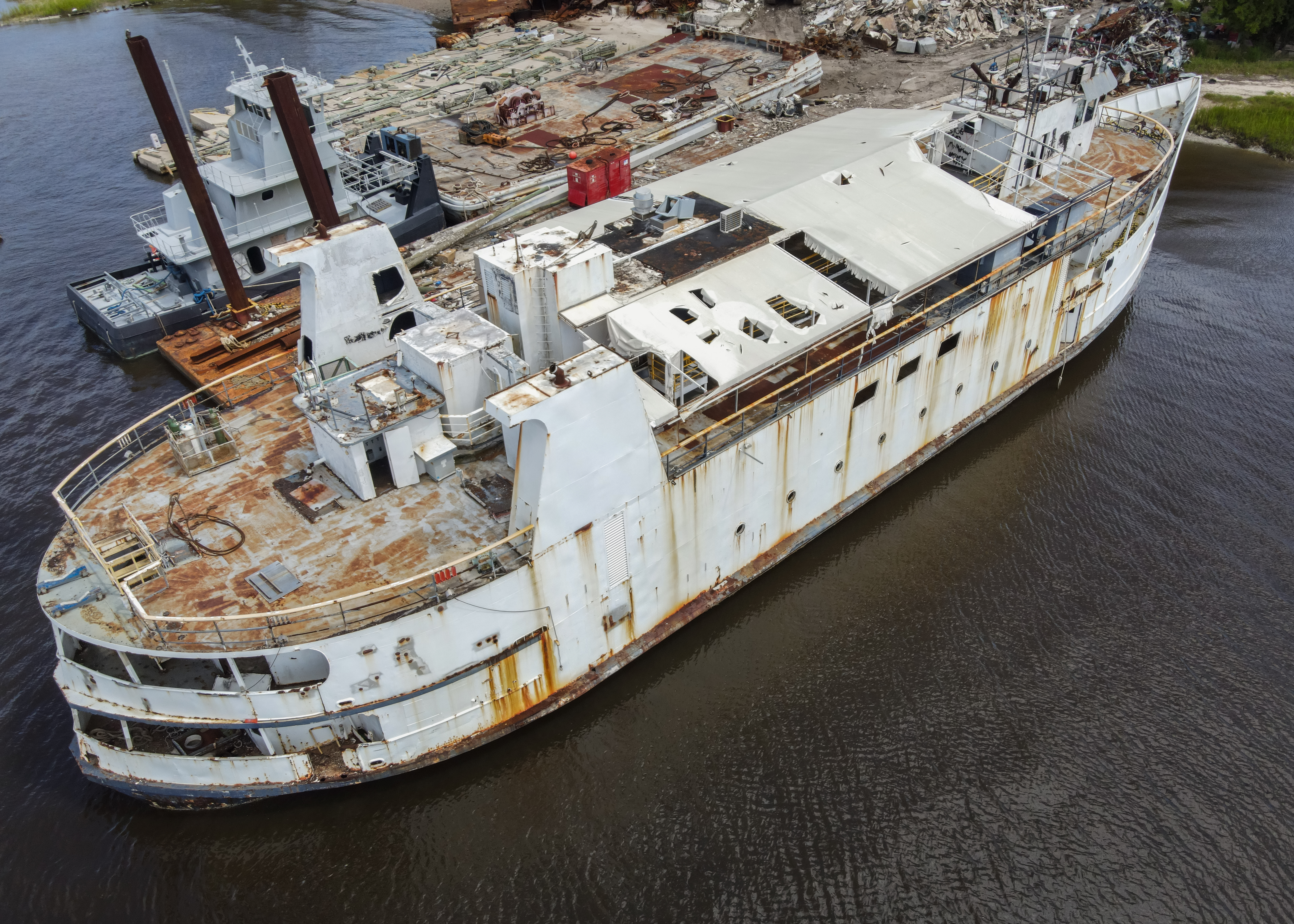 Federal prosecutors indicted the ship’s general manager and two boat captains were charged for their involvement. During a 16-month period, from July 2010 until November 2011, passengers were allowed to gamble as the ship sailed less than three miles offshore. Federal law states that casino ships must be three miles offshore in federal waters before passengers are allowed to gamble. Apparently, Diamond Casino did not adhere to this rule. The indictment read that “on a regular and routine basis, the boat’s operators unlawfully opened and operated the casino aboard the vessel within state waters of Georgia and South Carolina.” The defendants faced a maximum of 5 years in prison and a $250,000 fine. The individuals charged all pled guilty and were sentenced to probation. As part of the prosecution’s agreement, the Diamond Royale was to be forfeited to the federal government.

In 2012, the crew of the Diamond Royale moved the ship farther up the coast to South Carolina where it was abandoned. After sitting for nearly a year, the ship’s owners owed the local shipyard over $300,000 in unpaid storage and maintenance fees. In 2013, the shipyard filed a lawsuit in court seeking to seize and resell the vessel to recoup the money.

The owner of the Diamond Royale never responded so the judge ruled in favor of the shipyard. The U.S. Marshals office attempted to sell the Diamond Royale at auction for $100,000. Without a buyer, the ship continued to sit idle. Vandals broke windows and painted graffiti on the boat. Last year, the Diamond Royale was sold to salvage company and towed to Florida. Once the boat is completely dismantled, it will be towed several miles offshore and sunk to create an artificial reef. 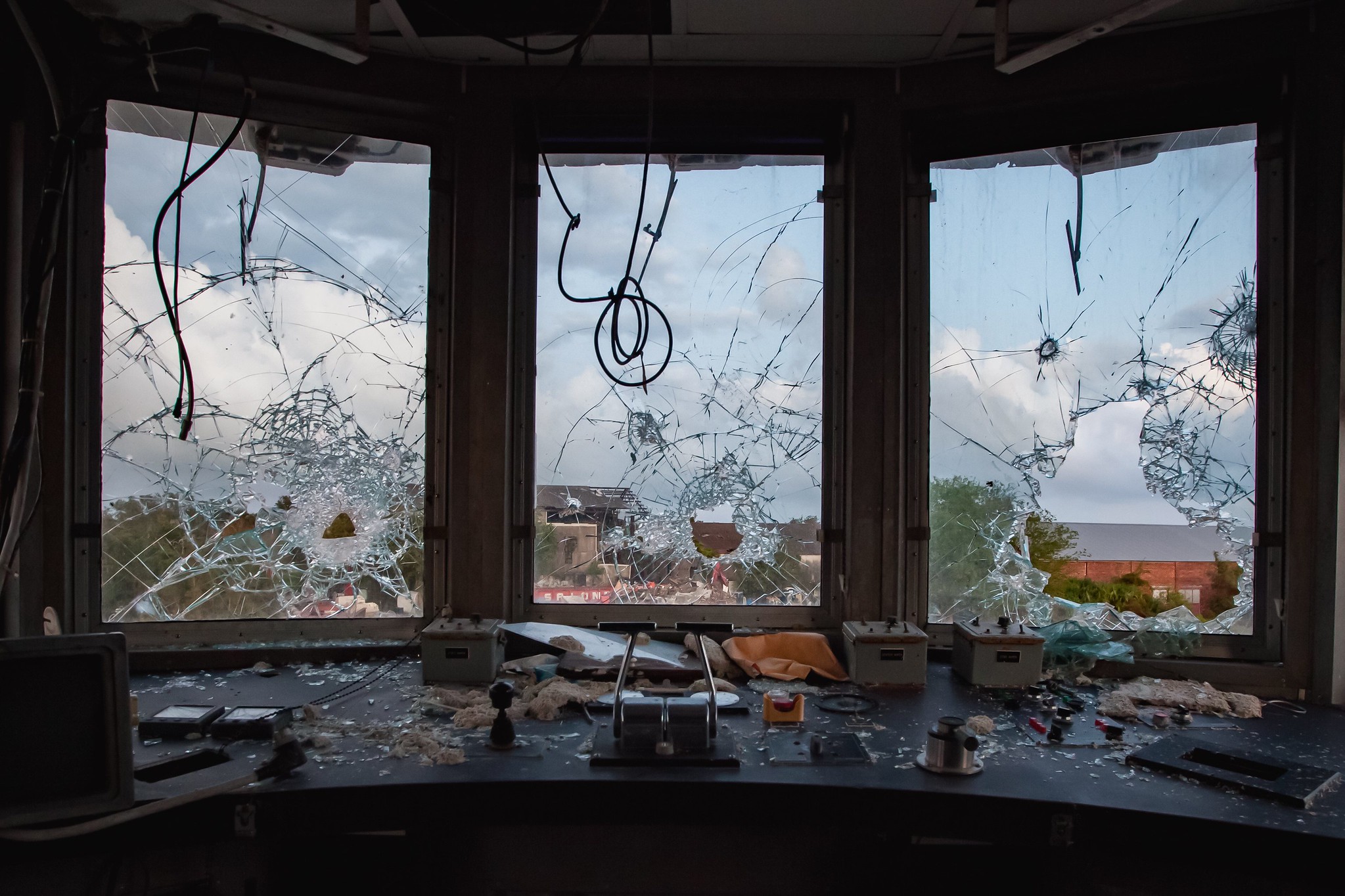 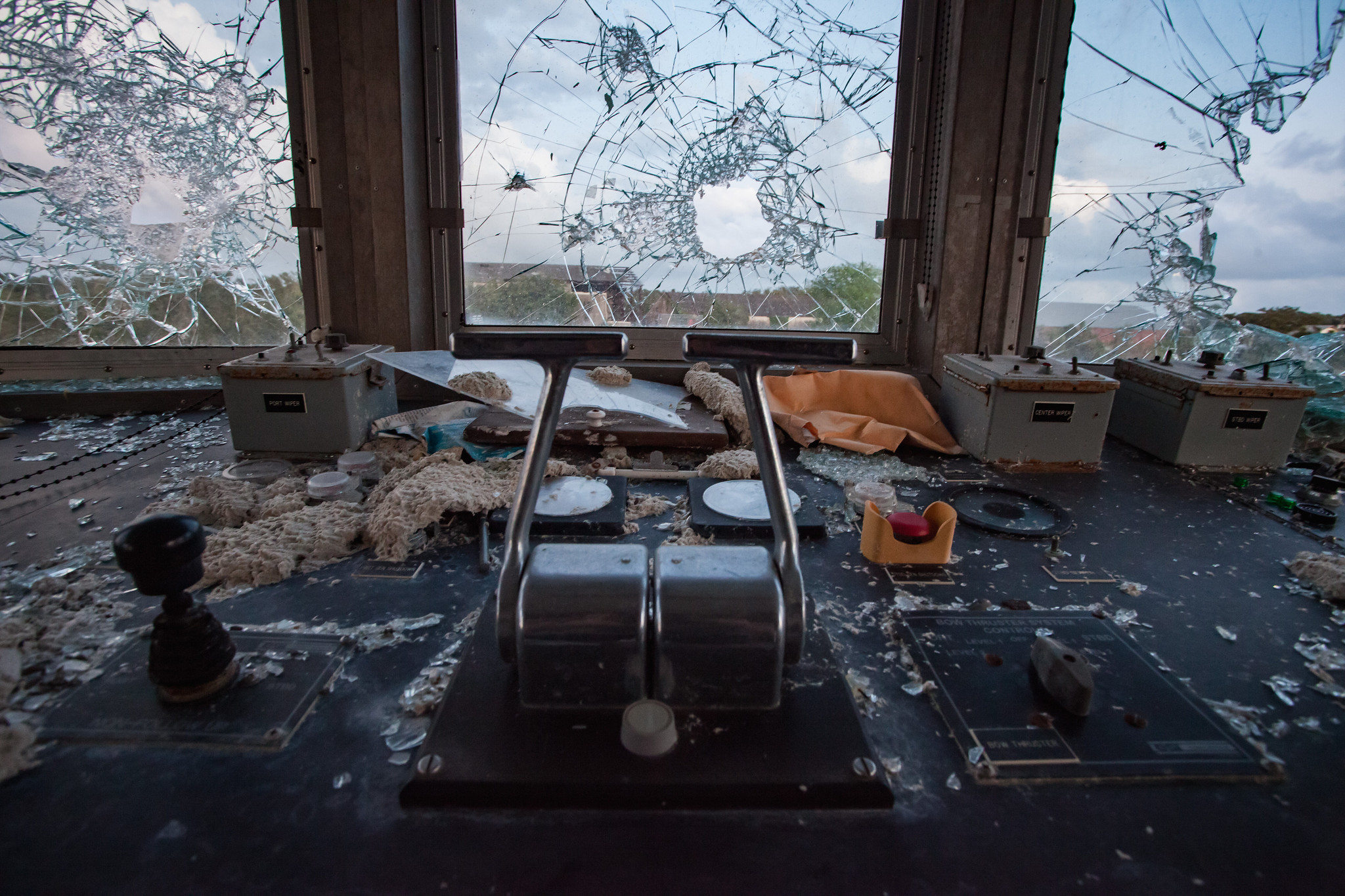 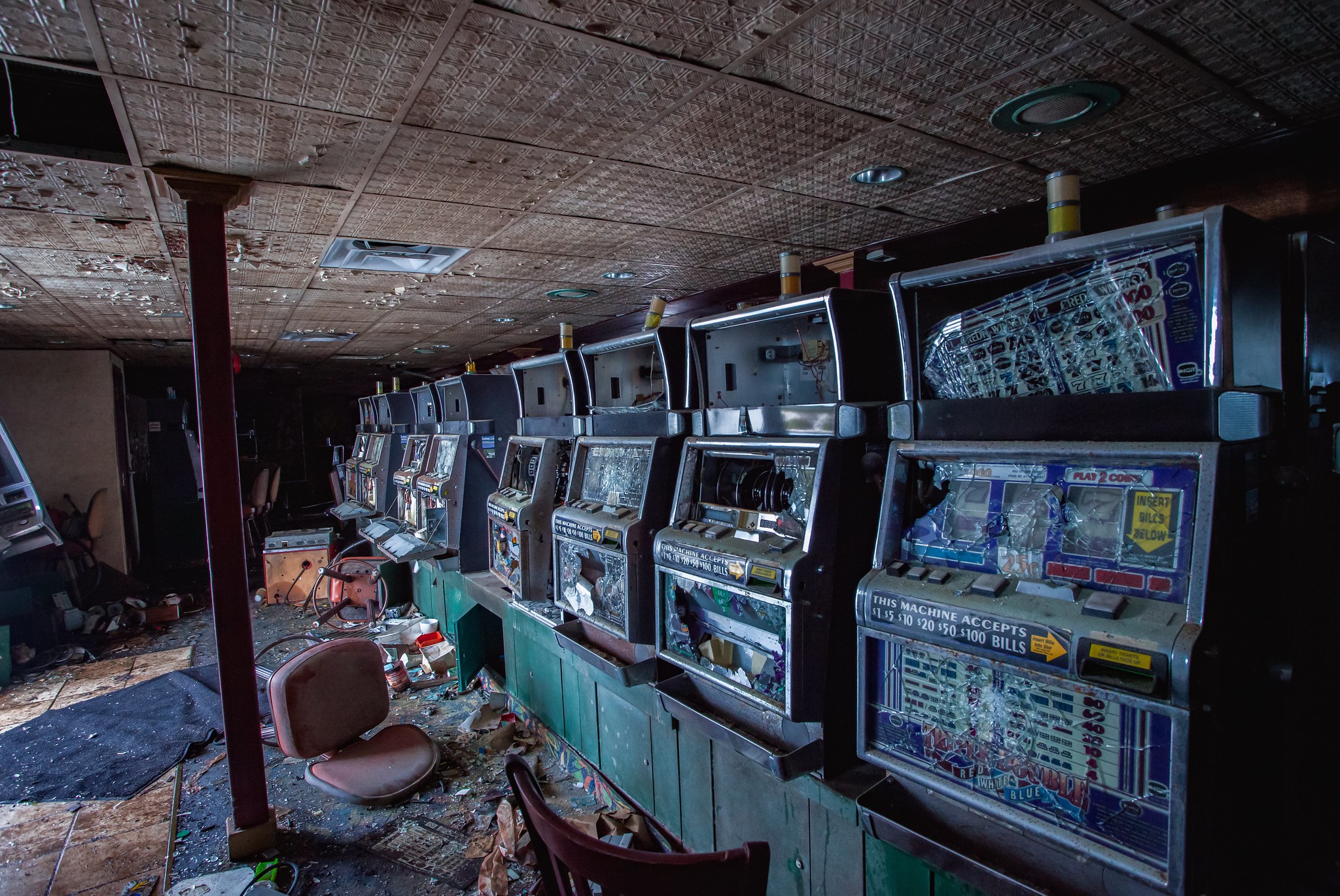 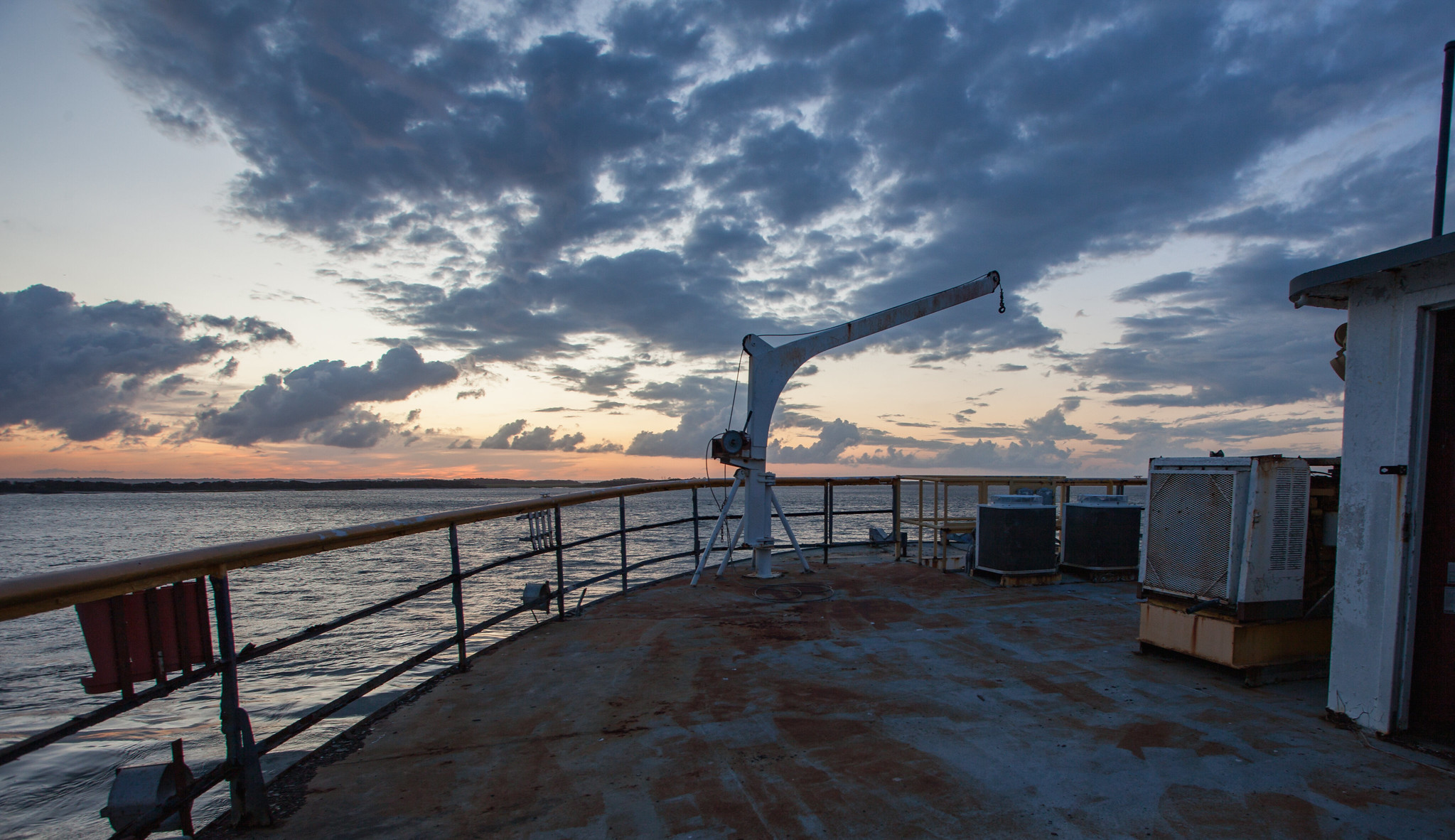 If you would like to receive the Abandoned Southeast blog in your email, you can sign up below. Also, check out my books that are available through Amazon.