This Queen Anne Victorian home in Terrell County, Georgia, was built in 1880. In the early 20th century, the Dawson historic district, compromised of workers from the local timber mill, owned a majority of the gorgeous homes in the area. The house has four bedrooms and two baths with four fireplaces. Throughout the home, there are stained glass windows, transom windows, and custom woodwork. The property was sold in the early 2000s for $40,000, before falling into foreclosure. It appears the owner was in the midst of a renovation before being foreclosed. For years, there was a note on the front door stating a bank in Ohio owned the property. After sitting abandoned for over a decade, the house sold at auction in 2019. The property is currently for sale for $21,000. 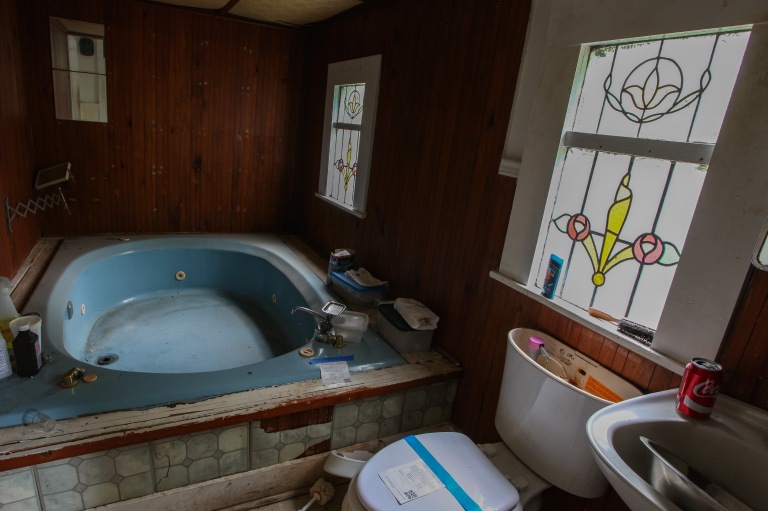 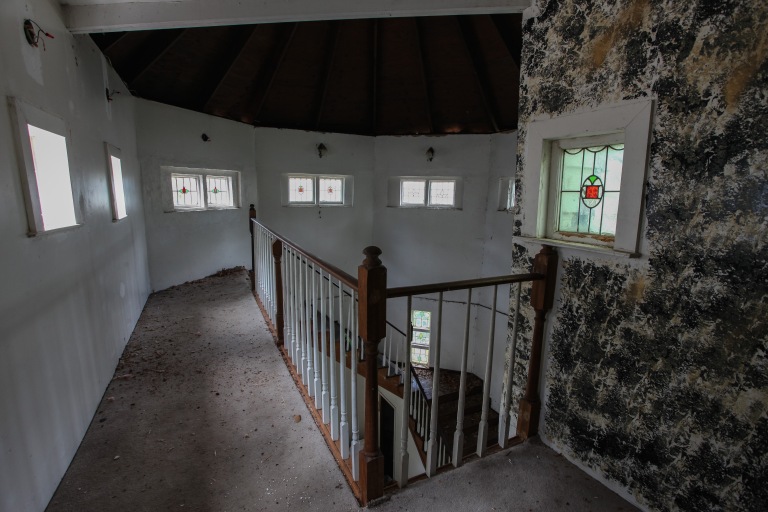