Casino cruise ships offer passengers a unique opportunity to gamble at sea, where they are free of any federal regulations. According to U.S. law, passengers can legally gamble once they are three nautical miles from shore. The casinos must remain closed until the ship is past the three-mile limit. Completed in 1978 in Florida, the Escapade was a three-story casino cruise ship once owned by Tradewinds. The vessel is 175-feet-long and weighs over 1,300 tons. Over the years, the Tradewinds cruise ship has undergone almost a dozen name changes. The lower levels of the vessel are reserved for gambling, and the top level featured an open deck for sightseeing, as well as a restaurant. The Escapade had dozens of gaming tables, and 200 poker machines are spread out across 6,000 square feet.

In the early 2000s, the ship operated in the Gulf of Mexico until a previous operator was shut down for routinely allowing passengers to gamble illegally in state waters. Law enforcement raided the ship after Homeland Security was alerted to claims of near-shore gambling. The previous owners pled guilty to charges of illegal gambling. The Escapade was sold to Tradewinds Casino Cruise, a Florida-based company, however, delays prevented the boat from operating. Tradewinds Savannah, the cruise ship’s operating company, offered an incentive of a free five-hour cruise to garner more attention for its inaugural trip.

Around midnight during its inaugural cruise in 2014, the Escapade ran aground on a sandbar two miles off the Georgia coast. After coming to a jolting halt, the vessel was stranded. Due to low tide, they were unable to move the ship. None of the guests knew for sure what happened until a few hours later when their predicament was officially announced. The ship’s crew initially notified the Coast Guard that its navigation system had malfunctioned. What was supposed to be a 5-hour cruise became a 16-hour ordeal. The Coast Guard attempted to tow the ship, but the tow lines snapped. A Coast Guard response boat was stationed nearby, but the shallow waters made it impossible for rescuers to get closer. They could only reach the 96 passengers and 27 crew members by helicopter, so they decided to wait until morning during high tide before extracting everyone. Passengers were eventually asked to climb down a ladder from the Escapade to smaller Coast Guard boats which carried eight people apiece. One guest described the descent down the ladder to the Coast Guard boats as a “Fear Factor moment”.

Most of the stranded were eventually brought to shore by two Coast Guard cutters that reached the smaller boats. Four individuals were transported by helicopter. According to reports, the ship appeared to be leaning to one side but was said to be stable. Throughout the night, the hungry guests were fed hot dogs, soda, and bottled water. The next morning they were served a hot breakfast of bacon and eggs. A generator kept the electricity flowing, so everyone was able to stay comfortable with adequate air-conditioning and lighting. By noon, most of the passengers and crew were evacuated. and everyone was off the ship by 6:00 PM. The Escapade was able to dislodge itself without the weight of the passengers during high tide. After an inspection for leaks by the Coast Guard, the ship made it safely back to the marina. An investigation by the Coast Guard revealed passengers were gambling illegally throughout the night. Tradewinds suspended the captain until an internal investigation was complete.

A week after the Escapade ran aground, Tradewinds’ vice president stated their internal investigation found no wrongdoing by the captain. The crew gave out decks of playing cards to keep guests entertained and they were also allowed to sit at the tables, but the games were not operational. Passengers interviewed by the Coast Guard reported they were allowed to gamble for hours after becoming stuck. One passenger said the slot machines were not turned off until 4:00 AM. Regardless of the conflicting stories, the Coast Guard allowed the cruise ship to keep its certification of inspection and remain operating.

A year after the first incident, the ship ran aground once again, but this time it was not immediately reported to the Coast Guard. The crew onboard said they briefly scrapped the bottom and never stopped. Passengers reported that they were stranded for roughly two hours before the Escapade was able to free itself. The crew was unsure if they needed to contact authorities since they were not in an emergency. After the incident, the Coast Guard removed the certificate of inspection from the vessel deeming it inoperable.

A meeting with the owners and the Coast Guard determined there was no timetable for the certificate to be reinstated. The owners ultimately decided to list the ship for sale for $4 million several years ago. Without a buyer, the vessel remained moored. The Coast Guard ordered the owner to move the ship farther south in 2016 to avoid Hurricane Matthew. A lack of maintenance has left the vessel in rough shape due to years of neglect. Today, almost a decade after its inaugural cruise, the Escapade remains moored in Florida while plans for a renovation are in the works. 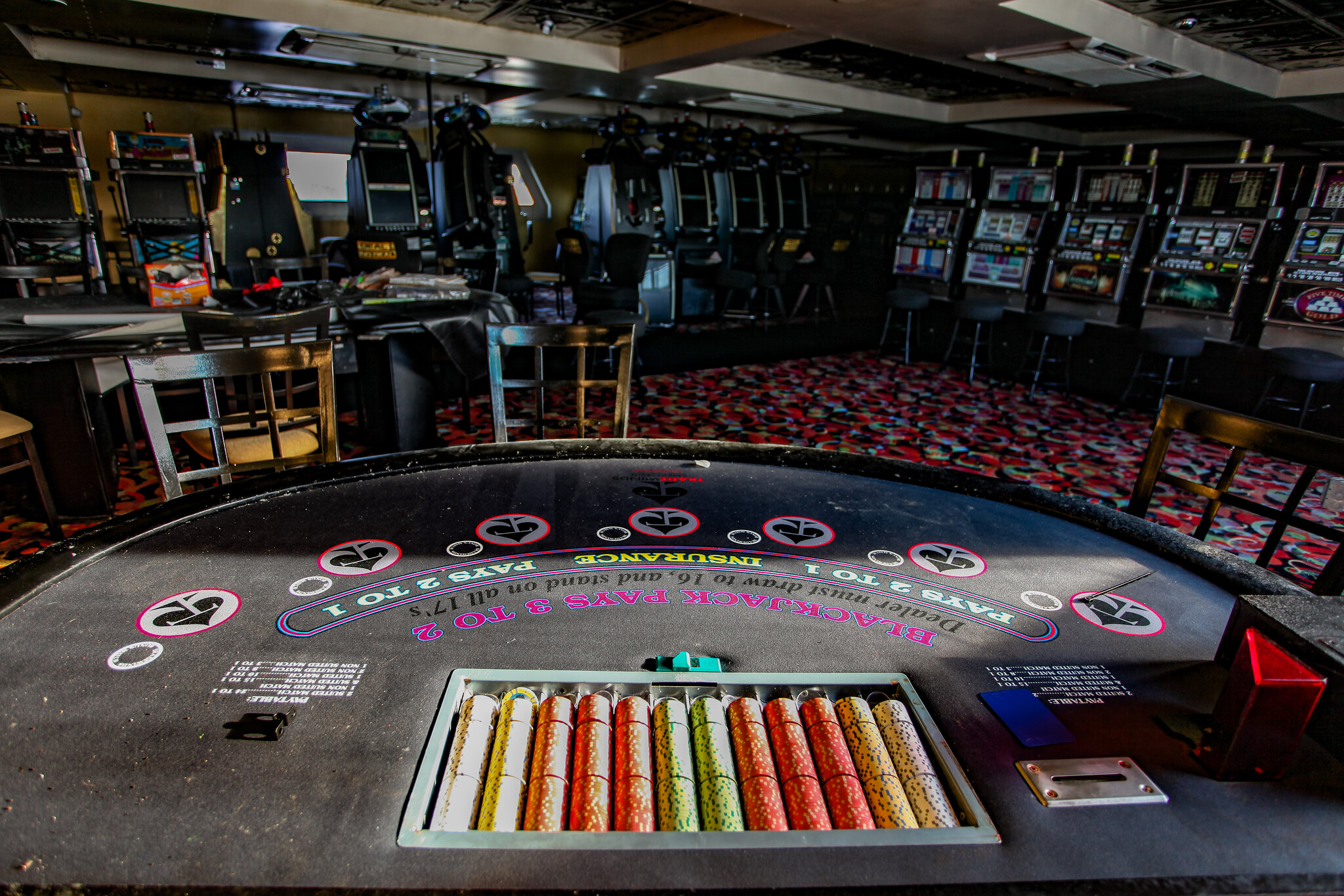 Thanks for reading. I appreciate the support. Please share the blog with your friends.

You can find me on Facebook, Instagram, Twitter, and TikTok. For more amazing abandoned photos, check out my photography books. If you would like to receive the Abandoned Southeast blog in your email, you can sign up below or on the main page.