From the bluegrass hills of Kentucky, Clyde Booth, a former gravedigger and construction engineer, envisioned creating an underground burial mausoleum. As a young boy digging graves with his Uncle, he witnessed first-hand unkempt graves and overgrown grounds. Booth thought he could come up with a better burial technique. In 1969, he began studying burial mounds and the catacombs of Rome as a hobby, astounded that both still remained today. At the age of sixty-seven, Booth set out to build his dream in Alabama, a place he hoped people would visit for centuries to come. In 1990, Booth purchased a 16-acre lot in Bessemer, Alabama. His idea of an earth-covered mound would be like an underground version of the above-ground mausoleum. The facility’s foundation sits eight feet below ground level with a large interior room serving as a chapel. It has separate wings on each side with metal racks for caskets and cremated remains. Relatives could not enter the warehouse-like room that housed the caskets but could place items and floors on an interior marble wall. The steel roof was buried in red Alabama clay soil with a stairway leading down into the mound from street level. Booth placed the caskets on racks in the wings up to 10 feet high. The more expensive ones being on the lower racks, because prices were based on worker’s accessibility. 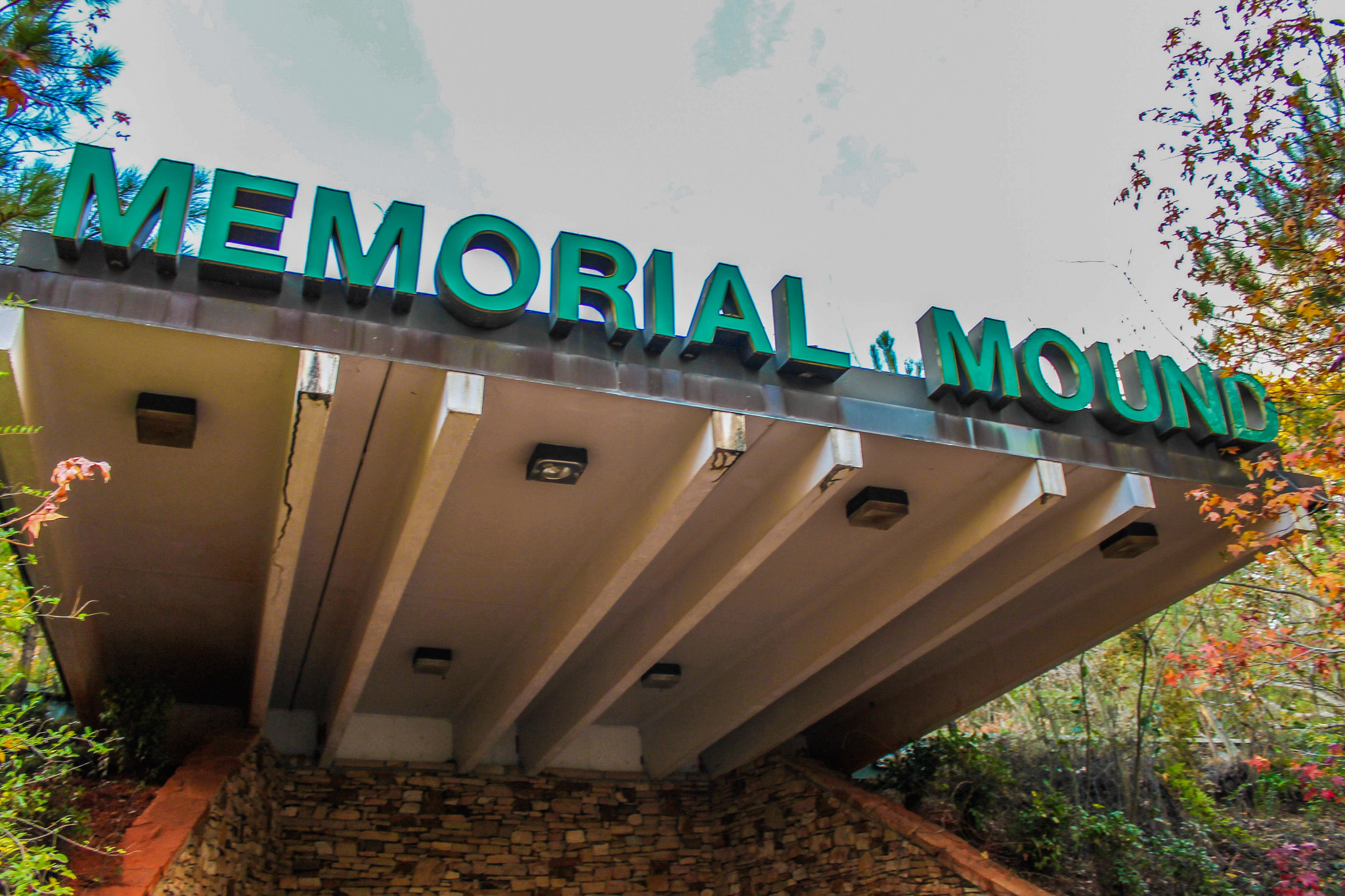 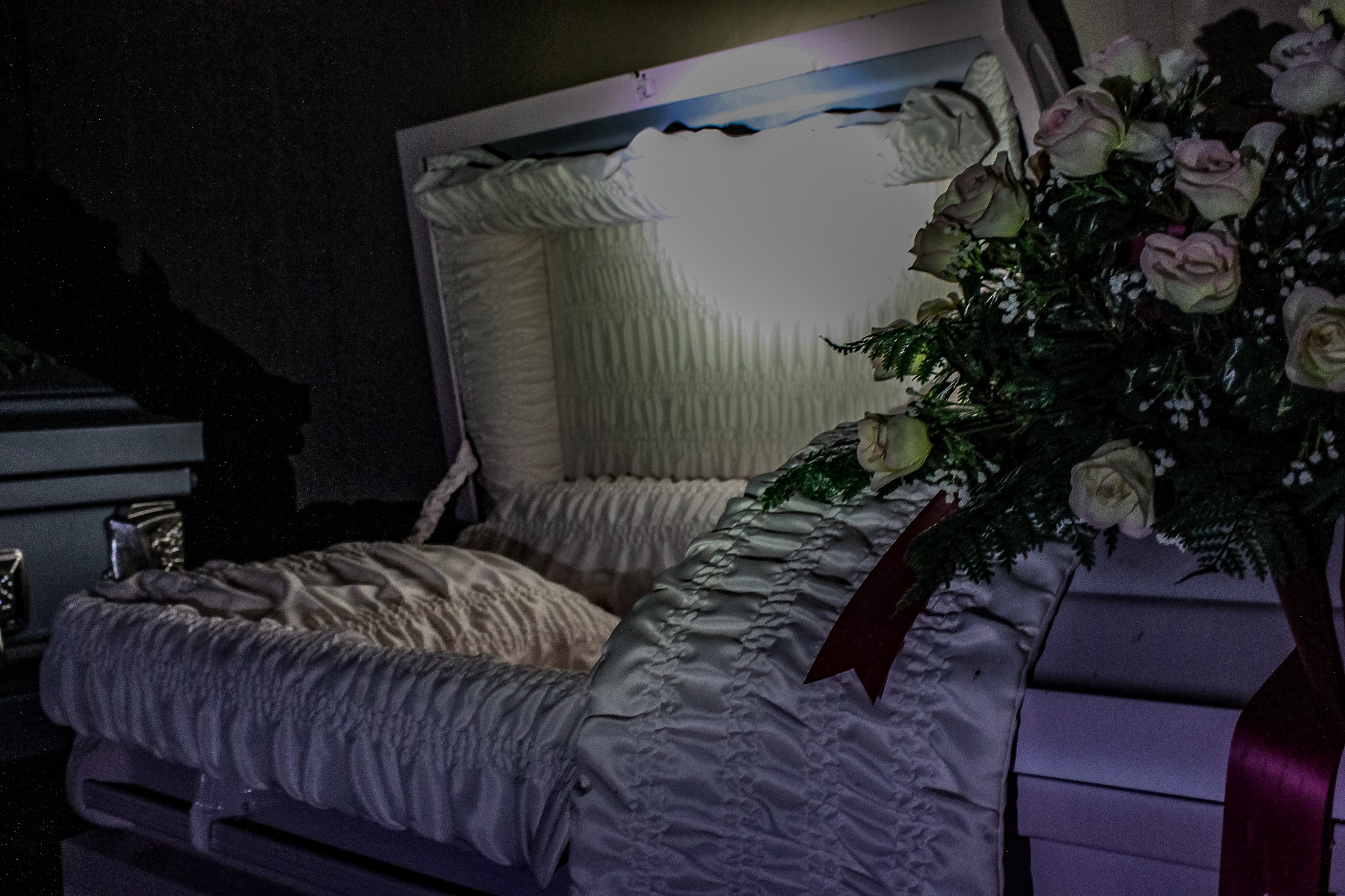 The average price for burial costs at Memorial Mound was between $1,800-$2,200 including grave space, vault, tombstone, and opening/closing fees. Booth’s underground facility included a computer inside for relatives to view videos and pictures of the deceased forever. Another wing of the mausoleum was used as a display room for his wholesale casket company. In 1996, four years after opening with less than a dozen burials, Memorial Mound abruptly closed its doors. Since Booth didn’t operate as a full-service funeral home, he did not have to abide by the Alabama Board of Funeral Service guidelines.

Clyde Booth believed his financial failure was a conspiracy by the local funeral homes who began recommending burial elsewhere. The grounds remained secured and relatives were still able to visit for the next few years. However, by 2000 the doors were locked and Memorial Mound was closed for good. Sadly, Clyde Booth passed away in 2009 at the age of 89. Memorial Mound became abandoned after his death and quickly fell into a state of neglect. Vandals tore apart anything they could use for scrap metal even dismantling chairs from the chapel. This left the facility in complete disarray. 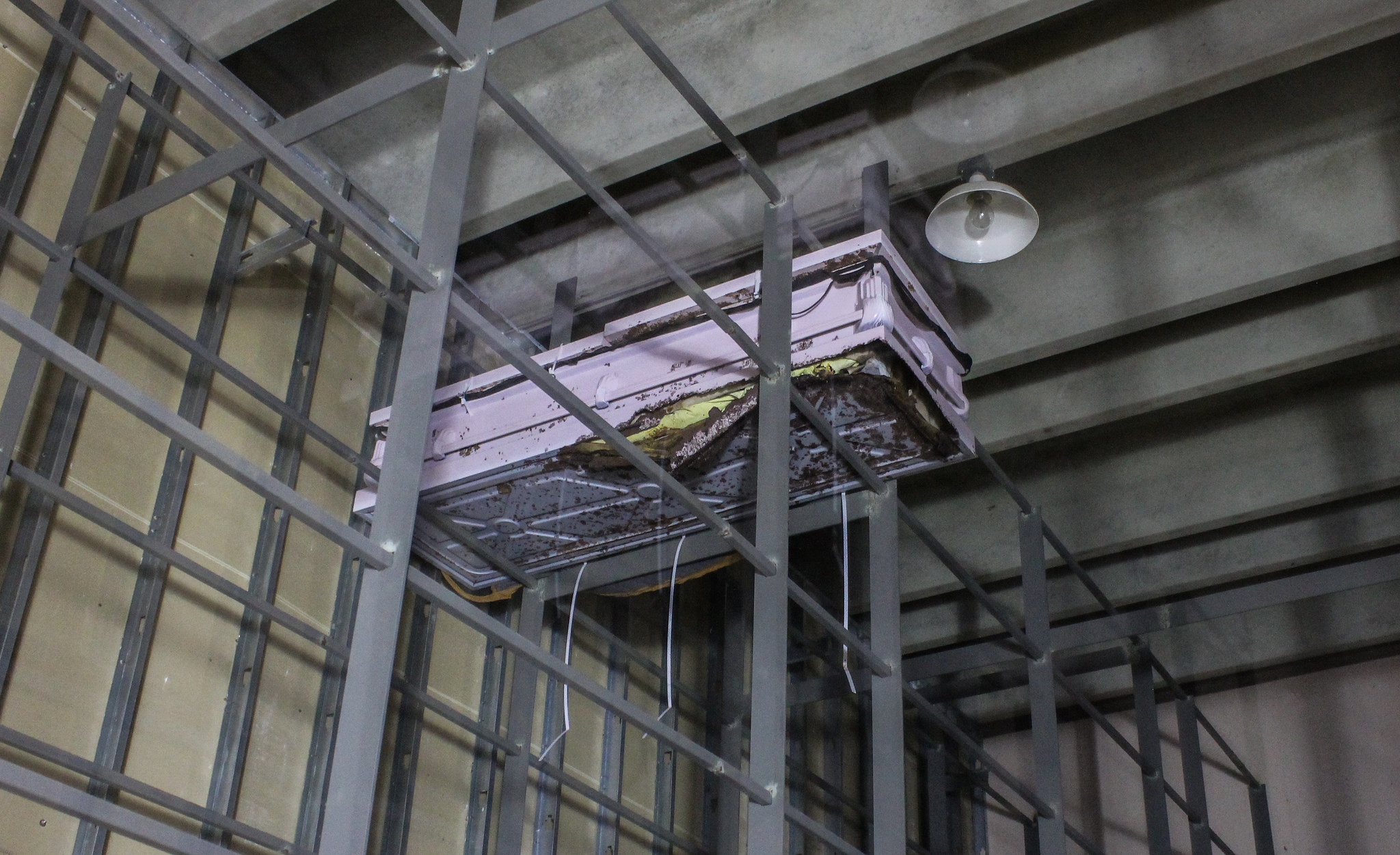 Most of the burials came from local funeral homes and many of the caskets were not sealed or were direct burials. This would prove to be detrimental over time, causing the bodies to break down and fluids to leak from the caskets. Local authorities knew of Memorial Mound for years and the neglected shape it was in, but failed to do anything about it until late 2014 after photos surfaced online of the remaining corpses. The remains of one infant and seven bodies were removed by authorities and taken to the coroner’s office until families could determine final arrangements. Once the bodies were removed the mausoleum was sealed shut. Authorities were unsuccessful when attempting to reach Booth’s family. Clyde Booth had good intentions, but many believe he did not thoroughly research the concept. 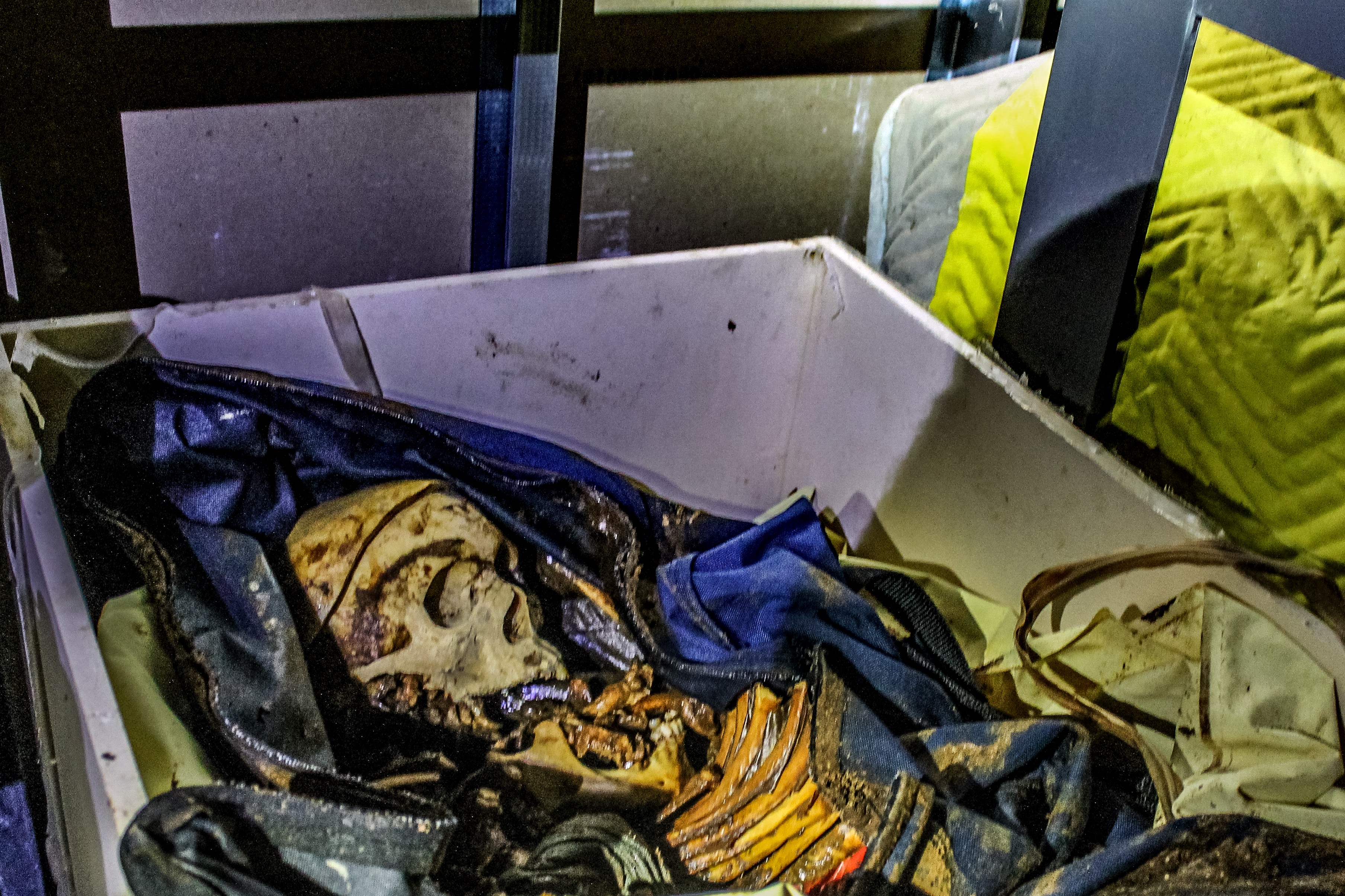