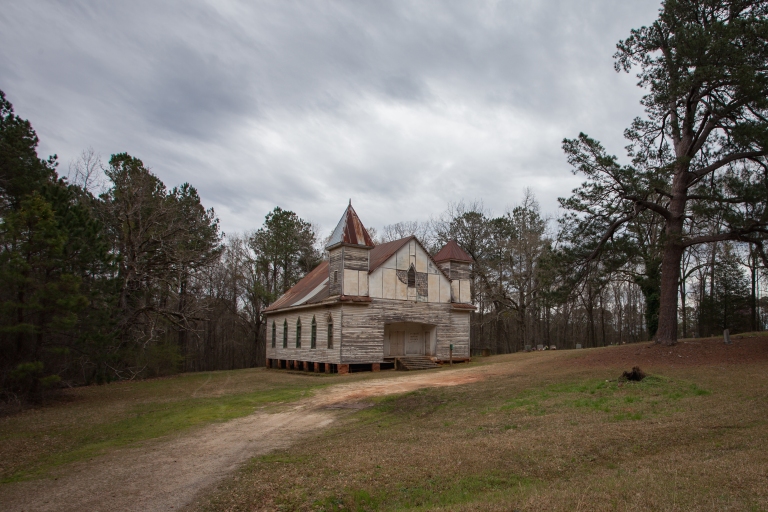 It’s hard to miss Antioch Baptist while traveling down the backroads in Taliaferro County, Georgia. The church was organized in November of 1886 and it is believed this sanctuary was constructed in 1899. After the Civil War, the sons and daughters of ex-slaves in the southern part of Taliaferro County and the northern part of Hancock County united with a vision of expanding their freedom. A group of courageous pioneers from the Powelton New Hope Baptist Church, led by Deacon Willie Peak, Deacon Abe Frazier and Deacon Philie Jones, came together and founded the Antioch Baptist Church. The deacon board purchased two acres of land from the Veazey estate and two acres were deeded to them from a cemetery. 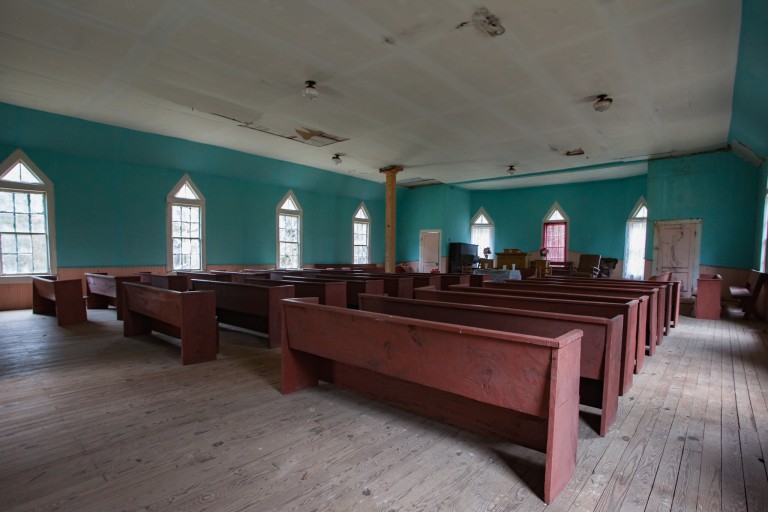 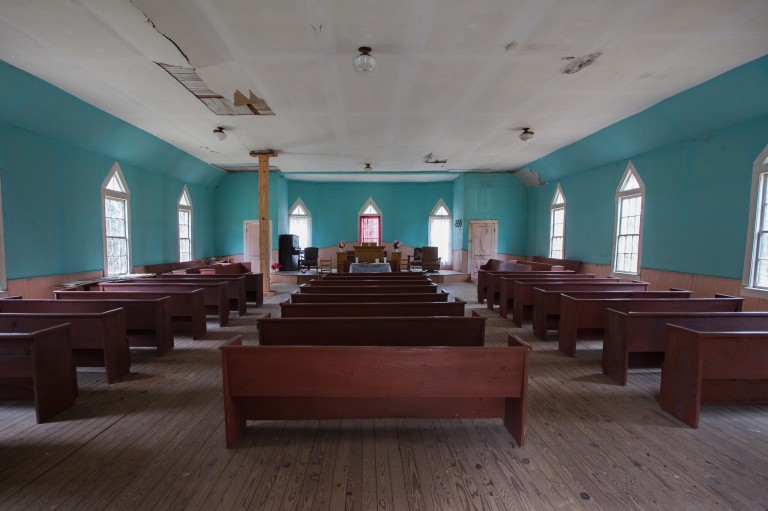 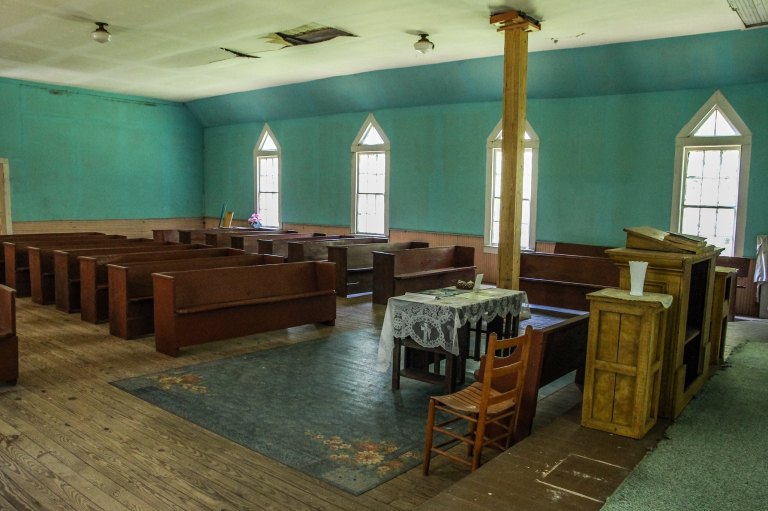 The design of the church is quite different from any other Baptist church from the same period, making it stand out and turn heads. Antioch Baptist also has the unique distinction of being the most photographed church in Georgia. The twin Gothic Revival style towers along with the Gothic arched windows are uncommon design elements in rural Baptist churches. According to a church member, Antioch fell victim to a fire in 1921 and the building was reconstructed in 1923. Upon the death of Deacon George Turner in February of 1992, the church ceased to meet on a regular basis. Today, the church suffers from a lack of maintenance resulting in serious structural issues. 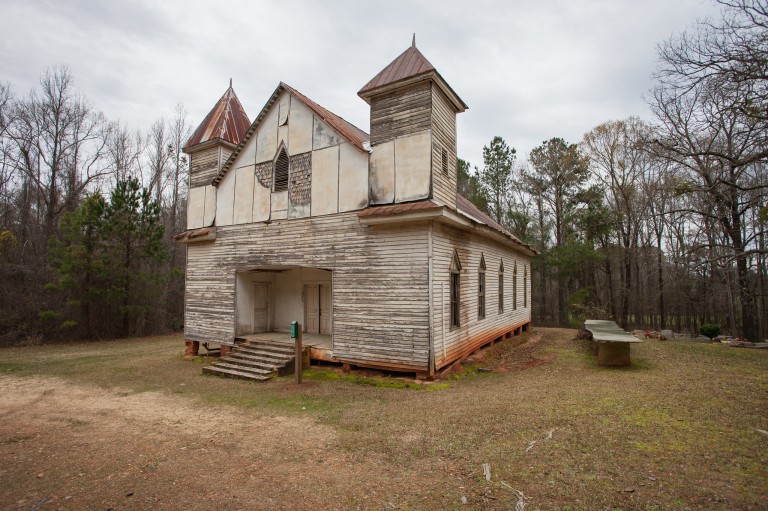 The oldest documented grave in the church cemetery belongs to Reverend William Darden, who was buried in 1898. There are 71 documented internments, but like many older graveyards, there are also unmarked graves. A county census conducted in 1977 lists 32 documented graves with headstones and 73 unmarked graves that had been identified by Deacon George Turner. 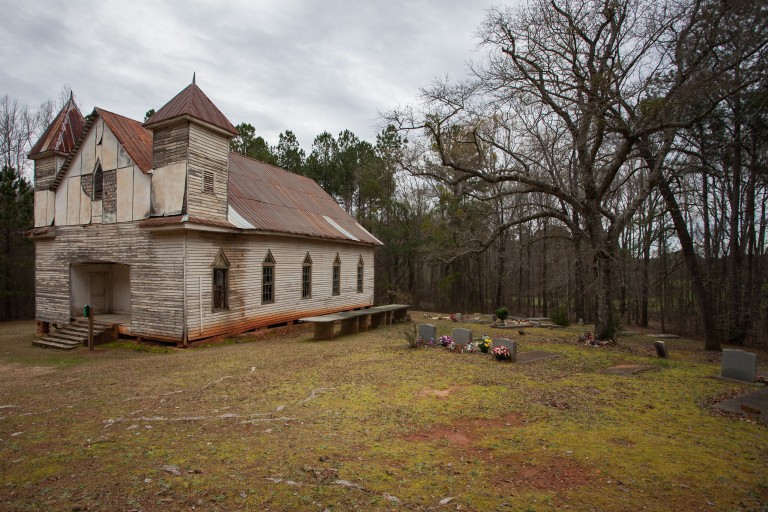 One Reply to “Antioch Baptist”

© Abandoned Southeast 2020. Unauthorized use and/or duplication of this material without written permission from the author is strictly prohibited. Excerpts and links may be used, provided that full and clear credit is given to Abandoned Southeast with specific direction to the original content.