In the late 1800s and early 1900s, Union Springs, Alabama flourished. Two major railroads intersected in the small town, making it an important hub of the state and the South. The booming industry and commerce in Union Springs made many inhabitants very wealthy, which led to the many graceful Southern mansions being built all around town. From the days of Reconstruction onward, the architecture of homes built in Union Springs was as diverse as the aristocrats that constructed them. Known today as the Rainer-Lewis House, construction began in 1902 on this impressive twelve-room mansion. The Neo-Classical Revival style home, completed in 1904, features an ample portico with four large Corinthian columns, a romantic second-floor balcony, and a stained-glass window on the interior stairway. Although the house is attributed to Sterling Price Rainer, Jr., he would have been a teenager at the time of its construction. According to Bill Rainer, the grandson of Rainer, Jr., the house was likely built by Sterling Price Rainer, Sr.’s older half-brother, William Walton Rainer.

William Walton Rainer was born on February 12, 1853. He was the oldest son of Captain Joel H. Rainer, a pioneer citizen and leader in the early history of Union Springs and Bullock County. W. W. Rainer served as president of the Merchant and Farmers Bank of Union Springs for over 20 years. In addition to his connection with the bank, Mr. Rainer had been for many years one of the largest planters in the area. He died on October 21, 1929, at the age of 77 following a major operation at a Montgomery hospital. W. W. Rainer had always taken an interest in politics and served as a member of the State Democratic Executive Committee and School Board. At the time of his death, he was the oldest businessman in Union Springs.

In 2012, the Rainer-Lewis House sold to Dr. Marcy Hikes-McDonald, who discovered the home for sale through the internet. She purchased the home and moved to Union Springs to retire after working for the Veterans Administration for many years. Dr. Hikes worked to restore and furnish the stately home. Her brother, Robert Hikes, retired from Honeywell Corporation in Massachusetts and moved into the home with her. In 2015, Marcy and Robert decided to move to Georgia to be closer to family and vacated the Union Springs property. Due to the either age or illness, the address is exempt from property taxes and has been left abandoned. In February 2022, workers were seen around the property, and lift trucks were parked out front leaving many to wonder if a renovation was pending. As it turns out, the equipment was for an ongoing restoration next door and not the Rainer-Lewis House. A neighbor emailed me over the summer and said the house had been purchased by a contractor who plans to restore and live in the home. 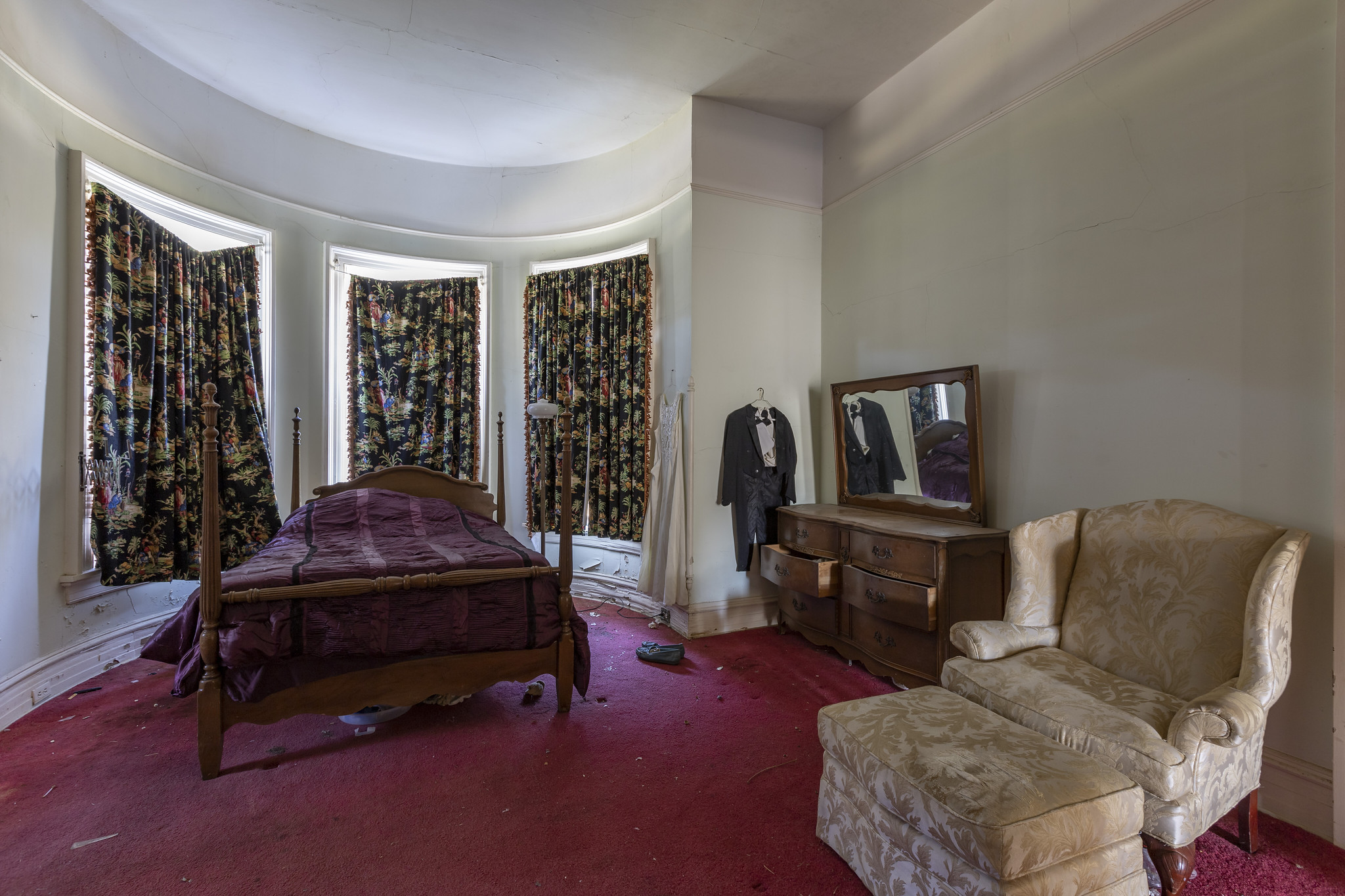 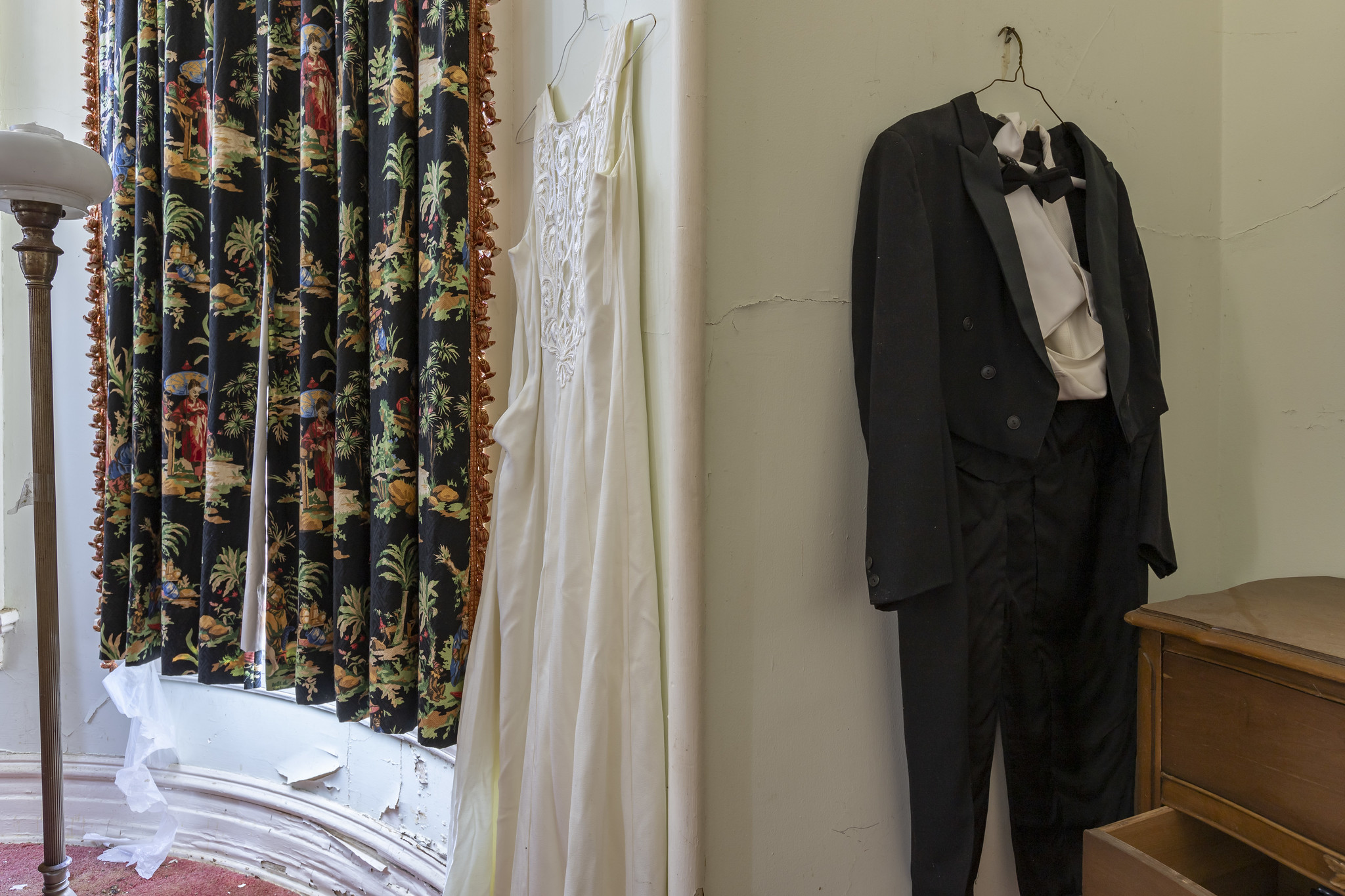 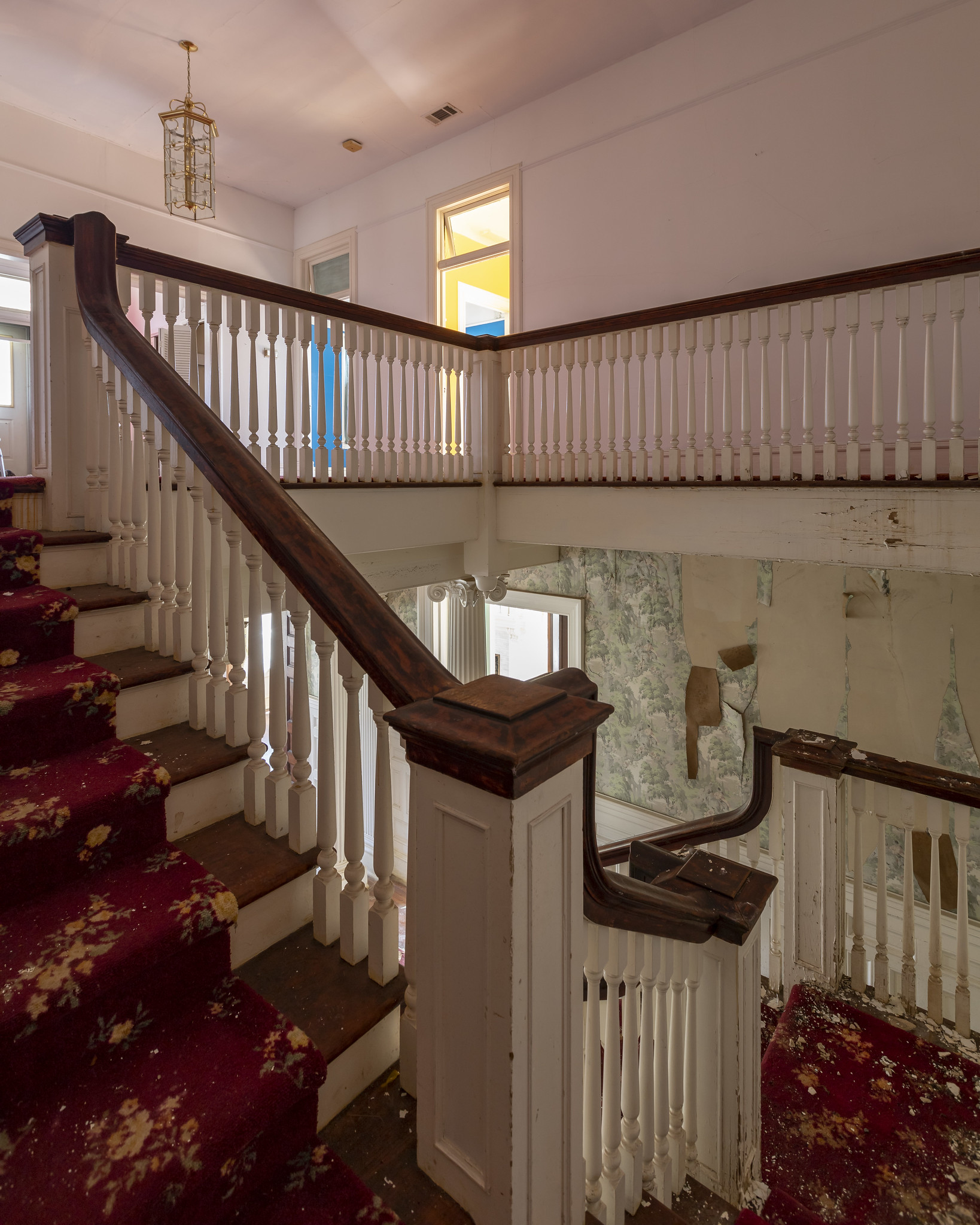 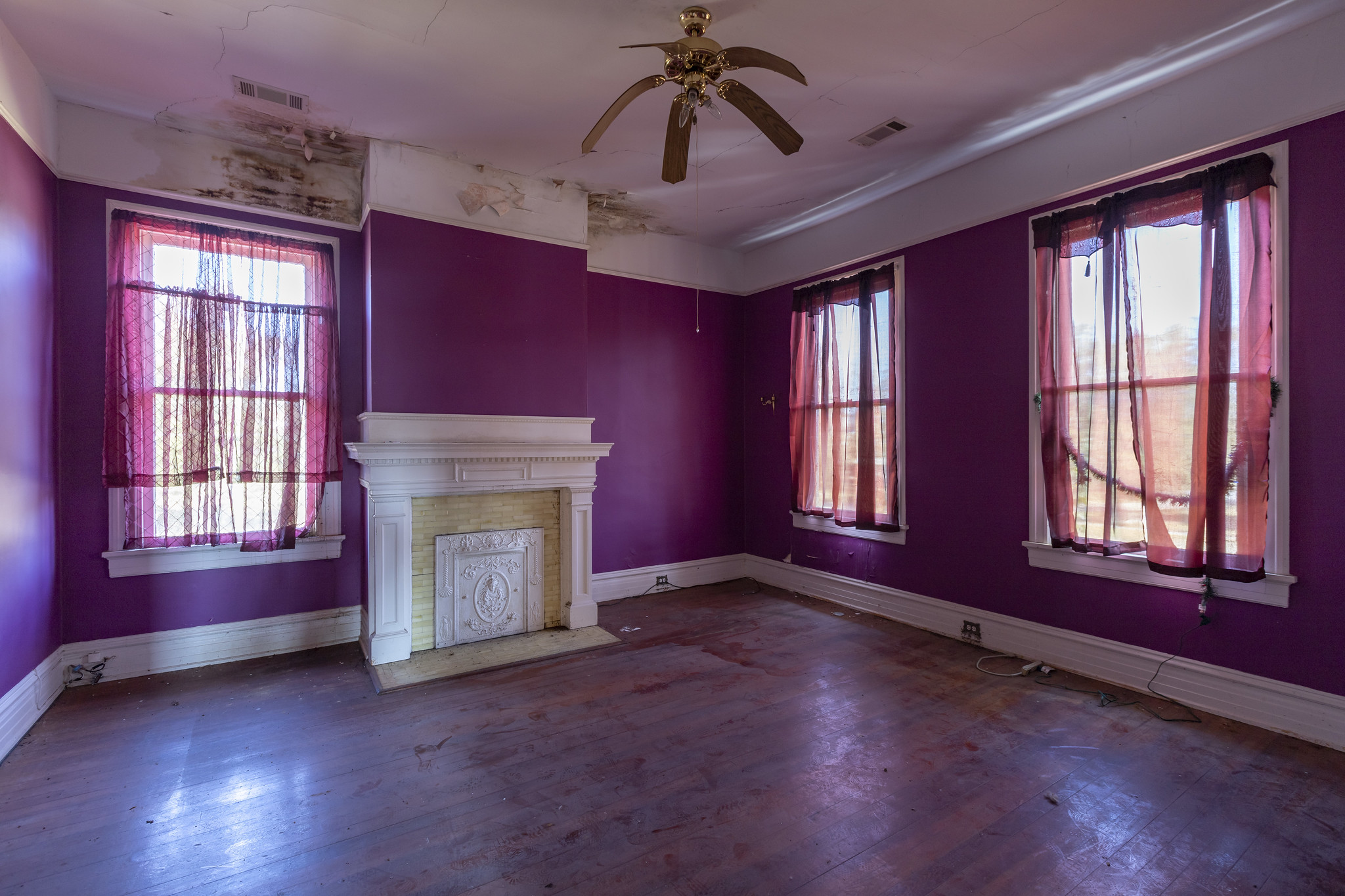 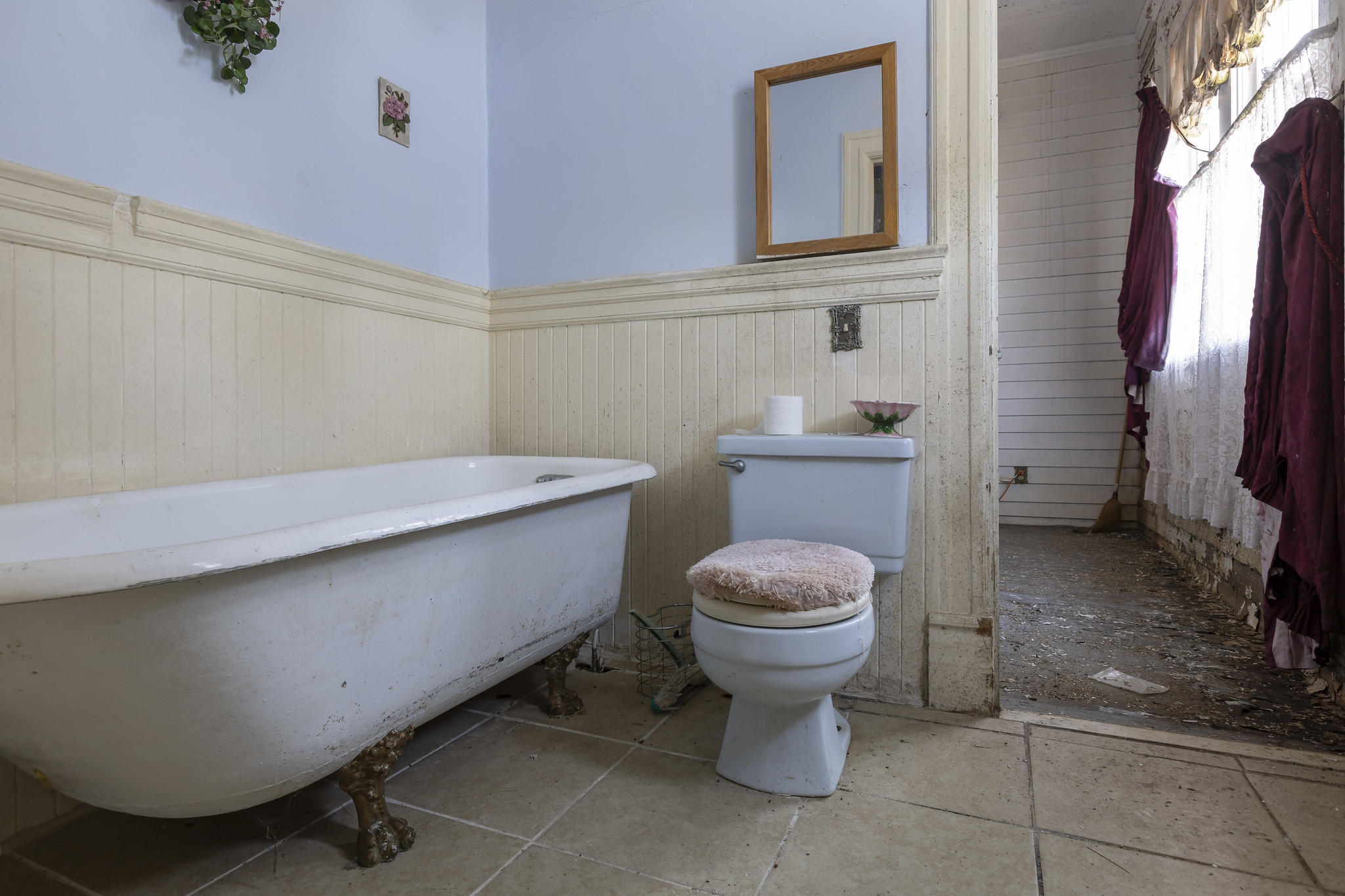 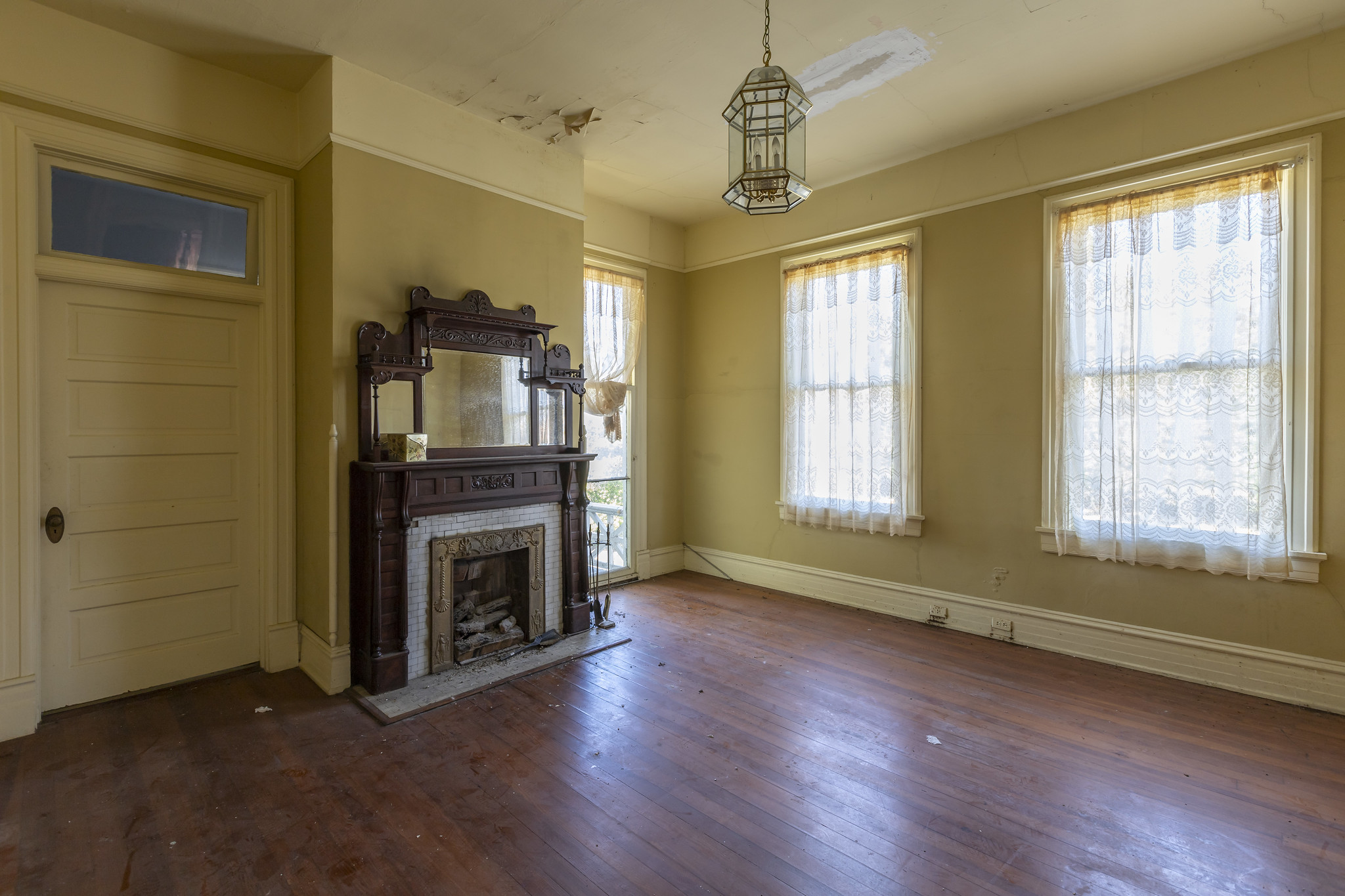 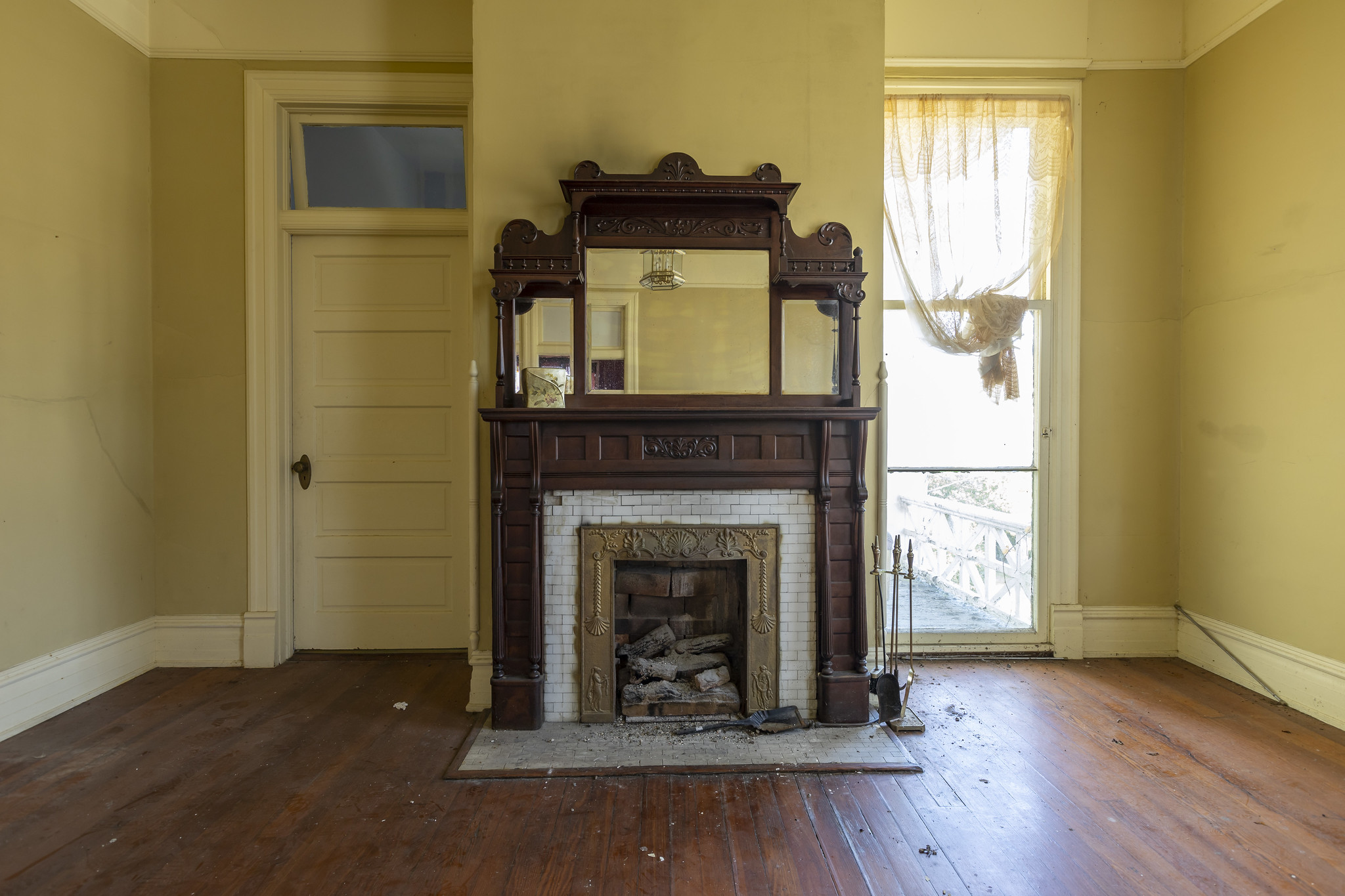 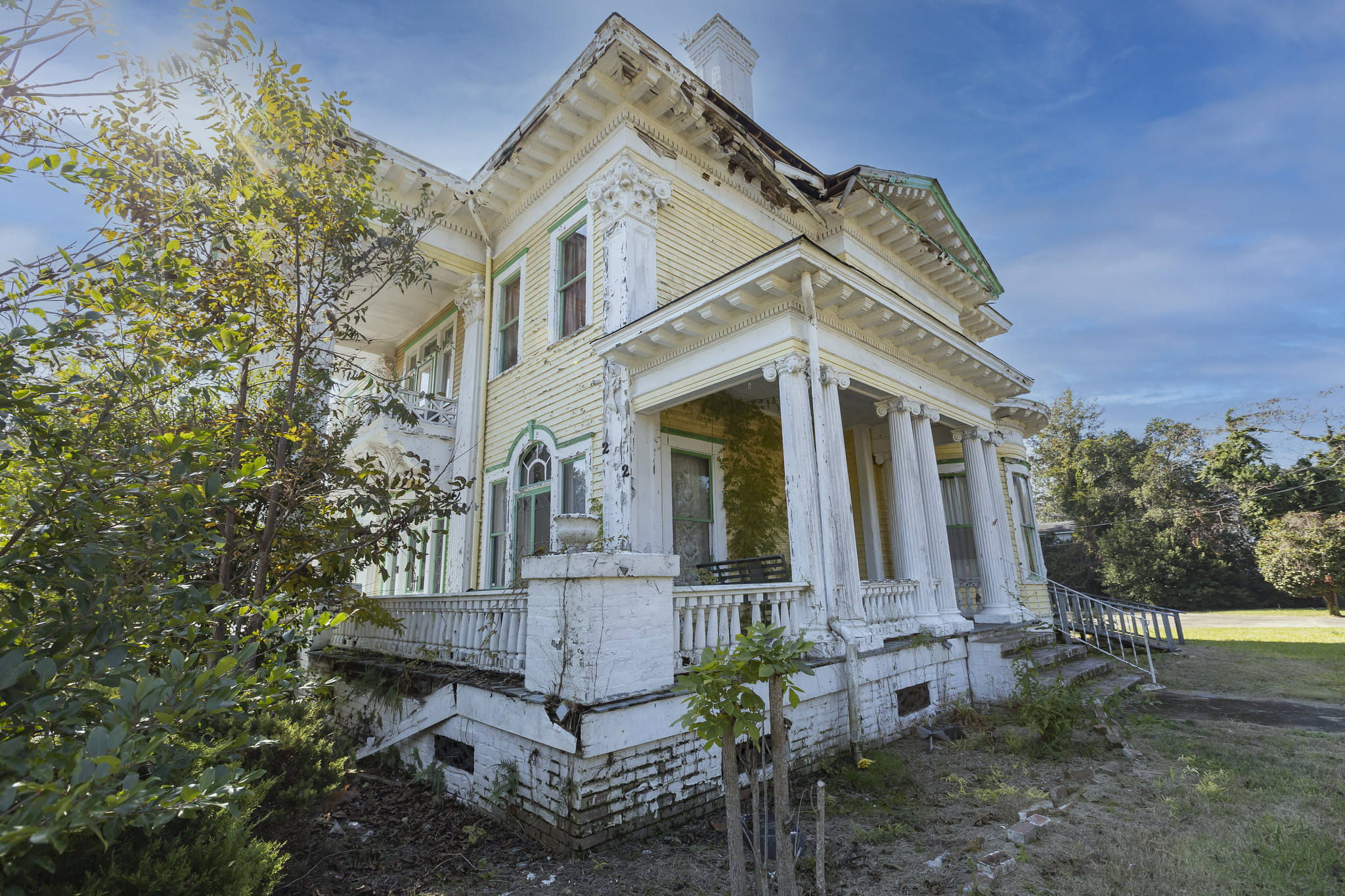 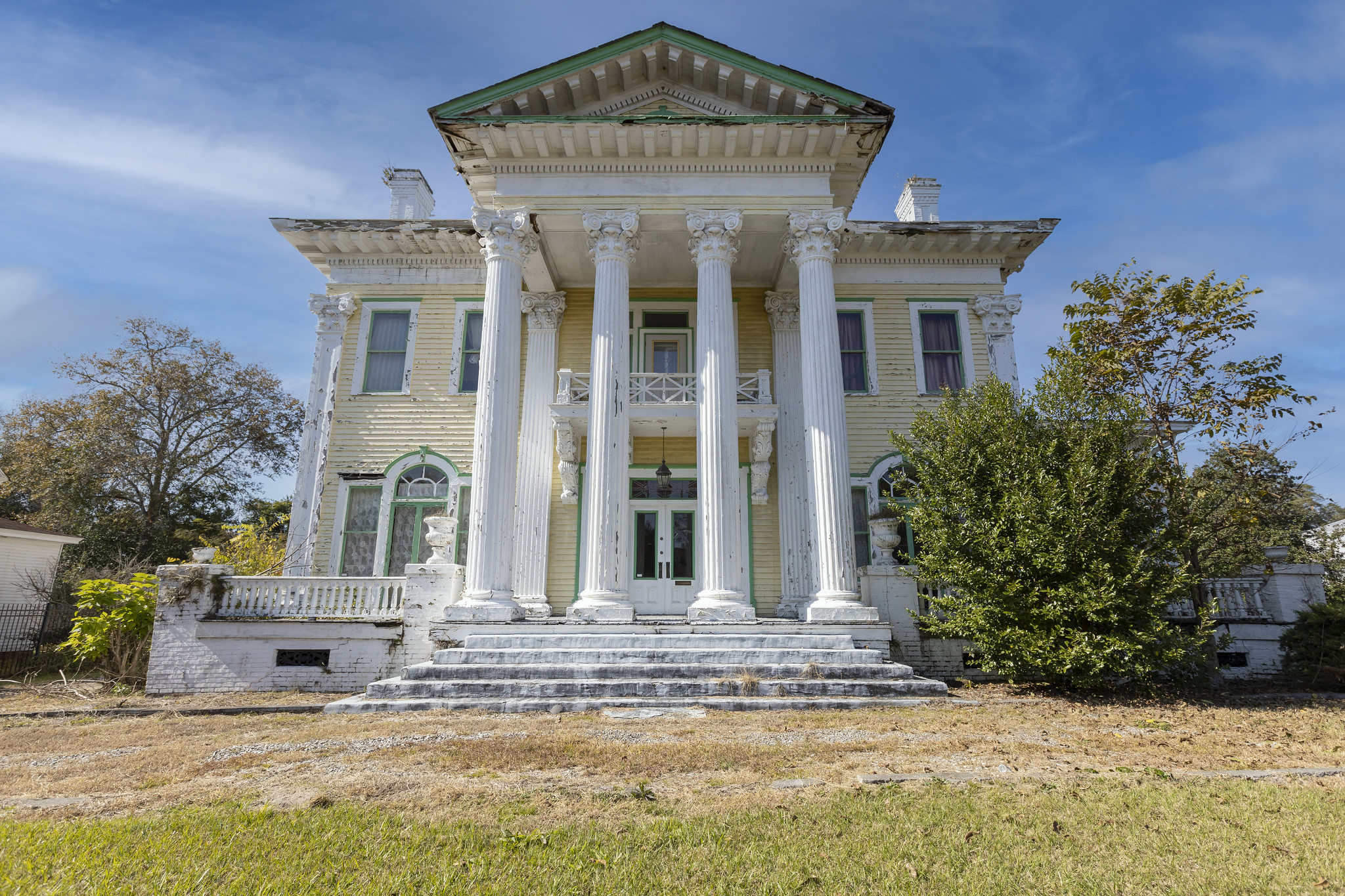 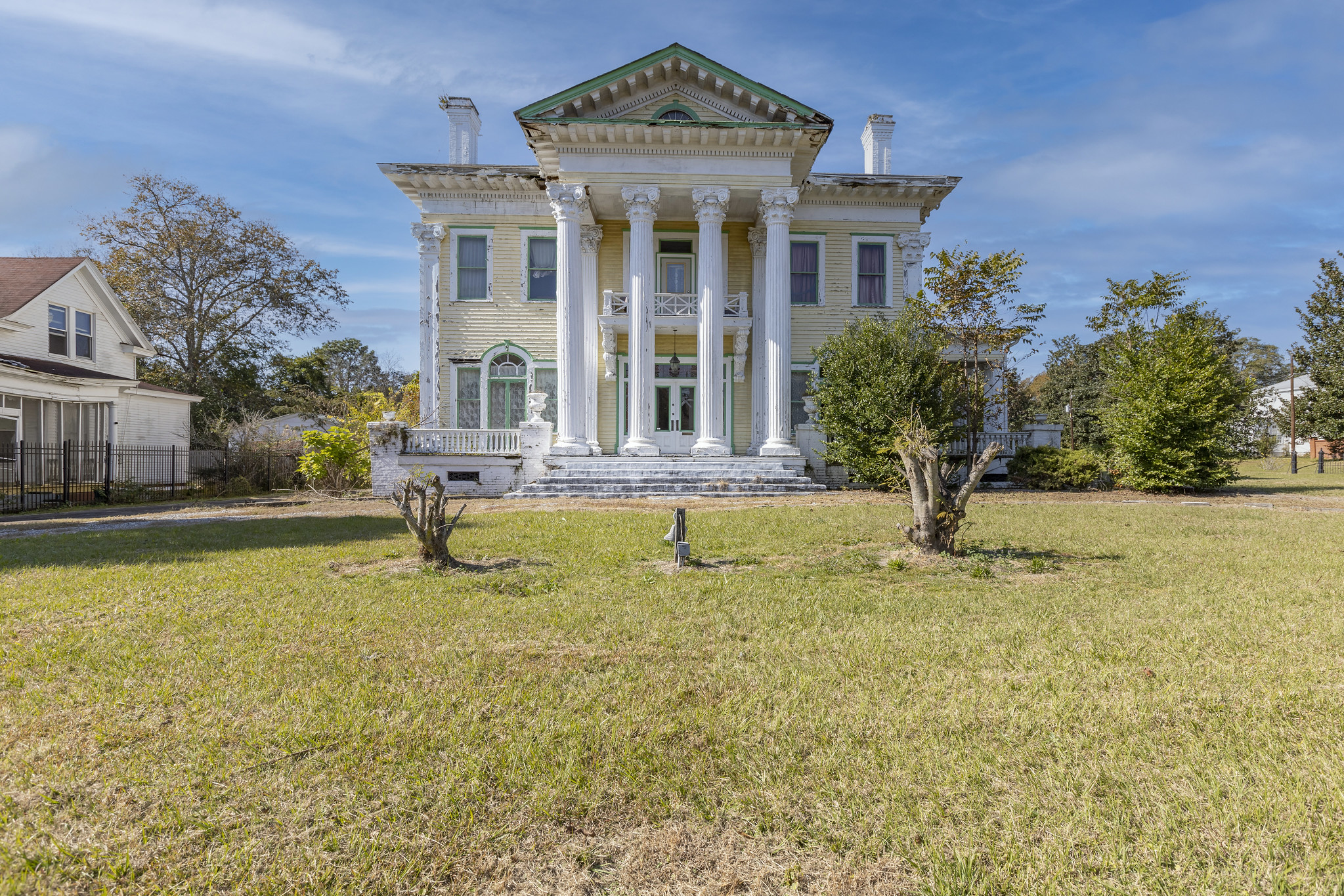 You can find me on Facebook, Instagram, Twitter, and TikTok. For more amazing abandoned places from across Alabama, check out Abandoned Birmingham and Abandoned Alabama: Exploring the Heart of Dixie.