In 1888, the congregation of the Second Presbyterian Church decided to purchase a lot for the construction of a new building. They called upon architects Frederick Kees and Franklin B. Long to design their church, while Memphian Edward C. Jones served as supervising architect. Construction began on the 25,000-square-foot Gothic Revival church in February 1891 and the foundation was laid in May of that same year. Upon completion, the church was the largest in the country, south of the Ohio River. The building cost $100,000 to complete and the beautiful stained glass windows soon became the talk of the town. The first service at Second Presbyterian was held on Sunday, October 16, 1892. In January of 1893, the church had a dedication service and all of the presbyterian pastors in Memphis were in attendance.

The African Methodist Episcopal Church purchased the property from the Second Presbyterian Church in 1949 for $90,000 and renamed it the Clayborn Temple in honor of Bishop John Henry Clayborn, chairman of the A.M.E. church’s 13th District. Throughout the 1960s, the Clayborn Temple was a hub for the civil rights movement. On February 12, 1968, Memphis Sanitation Workers went on strike after two African-American sanitation workers died due to work-related injuries followed by years of discrimination and dangerous working conditions. The Clayborn Temple was the distribution site for sanitation workers’ “I Am A Man” protest signs which were made in the church’s print shop.

Martin Luther King, Jr. used the church as a home base for planning marches as well as the starting point for nightly non-violent marches to City Hall. However, one march turned unexpectedly violent as local youths joined the march and began smashing windows on Beale Street. Police used teargas and rubber bullets to push the march back towards the church. One 16-year-old boy was shot and killed by Memphis Police. The church suffered heavy damage as protesters retreated inside from law enforcement to an already tear-gas-filled church.

Due to the ongoing protest, on April 3, 1968, Martin Luther King, Jr.’s “I’ve Been to the Mountaintop” speech was moved from the Clayborn Temple to the Masonic Temple. At the end of his speech, King discussed the possibility of an untimely death. The following day, Martin Luther King, Jr. was assassinated. Two months after the strike began, sanitation workers gathered at Clayborn to to accept the city’s offer to recognize the union.

The sanitation workers’ strike ended on April 16, 1968, with a settlement that included wage increases and union recognition. However, additional strikes had to be threatened before the City of Memphis would honor its agreement. With the growth of downtown Memphis, residents moved farther out and the congregation slowly dwindled. By the mid-1970s, the church was in a state of disrepair due to neglect by the congregation and abuse from vandals. The church was originally added to the National Register of Historic Places in 1979 for its local significance and as a rare example of Romanesque Revival architecture. The NRHP listing was updated in 2017 with the name Clayborn Temple, and included documentation of its pivotal role in the Civil Rights Movement.

After a $500,000 renovation, the Clayborn Temple was rededicated in 1983. However, by the 1990s, the church was in disrepair. The congregation could not support the building and decided to close its doors in 2002. For years, the A.M.E. church planned to restore the property, but instead decided to list it for sale in 2011 for $1 million. The A.M.E. Church was targeting a foundation or non-profit organization for a buyer. They believed it was cost $4 million to renovate the building on top of the $1 million price. The original stained glass windows, organ, and chandelier remain today.

After four years on the market, the Clayborn Temple sold in 2015 to a nonprofit group, Neighborhood Preservation Inc., for $65,000. The group plans to return the church to religious, educational, and community uses. In 2017, the NRHP labeled Clayborn Temple a “National Treasure.” Its preservation will be assisted by a grant of $400,000 from the National Park Service in 2018, followed by a further $500,000 grant to restore the sanctuary. Also in 2018, the church was awarded a $42,000 grant by the National Park Service via the Tennessee Historical Commission to help restore its bell tower, and the City of Memphis unveiled its I Am A Man Plaza beside the church. In 2019, the designer of the plaza, Cliff Garten Studio, received a Merit Award from the Tennessee Chapter of the American Society of Landscape Architects. Clayborn Temple has been named to the new multi-state U.S. Civil Rights Trail, along with the Lorraine Motel and Mason Temple, and it is a stop on the Memphis Heritage Trail of civil rights sites. In 2019, it was announced that a building permit was being sought in the amount of $1.5 million to begin work on the building’s exterior. The project includes restoration of the church’s massive stained glass windows that were damaged during the 1968 strike, including the insertion of some new images inspired by the civil rights movement. 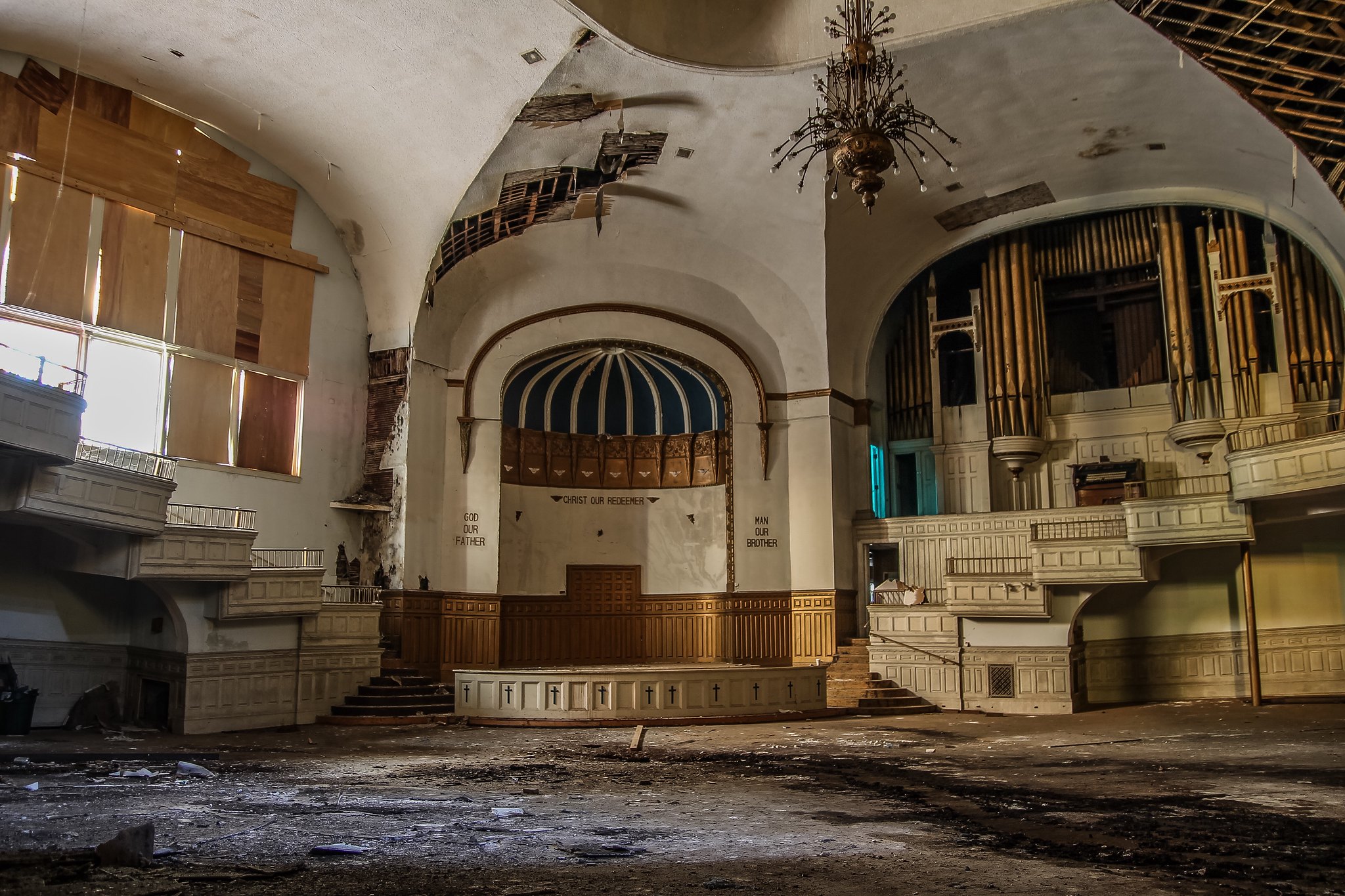 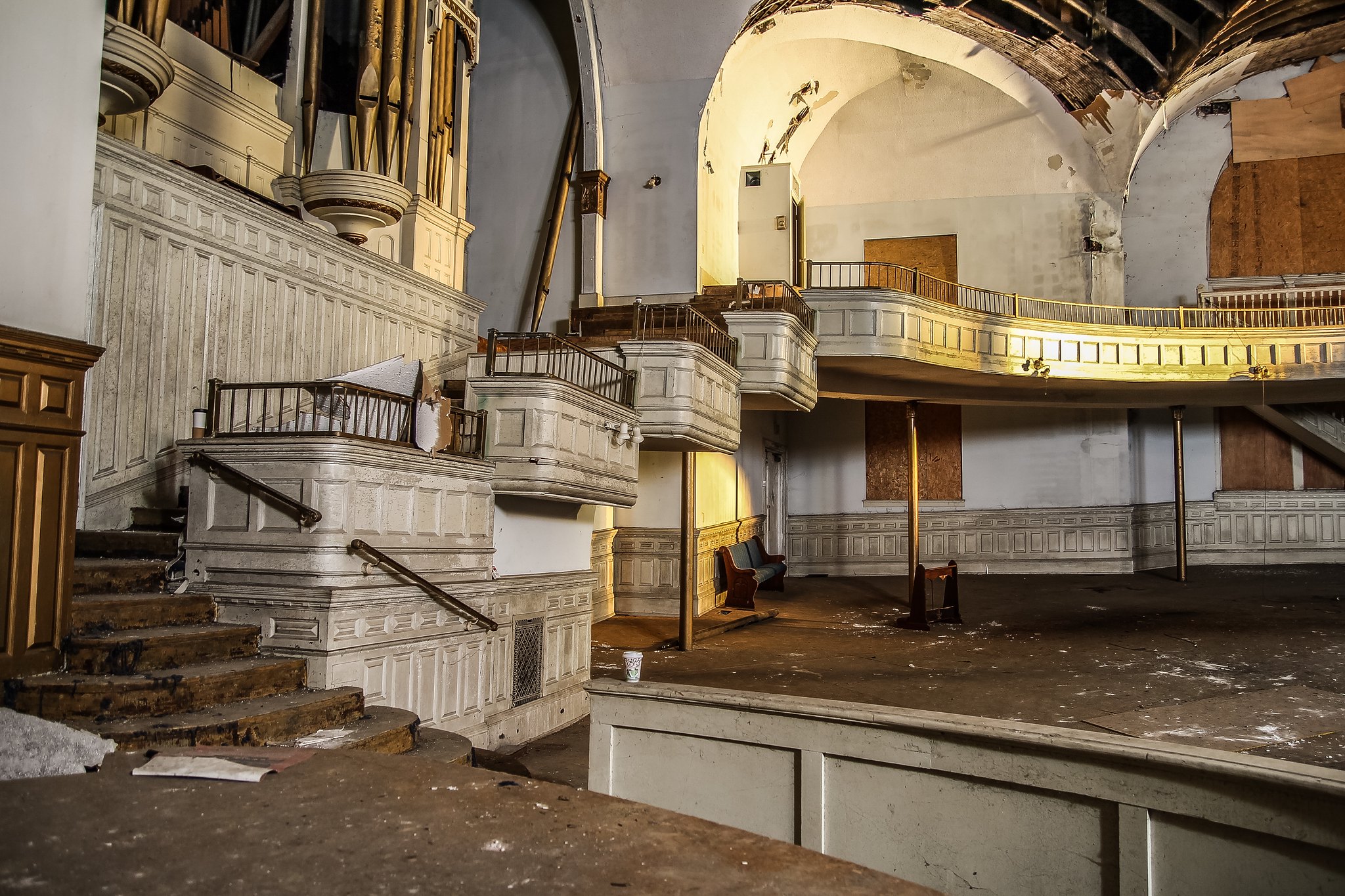 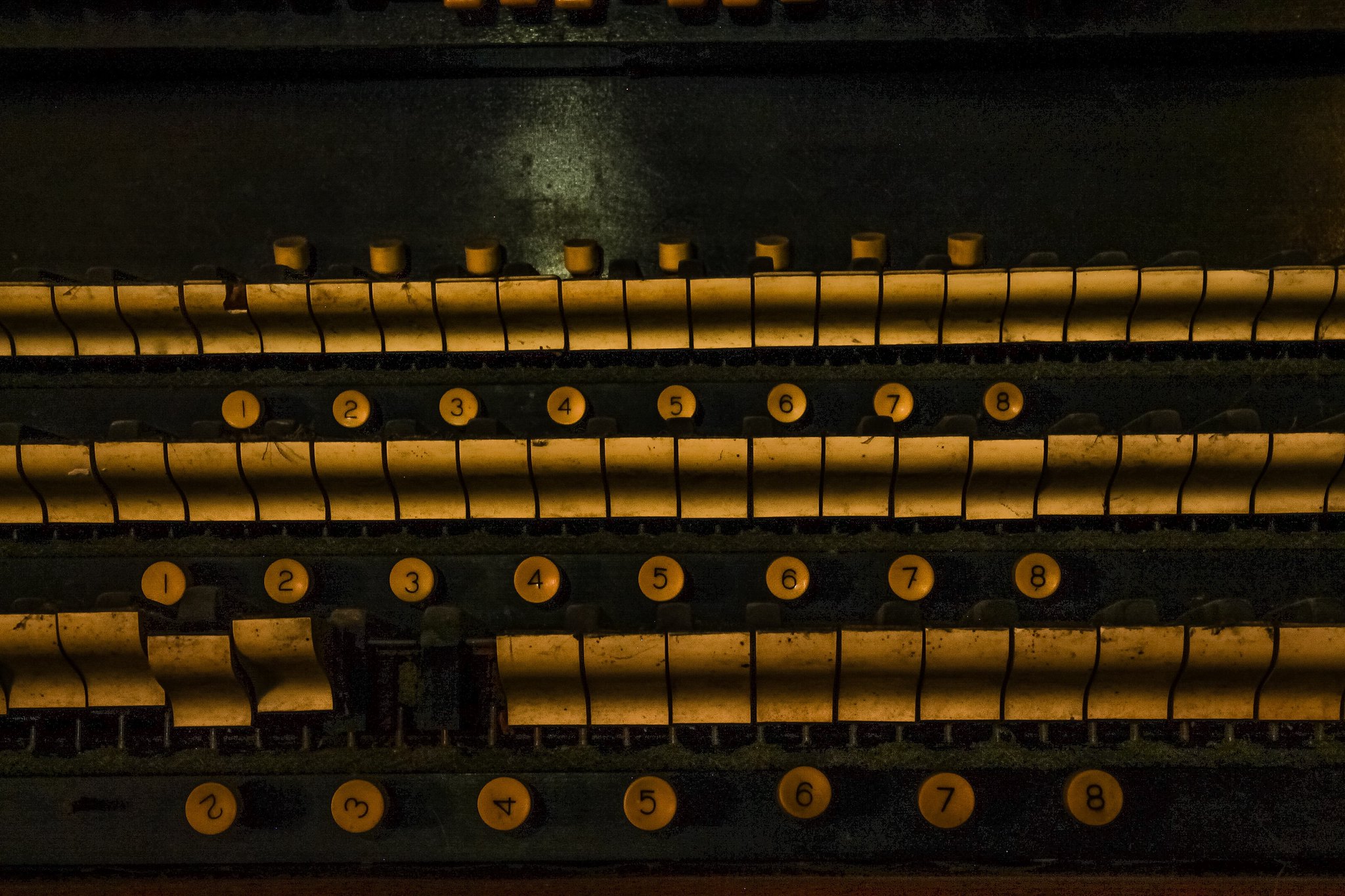 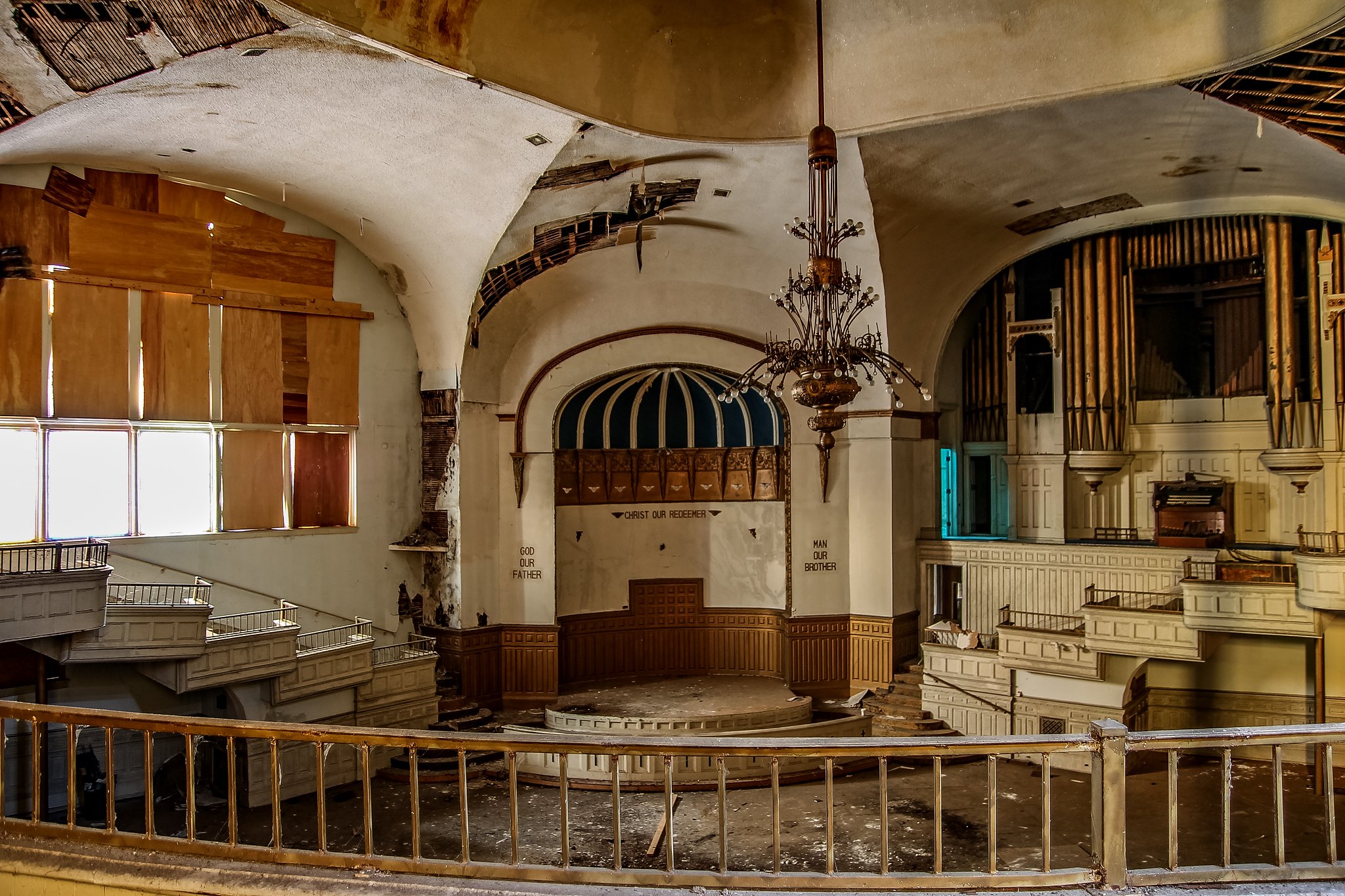 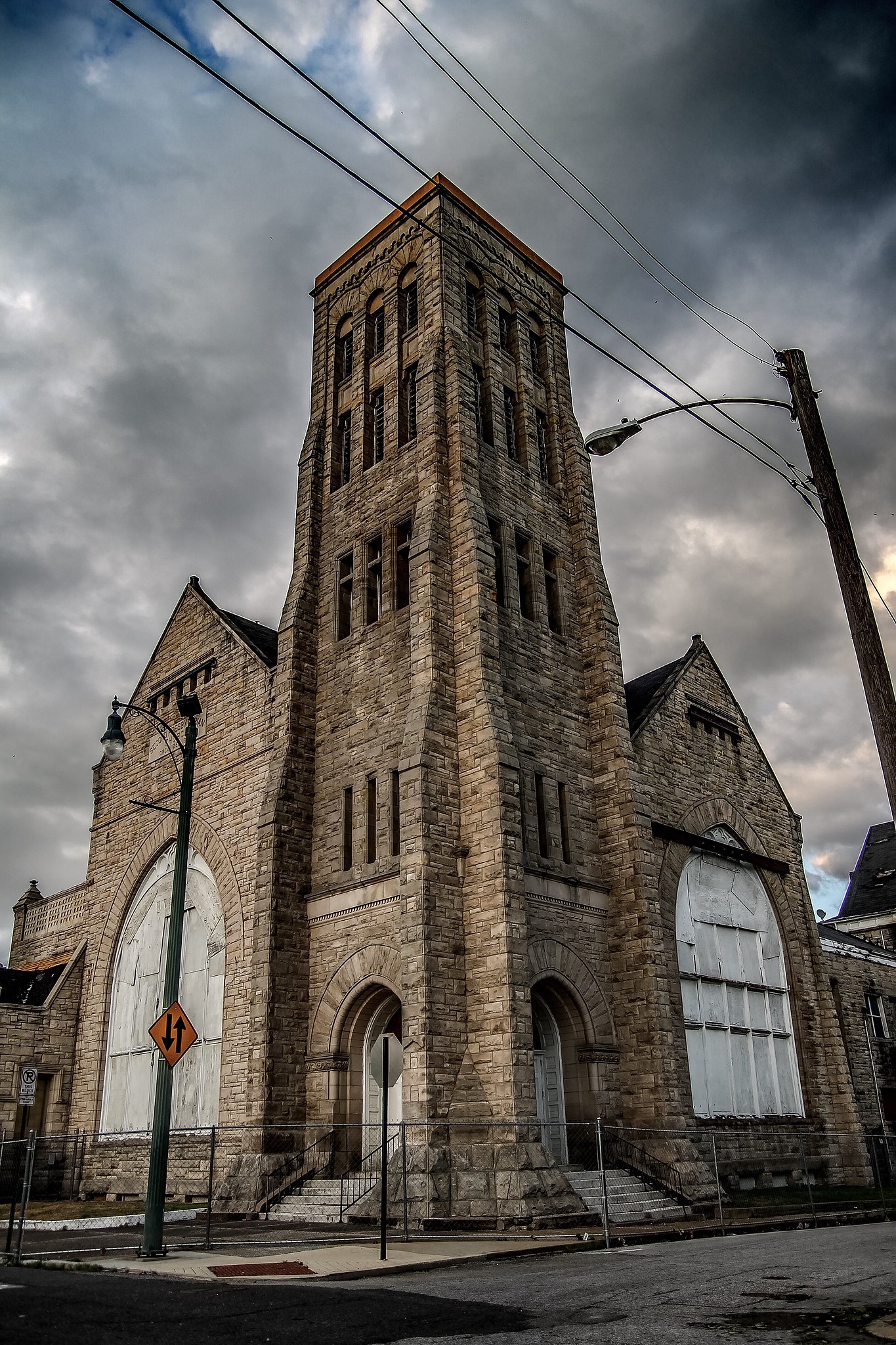 You can find me on Facebook, Instagram, Twitter, and TikTok. For more amazing abandoned places from all across the Southeast, check out my books that are available through Amazon.