During Hollywood’s golden era, hundreds of movie houses were built across the Southeast in cities and towns of all sizes. Today, some of those theaters are still in existence while others have been allowed to fade away. By the 1930s, many Southern towns like Florence, South Carolina were slowly rebounding from the Great Depression. As the railroad expanded and brought in more people, small towns across the state quickly blossomed and the theaters became a popular source for family entertainment.

Originally constructed in an Art Deco motif, the O’Dowd Theatre in downtown Florence first opened its doors in the late 1920s. Film showings included a midday matinee and a Friday and Saturday night feature. Ticket prices were a quarter, give or take a few cents. The current Carolina Theater building was constructed in 1940 and opened on April 1, 1940 – after the previous building burned down in a 1939 fire. The fire happened during a mid-week showing of the movie San Francisco, which chronicles the West Coast city’s devastating 1906 earthquake. There were no fatalities or serious injuries.

Spectators filled the street as smoke swirled around the firefighters battling the blaze. There were many efforts to save many neighboring buildings, including the W. M. Waters Furniture Company, which was next door to the theater. The manager at Waters was atop the building, spraying water to discourage the spread of the fire. One of the best-known sayings to come out of the incident was when the cashier of the Carolina called owner Martin A Schnibben at the Colonial Theater to tell him, “Mr. Gluck is at the Carolina.” The rule was never to refer to fire in a theater, so Mr. Gluck was the fire’s representative. It worked well, and Schnibben took off on foot running around the corner to the Carolina.

It was reported the fire started in the projection room. The owner was concerned about a black family that lived in a space above that room. After several days went by, and they reappeared safe and sufferers of little loss. Ads the next day showed lots of appreciation for the firefighters who extinguished the blaze. The owner of the theater stated repairs would begin immediately. C.D. Waters, whose store had been most endangered, did an ad thanking the firefighters and promising his store would be open the next day. Probably the greatest national attention came from the VFW and a recommendation that Roger Cook receive the Carnegie Medal for bravery. It was Cook who went to the stage front of the theater and, with lights-down, announced that a new state law required an evacuation of theaters for quick examination of the theater periodically to ensure there was no fire. After a little groaning, the audience made their way out onto the street, where they were amazed to learn the theater was on fire. No award was ever given to Roger Cook. The fire at the Carolina and two other fires that happened shortly after are considered as being the impetus for the city to begin work on a water system for downtown.

Prior to the fire, the theater showed cowboy movies on Wednesdays, Fridays and Saturdays. At the same showing, the theater usually also displayed a cartoon (this is how Looney Tunes and Mickey Mouse got their start), local advertisements and a serial. Serials were sort of a predecessor of TV shows in that they were shown in pieces and each piece moved the script forward. They remained in demand until television sets became popular. Over the years, the Carolina underwent numerous renovations to remain current with the times. After World War II, the auditorium seats were replaced along with the curtains. A fire in the 1950s destroyed the original roof, so steel beams were added in place of the original wood beams. A portion of the theatre’s original art-deco styling is still visible above the street-level façade as well as in the mezzanine which remains mostly unchanged.

The last time the 750-seat facility was used as a theater was in the 1970s. After that, the building was used for church services until the 1980s. Once the church closed, the theater was left abandoned. The City of Florence eventually acquired the building and rumors spread quickly of a possible redevelopment. Plans for the $2 million redevelopment project include transforming the space into a multi-purpose event facility with a 200 to 250-seat venue that would primarily be used for concerts, weddings, or conferences. The building will also be equipped with a restaurant kitchen to cater the events. City officials hope revving the old theater building will add more nightlife to the downtown scene. The renovation was set to begin in early 2020, however COVID happened and slowed everything down. The delay on starting demolition allowed workers to slow down and do a more selective demolition. Construction is set to begin in February 2021. It will last 12 to 14 months which would put the completion date in the Spring of 2022. 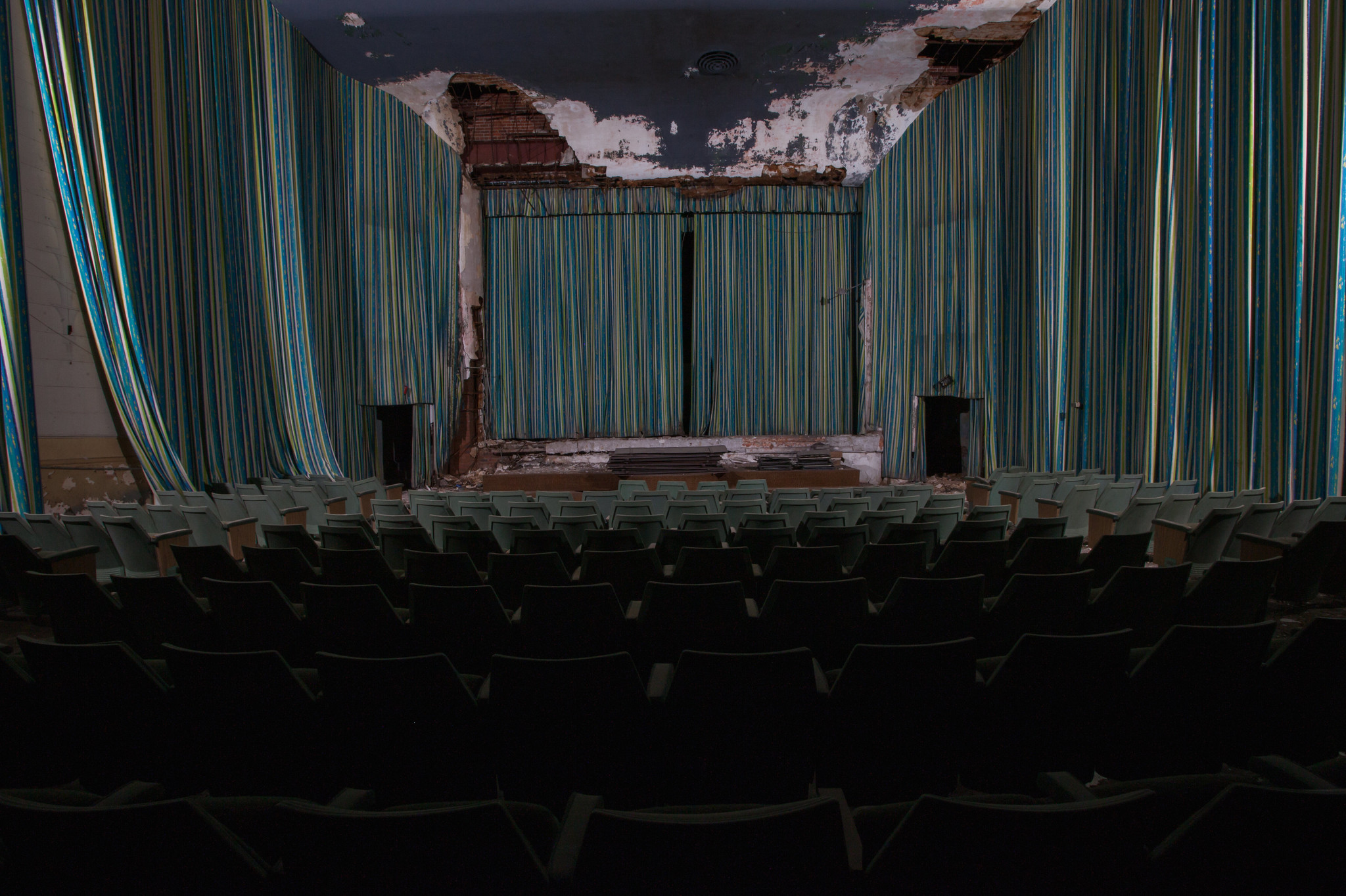 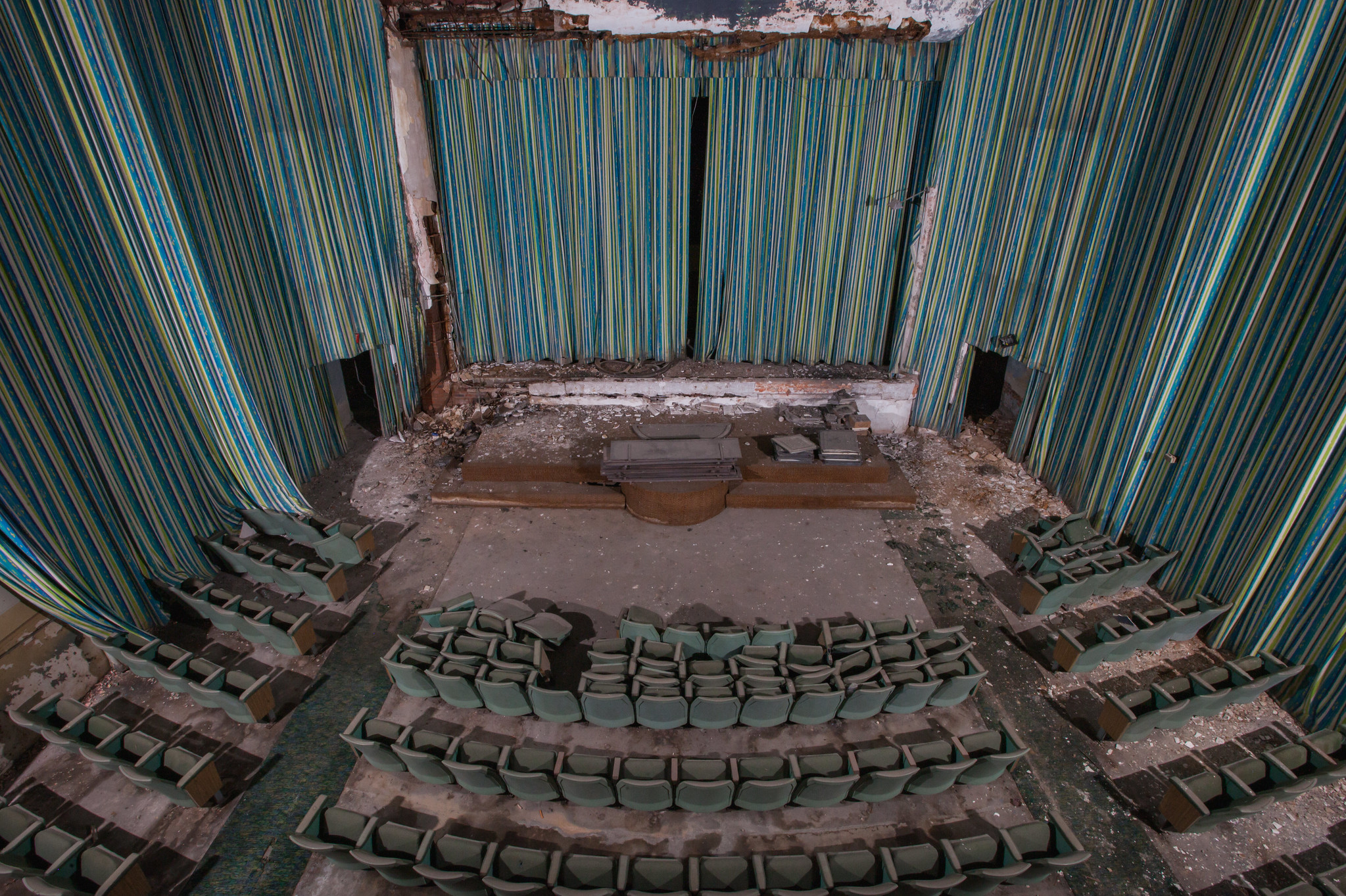 Thanks for reading. I appreciate the support. Please share the blog with your friends.