Dr. Charles Scudder was a student at Loyola University under Dr. Alexander Karczmar. After graduation, Dr. Scudder became the associate director for the Loyola University of Chicago Institute for Mind, Drugs, and Behavior. Years later, Karczmar described his former student, friend, and colleague as being quite eccentric. He kept a pet monkey and would dye his hair odd colors. He believed in the unity of the universe and published the results of his experiments on that subject. Dr. Scudder bought a mansion on West Adams Street in Chicago and filled it with baroque furniture he purchased from the Balaban and Katz theatres. He was also an accomplished harp player and had been invited to play with the Chicago Symphony Orchestra. By the 1970s, Dr. Scudder’s four boys from a previous marriage were already adults. He and Joseph Odom, his long-time housekeeper and companion, continued to live in the old mansion in Chicago. Although, the couple envisioned living an off the grid lifestyle. Dr. Scudder was tired of university politics, the daily hustle of the big city, and unruly medical students. He wanted to live a more simple lifestyle.

After months of searching, Dr. Scudder and Joseph Odom purchased a 40-acre plot of land in the hills of Chattooga County, Georgia. The property was only accessible by an old logging road. There was no running water, phone, or electricity available. They had a well dug to pump water and used lanterns and candles for light at night. In the winter of 1976, on his 50th birthday, Dr. Scudder quit his job. When they arrived, Dr. Scudder and Joseph Odom saw the bare, hauntingly beautiful trees around them and named their new home: Corpsewood Manor.

Accompanied by their two English mastiffs, the couple lived in the camper while they built their dream home using only hand tools. A total of 45,000 bricks were laid by hand during the construction of the house, three layers thick with a two-inch-wide air space between the layers for insulation. They lived simply in their two-story home. A wood-burning stove provided heat, a chemical toilet served as an outhouse, and they grew their food. Behind the house, they had a small vineyard for making homemade wine.

By the end of the first summer, they were able to move into the first floor, which contained the kitchen, dining room, and living room. The next year, they put on a roof over the two upstairs bedrooms, which were reached by a circular stairwell illuminated by stained glass. Besides the two-story house, the couple built several outbuildings, including a three-story chicken coop. The first floor of the coop was for poultry and food storage. The second floor was for canned goods and the couple’s pornography collection. The third floor was nicknamed the “Pink Room,” and was where the couple would entertain guests.

Local hunters would often come along and ask for permission to use their land. That is how Dr. Scudder and Joseph Odom met Avery Brock. Brock was a regular hunter and had been allowed to hunt on their land numerous times. The lifestyle the couple enjoyed led Avery Brock to speculate Dr. Scudder and Joseph Odom were millionaires when they had spent most of their savings on building their secluded homestead.

Avery Brock told his friend, 30-year-old Tony West, a story about “queer devil-worshipers” who, he believed, were hiding a fortune in their home. The pair planned to rob the couple and put their plan into motion on the night of December 12, 1982. Brock and West picked up West’s nephew, Joey Wells and his friend Teresa Hudgins and headed to Corpsewood Manor. When they arrived at the home, Scudder took them into the Pink Room where they partied and drank homemade wine.

After several hours of partying, Brock stepped out to his car and retrieved a .22 caliber rifle. He walked back to the house and shot Odom four times. Brock shot the two mastiffs next, which were still laying next to the stove. They tied up Dr. Scudder and demanded money. Wells and Hudgins attempted to flee, but after the car would not start, they were forced to return to the house. Brock and West ransacked the house but were unable to find anything worth any value. West shot Dr. Scudder in the head at point blank range and the group fled the scene. The duo attempted to steal Dr. Scudder’s harp, but it would not fit in the vehicle.

Brock and West stole Scudder’s black Jeep and fled westward. They stopped at an I-20 rest stop outside of Vicksburg, Mississippi where they took a car from Navy Lieutenant Kirby Phelps and murdered him during the process. On December 16, a neighbor discovered bullet holes in the door of Corpsewood Manor and called the sheriff. On that same day, Teresa Hudgins came forward to the police. According to the sheriff, she was held captive by Joey Wells at his mother’s house before escaping. A nationwide search quickly ensued. Teresa Hudgins and Joey Wells cooperated with the police and never charged with any crime. Avery Brock returned to Georgia and turned himself in on December 20, 1982. West did the same in Chattanooga, Tennessee on Christmas Eve. Both of the men received a sentence of life in prison. Avery Brock is currently serving out his sentence in Georgia State Prison while Tony West is presently at Augusta State Medical Prison. They have both been denied parole multiple times.

While investigating the murders, the police found two human skulls, three vials allegedly filled with LSD, a small occult library, numerous occult tools, a large general academic and literature library, and gay pornography. The sheriff’s office in Chattooga County labeled Dr. Scudder and Odom as “devil worshippers.” Also, found inside the house was a painting by Dr. Scudder that was completed months earlier, depicting him bound in a chair with five gunshot wounds to his head. The sheriff had previously tried to bring charges against Dr. Scudder and Odom for their odd behavior but was unable to do so because of freedom of religion. A neighbor told reporters that Dr. Charles Scudder had joined the Church of Satan, but wasn’t an active participant. He said that Charles told him he joined the church to see what it was all about and that he was an atheist. Dr. Scudder’s neighbor, like many others in Chattooga County, were not aware that the Church of Satan is in fact, atheistic. Friends of Dr. Scudder believe that him being openly gay in a time where discrimination was prevalent would have made the Church of Satan’s policy of anything goes between consenting adults very attractive. 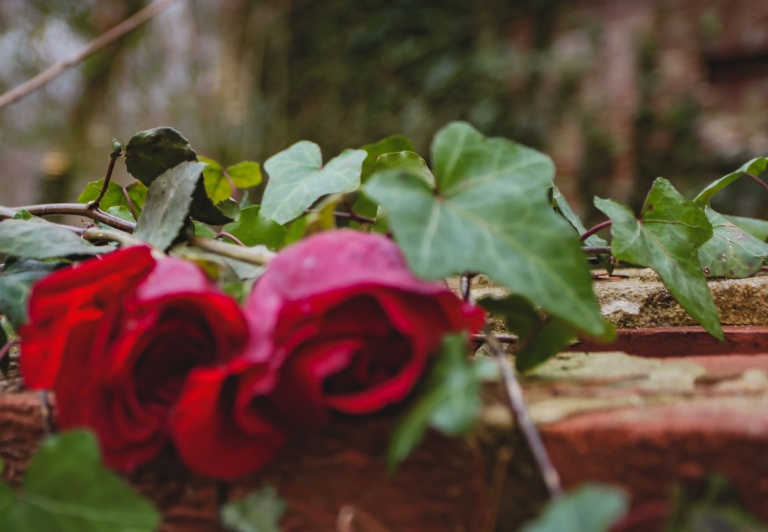 There was a small private funeral service held at Corpsewood Manor for Dr. Charles Scudder and Joseph Odom. Odom’s ashes were scattered in the rose garden by the house. Dr. Scudder’s ashes were taken back to Wisconsin by his sister and buried in the family plot on April 25, 1983. By 1986, Dr. Scudder’s gold-encrusted harp and a bronze statue of Mephistopheles from Corpsewood had fallen into the hands of famed defense attorney Bobby Lee Cook. Cook had been hired by Dr. Scudder’s four sons to represent their claim to the estate. Joseph Odom’s sister also claimed the estate, since Dr. Scudder left everything to him in his will. The property was purchased soon after the murders. Today, it remains privately owned.