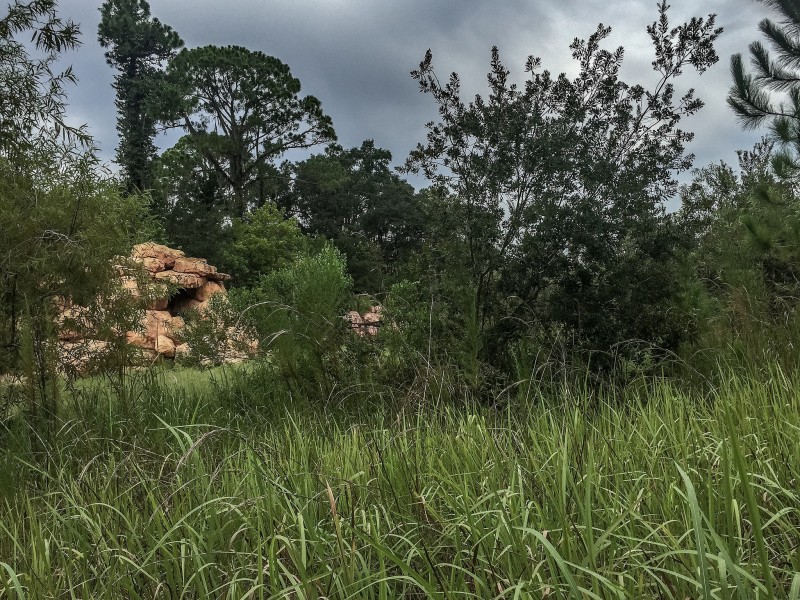 River Country was the first water park at Walt Disney World in Orlando, Florida. The park, located near Fort Wilderness Resort and Campground, opened on June 20, 1976, and closed in November 2001. The Walt Disney Company announced River Country would remain permanently closed on January 20, 2005. Before deciding on River Country, the working title was “Pop’s Willow Grove.” The water park was described as an “old-fashioned swimming hole” with “a twist of Huckleberry Finn.” Disney gave the park a rustic wilderness theme, complete with homemade boulders and rocks. River Country’s most significant attraction, Bay Cove, featured a sandy bottom and unique water filtration system that used confluent water from adjacent Bay Lake, which was dammed off creating a lagoon.

The park’s water was kept at a higher level than the lake, which was an effort to keep out unfiltered lake water. Water from Bay Lake was pumped along the lake bottom to a pump system inside a massive artificial mountain. From there, the water was forced down the water slides at over 2,000 gallons per minute, back into the lagoon. This was done to constantly replenish the water supply in the park as well as sweep guests down the slides. In June 1976, River Country’s grand opening attracted more than 700 reporters and their families. In its first year, River Country averaged 4,700 guests per day.

On August 22, 1980, an 11-year old boy died after he contracted a rare disease caused by amoeba while swimming on vacation in Disney’s River Country. The deadly amoeba is found in Florida fresh-water lakes and can enter through the nose, attacking the nervous system and brain. Two years later, a 14-year old boy drowned after plunging into Bay Cove from the drop at the end of the Whoop ‘n Holler slide. Although a sign was posted – Rapid Water Strong Swimmer’s Only – an attorney for the family argued there were no warnings on how deep the water was. During the trial, a Disney lifeguard stated some days up to 75 people would need assistance after plunging into the lagoon from the slide. The family received a $375,000 settlement.

Like in past years, River Country closed at the end of the warm weather season in 2001, with the expectation it would reopen in the spring. In April 2002, the Orlando Sentinel reported that the water park might not open. In 2005, Disney announced that River Country would never reopen. Rather than be demolished, the water park was left abandoned. In March 2018, Disney filed permits for a new development labeled “Project 89” and will be another themed resort estimated to open in 2021 for Walt Disney World’s 50th Anniversary.