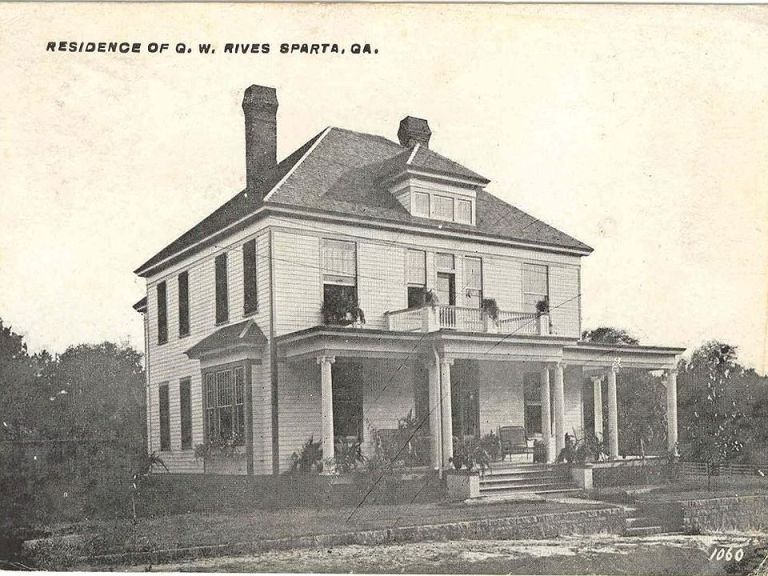 Constructed in 1890, the G. W. Rives Home encompasses over 6,000 square feet with five bedrooms and three bathrooms. George William Rives was born in 1867 and died in 1935. He was married to Lily Moates Rives and is buried in the Sparta Cemetery. Members of his family were also owners of the well-known Harley-Hurt-Rives plantation nearby. In the early 1990s, the house was purchased by a doctor who planned to convert the property into a nursing home. However, the nursing home never materialized.

In recent years, the front porch has deteriorated and collapsed. Broken windows have exposed the house to the elements, allowing leaves to blow across the hardwood floors. In the past, the home sold at auction. That owner never did anything with the property. It has been for sale on and off for the last decade. At one point, the home was reduced to half of the asking price. Finally, the home was sold in October of 2019. 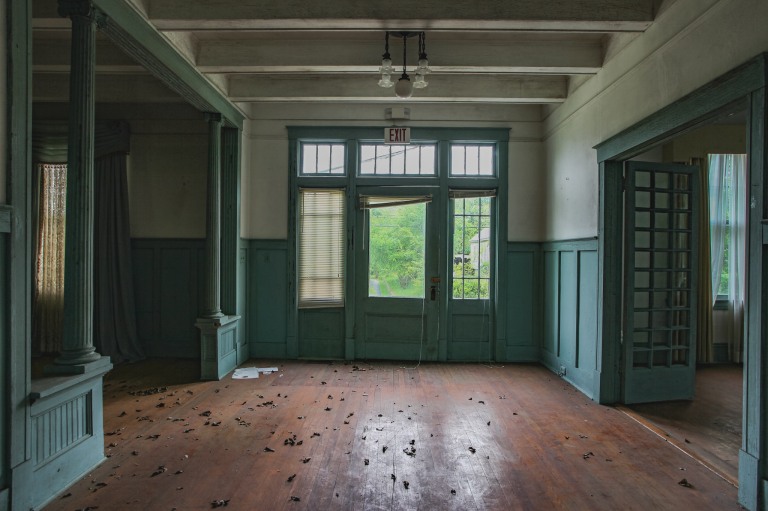 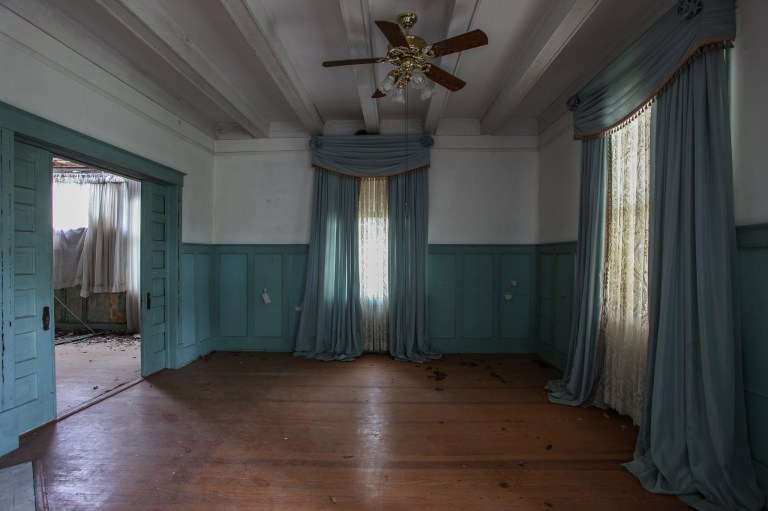 The term ‘haint’ is a variation on the word ‘haunt,’ also known as a restless spirit or a lost soul. The color haint blue originated from the belief that it would ward off evil spirits. African slaves first used haunt blue paint in the coastal areas of Georgia. According to Gullah culture, the blue tint is representative of water. Haint blue is not one specific color, but a range of hues that emulate colors of the sky or ocean.