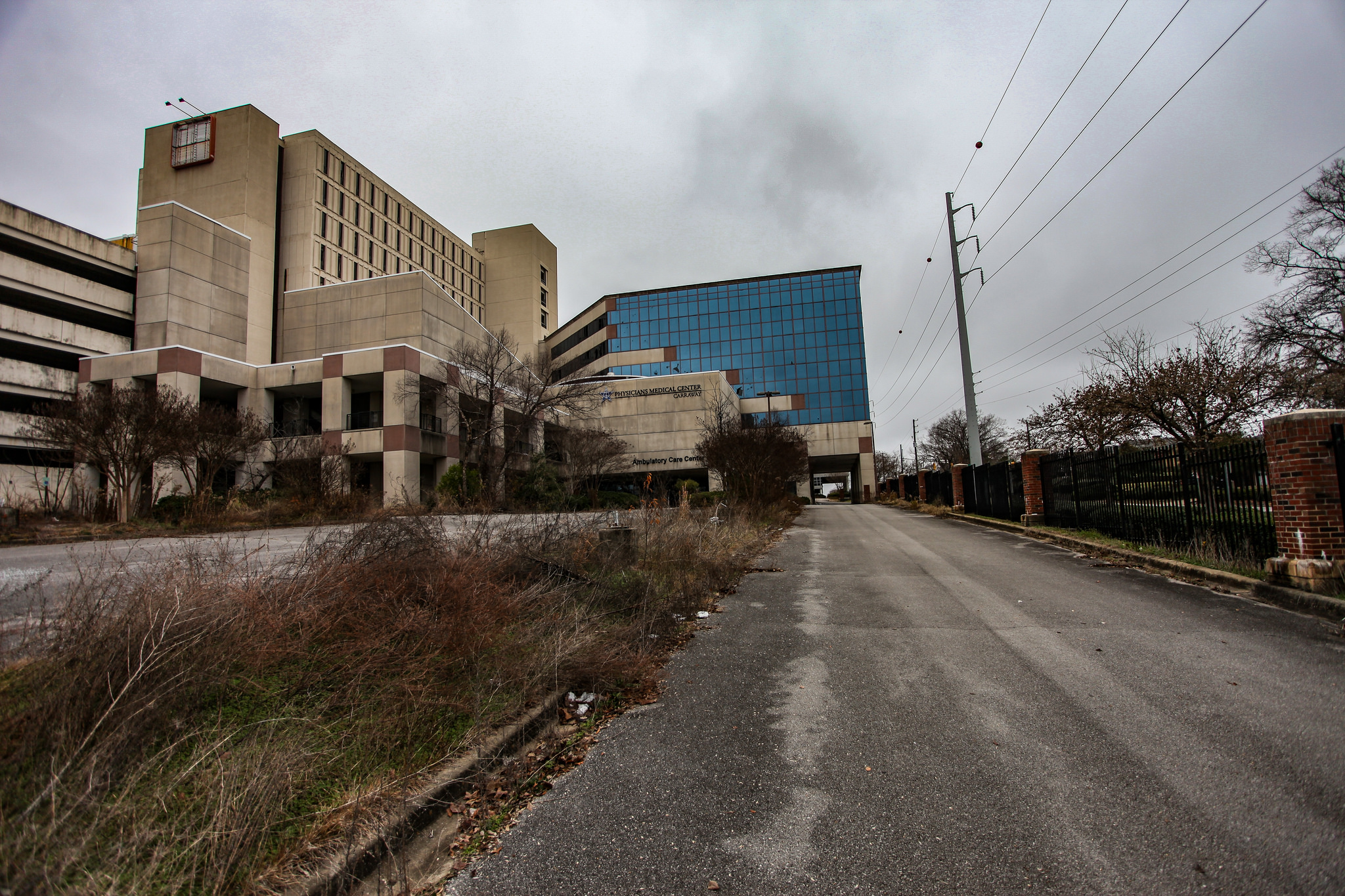 The abandoned Carraway Hospital in 2018.

In 1908, Dr. Charles Carraway built a 16-bed hospital and office next to his home in Pratt City. He named it Carraway Infirmary. Carraway financed the facility by contracting with Birmingham’s industrial employers to provide health care to workers’ families based on a monthly fee. Businesses would pay $1 per employee or $1.25 per family for treatment. Dr. Carraway would even make house calls in his 1903 Cadillac. In 1917, Carraway purchased a lot on the corner of Sixteenth Ave and Twenty-Fifth Street, and moved his practice to the present location in Norwood, renaming it Norwood Hospital.

Inspired by Charles and William Mayo of the Mayo Clinic in Minnesota, Carraway brought in other doctors to practice under one medical group. The group would be incorporated in 1926 as the Norwood Clinic. The clinic became Alabama’s first multi-specialty medical group practice. The hospital added an additional nursing wing in 1949 with a $200,000 federal grant.

An old entrance to Norwood Clinic

After Dr. Charles Carraway suffered a stroke in 1957, his son, Dr. Ben Carraway, was appointed in his place as Chairman. Under his guidance, the hospital, then known as Carraway Methodist, grew from 256 beds to 617 beds. Now a Birmingham landmark, the notable blue star was placed on the roof during Christmas in 1958. Dr. Charles Carraway died in 1963 and is buried in Elmwood Cemetery.

The iconic blue star on the rooftop of Carraway Hospital.

The Purcell Wing opened in 1957 and was the first of many renovations of the medical center. Like most of Birmingham during the 1960s, Carraway Hospital was segregated. The hospital came under scrutiny in 1961 after staff refused admittance to James Peck, a white Freedom Rider who was severely beaten by the Ku Klux Klan. The hospital was racially integrated by 1968. Although, accusations of racial discrimination against the hospital were made in the 1970s.

Throughout its history, Carraway Hospital remained a leader in medical care. The $27 million Goodson Building was completed in 1974, with Charles Carraway’s 1903 Cadillac on display in the lobby. In the 1980s, the facility added the only Level 1 Trauma Center in Birmingham, 3 Lifesaver helicopters, a hyperbaric oxygen therapy department, a sleep center, and a wound care center. The Lifesaver helicopter program carried 30,000 patients as part of Carraway Hospital and was one of only 5% of emergency flight programs that placed physicians on every flight. 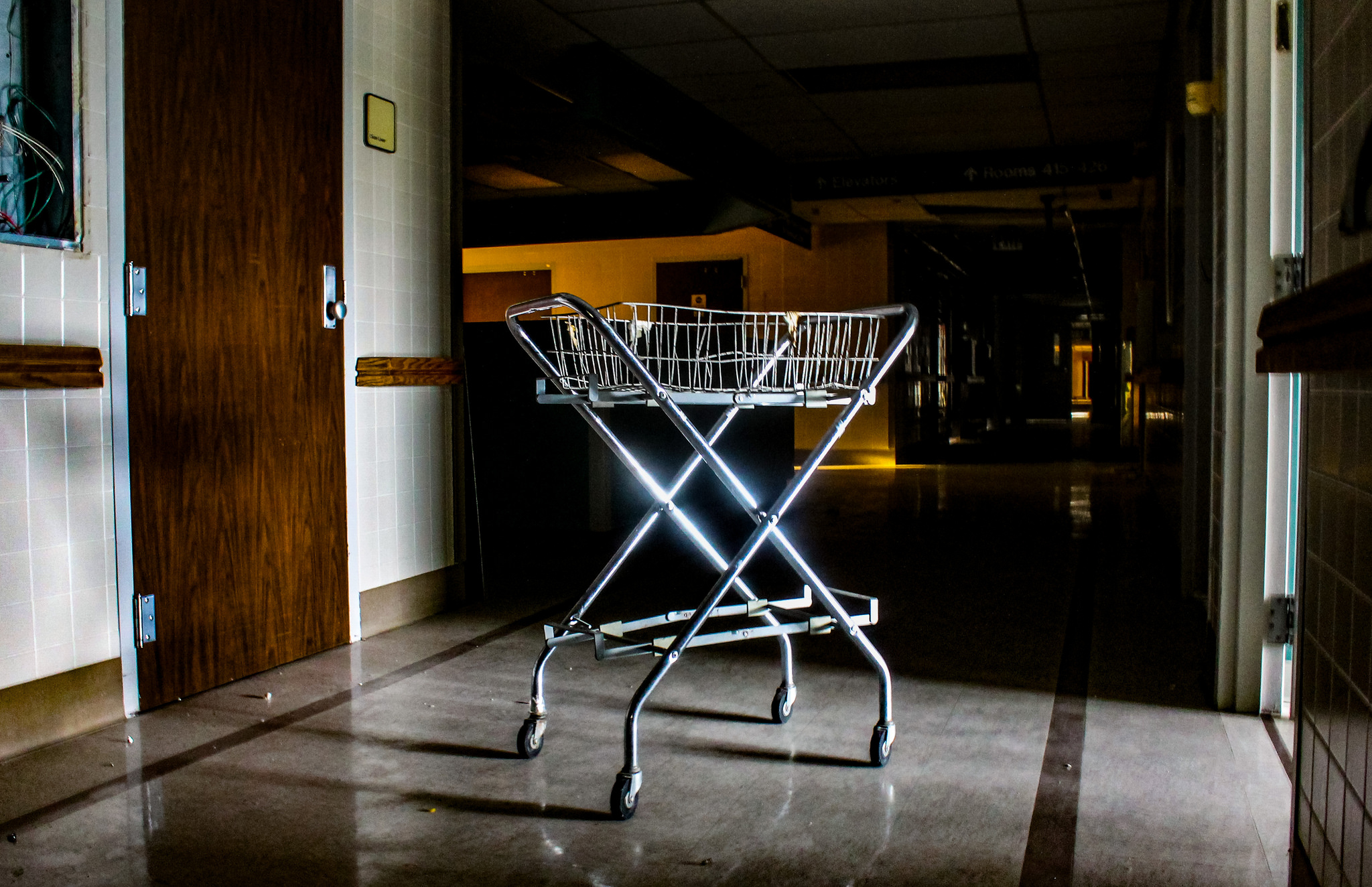 A dark hallway inside of the closed hospital in 2014.

Carraway Hospital began facing financial difficulties in the early 2000s. The hospital began looking for a buyer in 2001. During that time, the Chairman was the founder’s grandson, Dr. Robert Carraway. The Birmingham News blamed the declining Norwood neighborhood and decades of choosing patients over profits for the institution’s financial demise. In September 2006, Carraway Hospital filed for Chapter 11 bankruptcy protection, with ownership being placed up for auction. A group of doctors bidding as Physicians Medical Center LLC submitted the highest bid of $26.5 million. 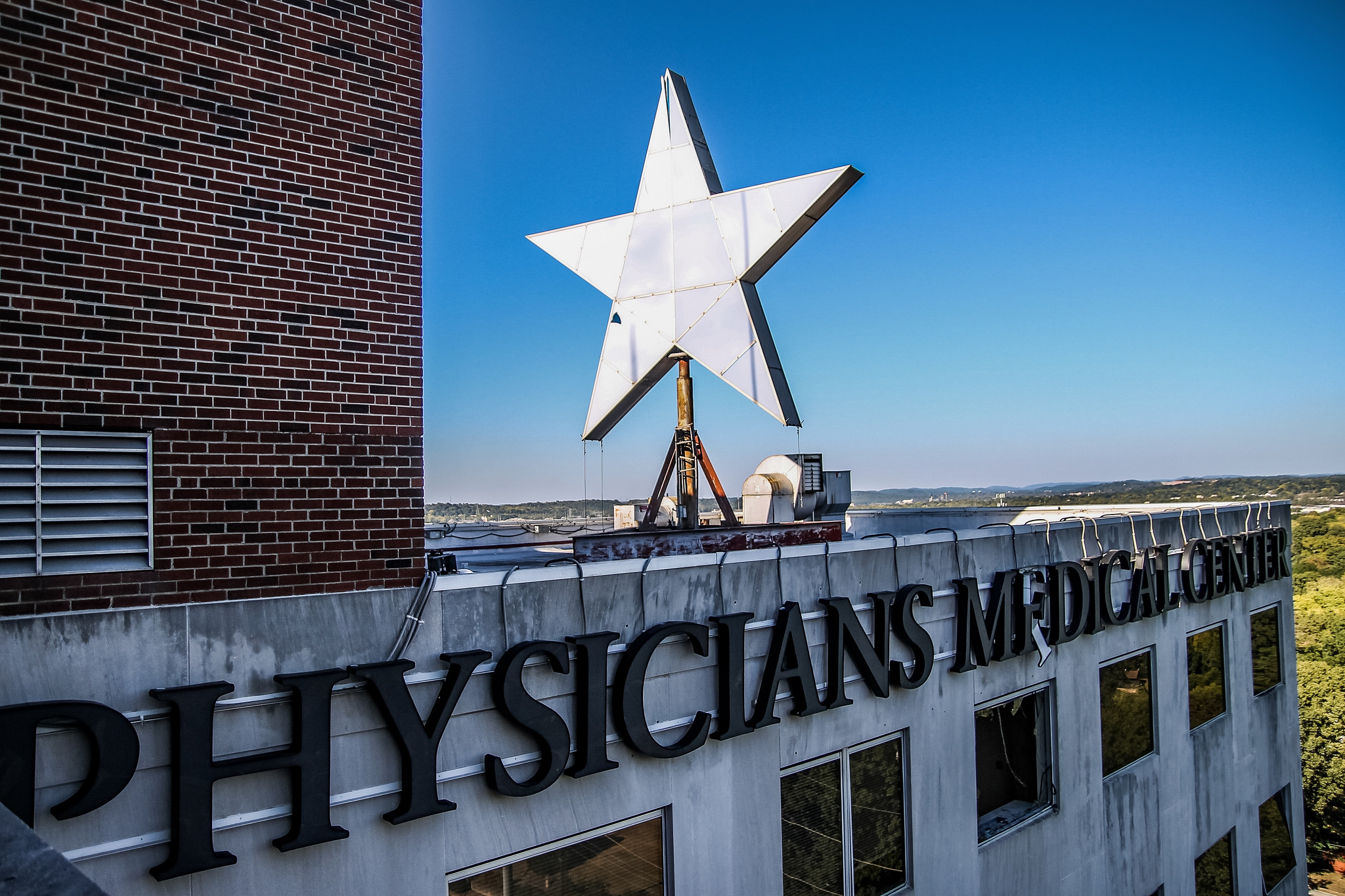 After the buyout, the new owners changed the name in early 2007 to the Physicians Medical Center. The hospital was able to turn a profit for the first time in many years in June 2008. Sadly, the newly found success was short-lived. By October 2008, Carraway was unable to make payroll. The hospital officially closed on October 31, 2008, after 100 years in business. In 2009, a South Korean investment firm proposed to buy Carraway Hospital and reopen it as a training center for nurses. That plan never materialized. The Lovelady Center, a non-profit women’s rehab center, purchased Carraway Hospital for $6 million in 2011.

The main atrium inside of Carraway Hospital

The Lovelady Center planned to spend $15 million over 3 years to convert the 52-acre campus into a multi-use development that would include the rehab center, a hotel, emergency, room, pharmacy, and a long-term medical care center. The finished project would be called Metro Plaza. The neighborhood committees around the hospital opposed the Lovelady Center moving into Carraway. They believe a transitional housing center would be a step back for the community and not a beneficial use of the massive complex. In 2016, the Lovelady Center announced they were selling Carraway Hospital, after being turned down by the local zoning board for not meeting regulations. The future remains uncertain for Carraway Hospital, but city leaders are hopeful that the prime location may attract a new developer. Check out my book Abandoned Birmingham for more abandoned places. 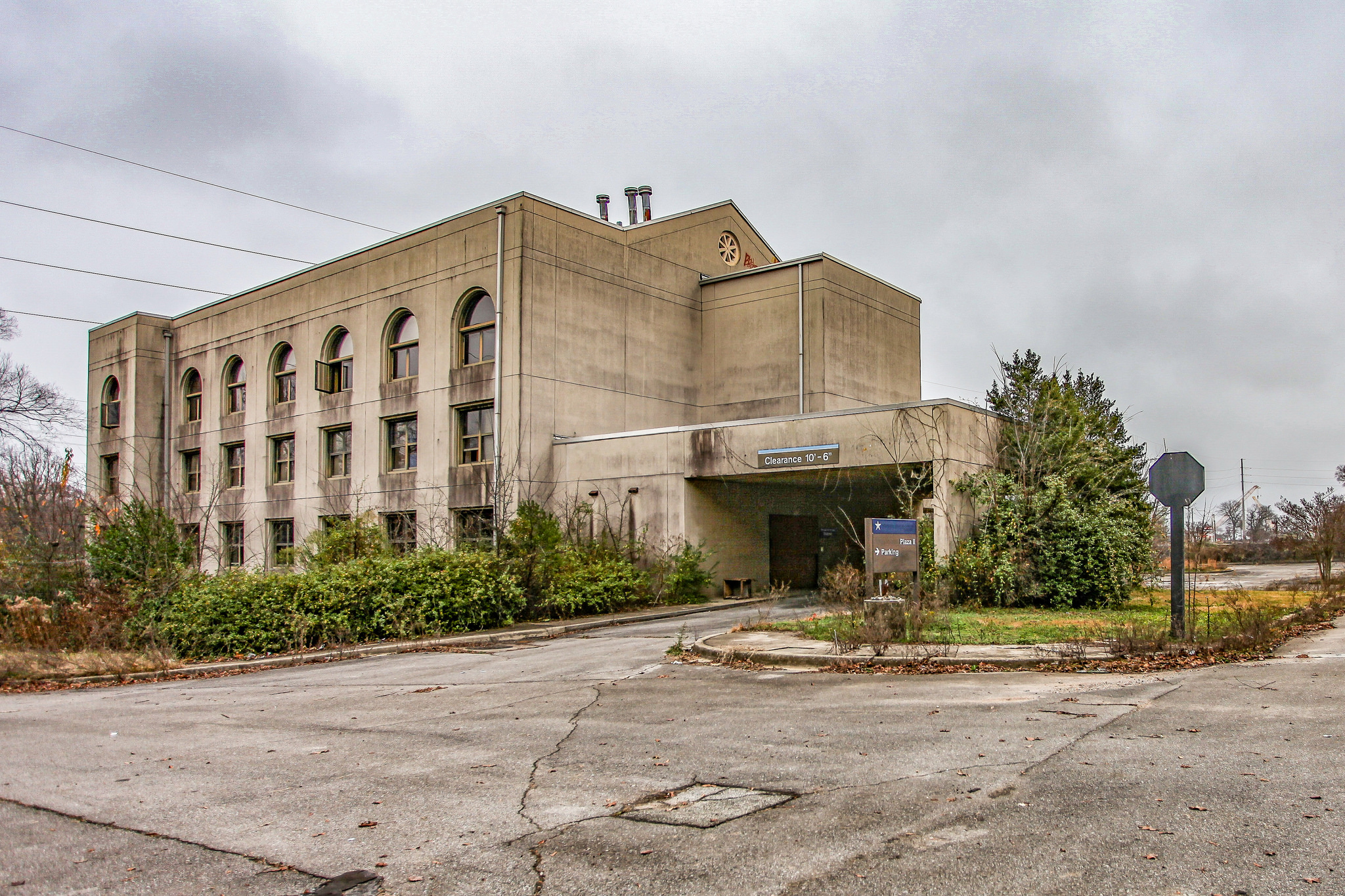 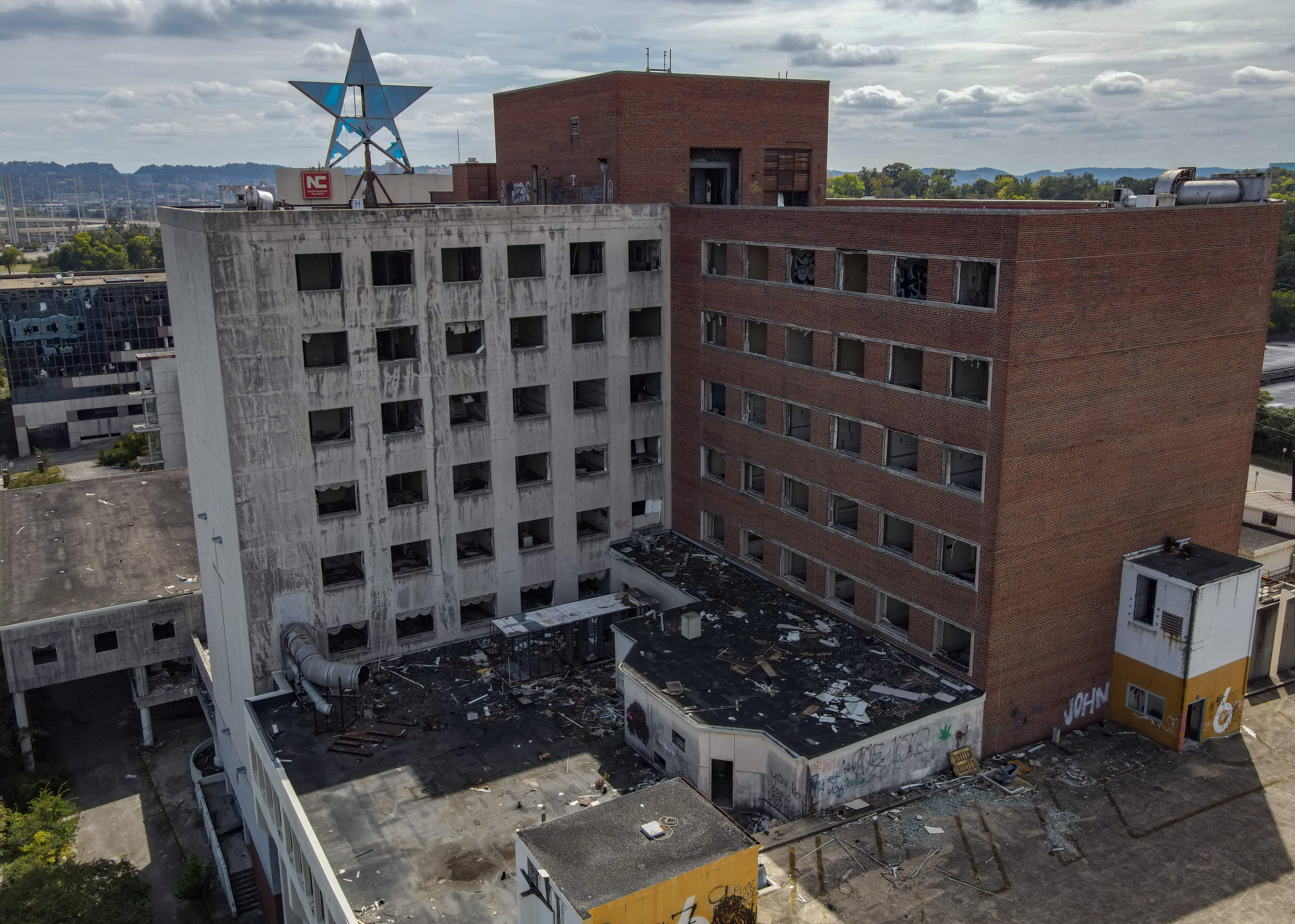