The 19th century in the United States was an era of tremendous change. An industrial revolution ignited the country, while a Civil War divided the nation. During this time, those suffering from mental illness were housed in private homes and poorhouses. As populations increased, this practice became impractical. State legislators in South Carolina pushed for a state-operated hospital to care for and provide treatment for the mentally ill. In 1821, the General Assembly established the South Carolina Lunatic Asylum. The first patient was not admitted until December of 1828 due to a lack of funding and delays. The Mills Building, named after its architect Robert Mills, was the first building constructed to house patients. It is the nation’s oldest surviving mental hospital structure and a National Historic Landmark. Today, it is occupied by the South Carolina Department of Health and Environmental Control. 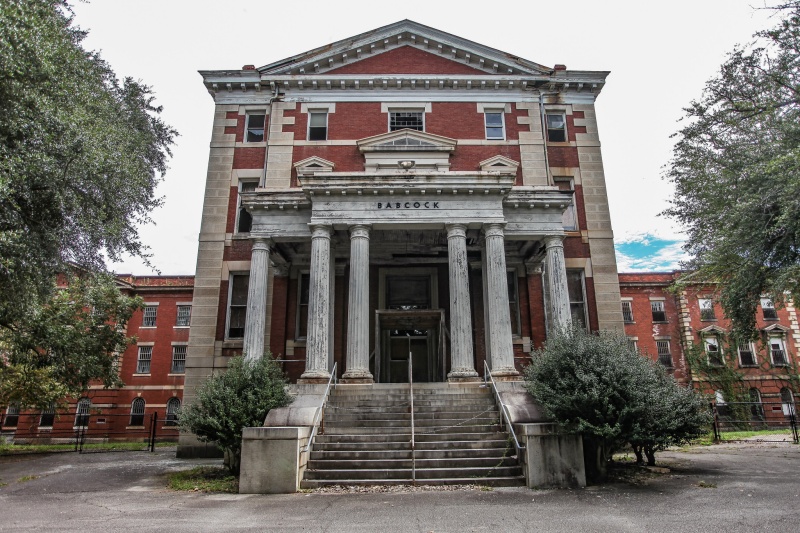 The Babcock Building was the second building constructed to house patients on the campus of the South Carolina Lunatic Asylum, later renamed the South Carolina State Hospital. The building was named for Dr. James Woods Babcock, superintendent from 1891-1914. The first section of the Babcock building was designed by George Walker in 1858. Walker died before the south wing was completed. Although he died before even his own section was completed, his work became the basis for the rest of the building’s construction. From 1880 to 1882, Gustavus T. Berg built the north wing in the mirror image of the completed south wing. The central portion was designed in the Italian Renaissance Revival style, with  its iconic dome, by architect Samuel Sloan. Finally, after four construction campaigns, the Babcock Building was completed in 1885. The building is over 250,000 square-feet and has 1,100 windows and 20-inch thick masonry walls.

The Babcock Building was designed to not include subterranean patient housing. For its time, it was considered heavily fireproofed. The architects who designed each section of the Babcock Building modeled it after the Kirkbride Plan but it does not completely comply with Kirkbride standards. Babcock does not have staggered blocks within its wings as would be seen in a true Kirkbride. The head physician of the South Carolina Lunatic Asylum, Dr. Trezevant, successfully argued that staggering blocks within its wings would not allow for the ventilation needed in the warm Southern climate. However, against Trezevant’s wishes, the halls were built in double-range, with rooms on either side of the hallway. The patient rooms faced the South in order to provide fresh air. The doors on the patient rooms had hidden hinges and locks to make it feel less prison-like. 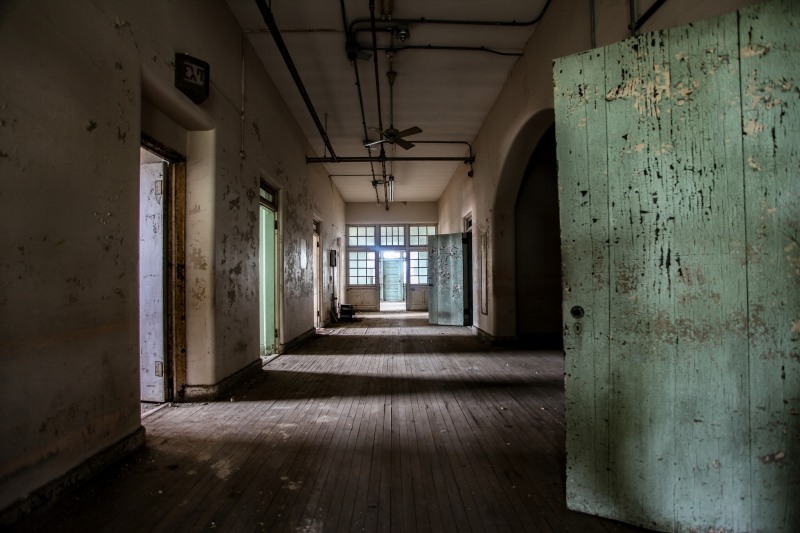 At first, the asylum would only accept patients who were wealthy enough to pay for their care. By the 1850s, the average patient paid $250 annually. A separate eating area was available for an additional $100. The indigent were admitted for an annual fee of $135, billed to the patient’s local government. As more poor people became accepted, the costs became harder to collect. The asylum depended heavily on state funding since the patient population was close to 200. Throughout the first twenty years, few black patients were admitted. In 1849, the General Assembly passed an act allowing the admission of black patients, both free and slave.

Funding to the South Carolina State Hospital significantly decreased during the Civil War. The hospital’s superintendent opposed turning the grounds into a prisoner-of-war camp. The Confederate Army did not take the Babcock Building, but the grounds were used as a prison camp for Union troops from October 1864 to February 1865. When Union General William T. Sherman came to Columbia, residents fled to the state hospital for refuge. The superintendent opened the doors and allowed residents to seek shelter inside, even using his own funds to provide them with food and other necessities. 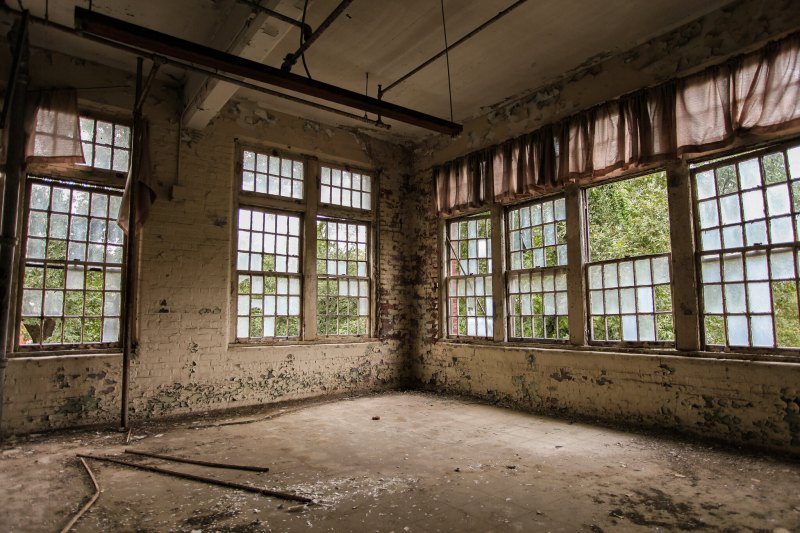 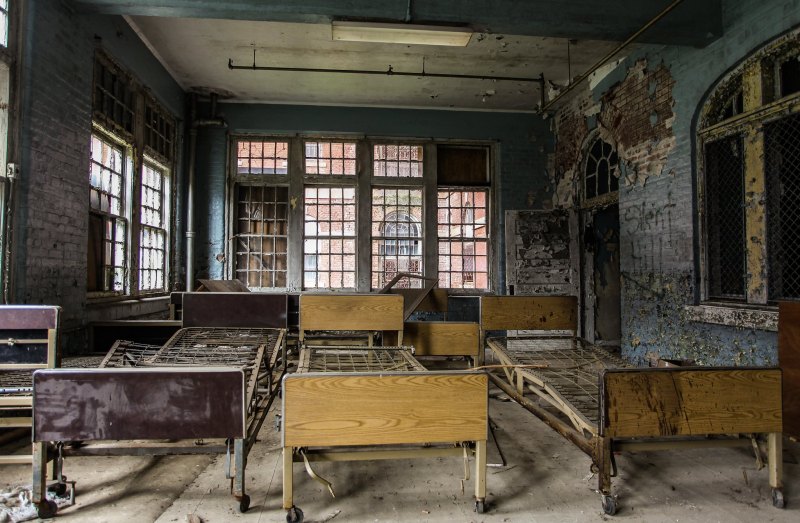 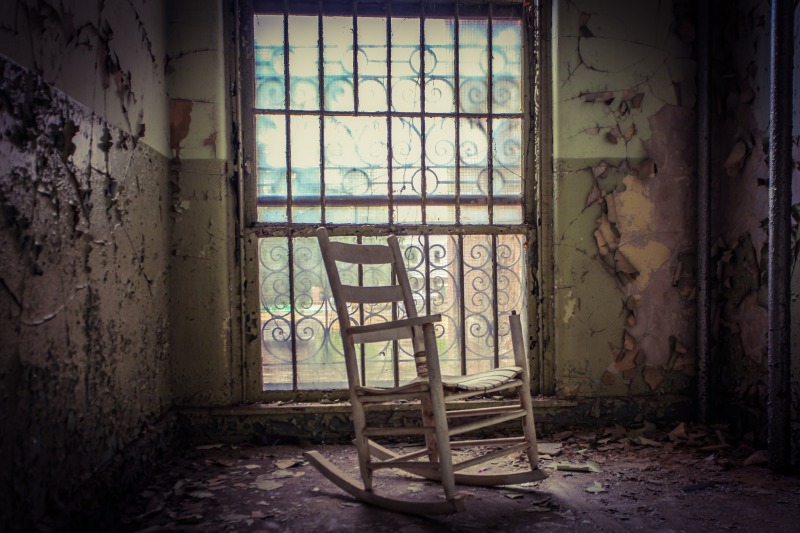 Despite its innovative architecture, many patients complained about the poor lighting, the small rooms, narrow hallways and flooding on the ground floor. Many families preferred to care for their mentally ill relatives at home, or even in the county jail as opposed to the state-operated hospital. After South Carolina assumed direct responsibility for all mentally ill patients in 1871, the county jails transferred patients to the state hospital. By 1900, the asylum population had ballooned to over 1000. Sadly, 30% of the patient population died each year.

During the early 1900s, thousands of Americans were becoming sick and dying of a mysterious disease known as pellagra. The symptoms of pellagra included diarrhea, skin diseases, depression, seizures, and dementia. Many sufferers of this disease found themselves in these state-operated hospitals. These hospitals became a convenient place to warehouse people. Due to overcrowding, conditions were beyond deplorable, and patient care was nonexistent.

In 1914, asylum physicians determined the cause to be a vitamin B3 or niacin deficiency. A coalition of state hospital superintendents from all over the United States, along with local health officials, organized several meetings at the Babcock Building to discuss the infectious disease. One doctor hypothesized poverty was part of the problem, and malnutrition could be directly linked to the disease. Other physicians were skeptical that germs did not play a more significant role.

To prove his theory, the doctor orchestrated “filth parties” where he, along with his wife and assistants, injected themselves with blood, ingested scabs, bodily fluids, and feces of patients. No one developed pellagra. He also did decisive experiments with Mississippi prison inmates, who volunteered in exchange for a full pardon. The doctor fed the inmates a poor diet and within a few months, many of them developed pellagra. He then added fresh vegetables, meats, and milk to their diet and reversed all of the signs and symptoms of the disease.

The 20th-century brought significant changes to the South Carolina State Hospital. The superintendent pushed for outpatient clinics and programs to educate the public about mental illness, including its causes and methods of care. The first permanent outpatient clinic in Columbia opened in 1923. The success of the clinic inspired the opening of travel clinics throughout the state.

During the 1950s, the discovery of phenothiazine controlled many of the symptoms of mental illness, allowing the wards to be unlocked and patients to roam more freely. The introduction of Medicaid and other social welfare programs in the 1960s helped spur a large-scale relocation of patients to community-based mental health centers. In 1964, the Department of Mental Health was created as an independent agency to assist South Carolina with research, mental health education, professional training, along with other community services.

By the end of the 1970s, patient’s rights became a key role in the renewed emphasis on caring for the mentally ill. In 1985, a U.S. Department of Justice report noted that conditions at the South Carolina State Hospital were “flagrantly unconstitutional.” The DOJ entered into a four-year decree to provide increased funding for all patients. By the 1990s, wards began slowly being closed. Soon, entire floors of the Babcock Building were abandoned, as patients were discharged to group homes and local care facilities.

In December 2018, the Columbia Fire Department responded to a two-alarm fire at the property. Fire crews arrived to find the roof of the south wing of the Babcock Building ablaze. The fire was investigated and believed to be caused by arson. 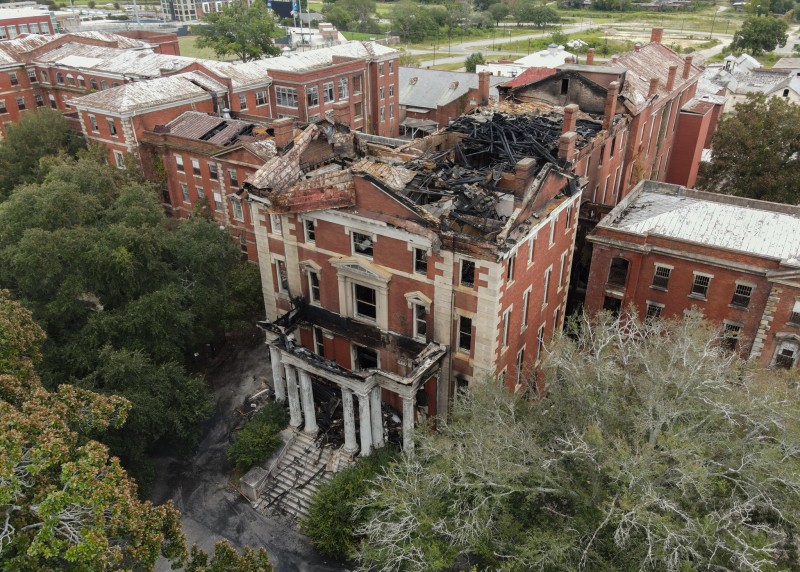 In September 2020, firefighters arrived early one Saturday morning to find flames coming from the basement. The three-alarm blaze burned the building’s roof causing the iconic dome to collapse in the fire. The fire also caused structural collapses to the central core of the structure. Officials say 50 firefighters and 10 trucks were on the scene. It took 10 hours for crews to put the fire out. The local police are investigating and have identified six people seen in the area shortly before the fire.